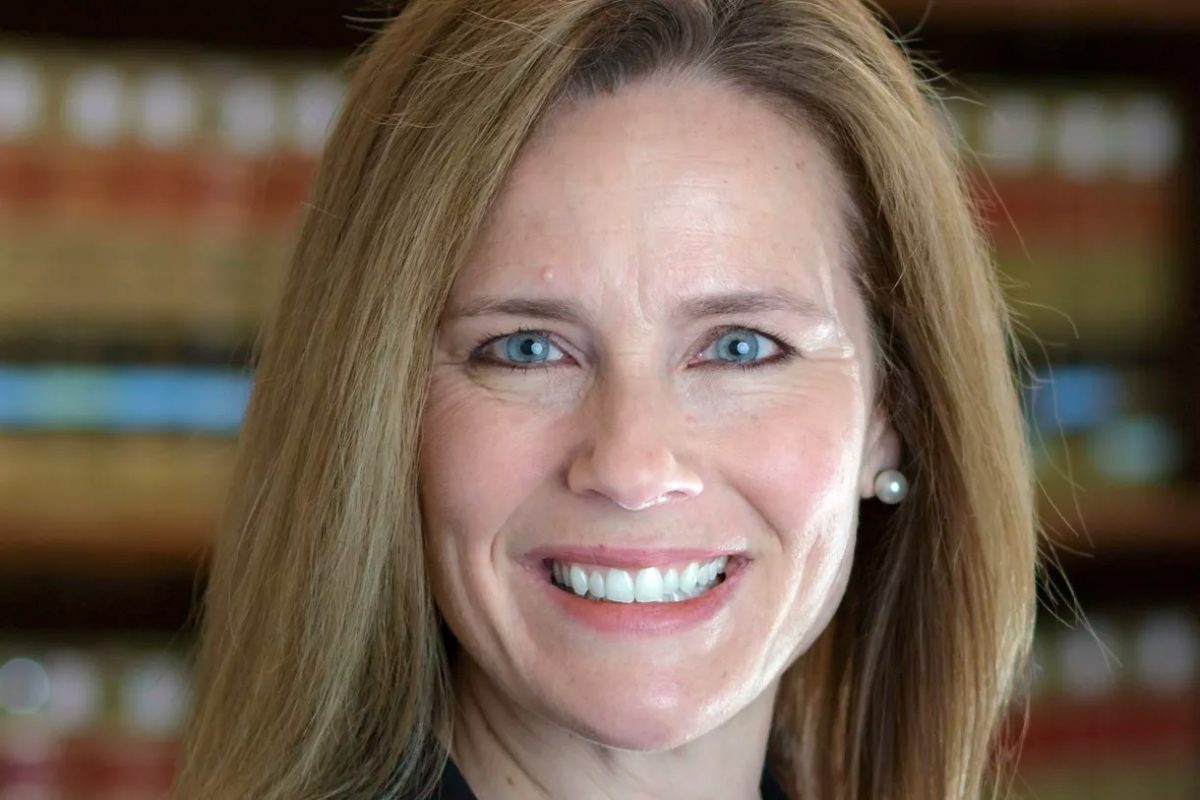 When Amy Coney Barrett replaced Ruth Bader Ginsburg on the Supreme Court Trump supporters hoped it meant a permanent shift on the court.

That theory is about to meet a major test.

And Joe Biden is presenting Amy Coney Barrett with an unthinkable choice.

Terrible tragedies in Atlanta and Boulder allowed the gun-grabbers to spring into action.

The gun control fight is also playing out in the court system.

The Bureau of Alcohol, Tobacco and Firearms formally criminalized bump stocks in 2018 more than one year after a deranged gunman used the little-known firearms accessory as part of a mass shooting in Las Vegas during a music festival.

Judge Batchelder rejected the bump stock ban ruling that the Bureau of Alcohol, Tobacco and Firearms was not entitled to the Chevron deference in this case.

The Chevron deference applies in administration law cases and holds that the courts should defer to agencies’ interpretations of law.

“After finding that the ATF’s interpretation was entitled to Chevron deference, the district court held that the Final Rule’s classification of bump stocks as machine guns was ‘a permissible interpretation’ of § 5845(b). Accordingly, the court concluded that Plaintiffs-Appellants were unlikely to succeed on the merits and denied the preliminary injunction,” Judge Batchelder ruled.

Judge Batchelder ruled that the Chevron deference did not apply in this case because banning bump stocks carried criminal penalties which moved the bumpstock ban outside the confines of administrative law.

“Because an agency’s interpretation of a criminal statute is not entitled to Chevron deference and because the ATF’s Final Rule is not the best interpretation of § 5845(b), we REVERSE the district court’s judgment and REMAND for proceedings consistent with this opinion,” Judge Batchelder wrote.

Biden’s base wants guns and everything to do with guns banned.

And they are not willing to take no for an answer.

If the Biden administration does not appeal this decision, the bumpstock ban is wiped off the books, which will make the gun-grabbers’ blood boil.

But if Biden appeals the case, Biden is facing a six justice conservative majority thirsting for a chance to expand the scope of the Second Amendment.

If Biden appeals, he can likely count on Chief Justice John Roberts to side with the left as he does in virtually every important case.

That leaves the anti-gunners one vote short.

Justice Amy Coney Barrett has not thrilled conservatives with some tepid votes and Biden may take the chance that a public pressure campaign will push her to fold and provide the gun-grabbers with a fifth vote in this case.