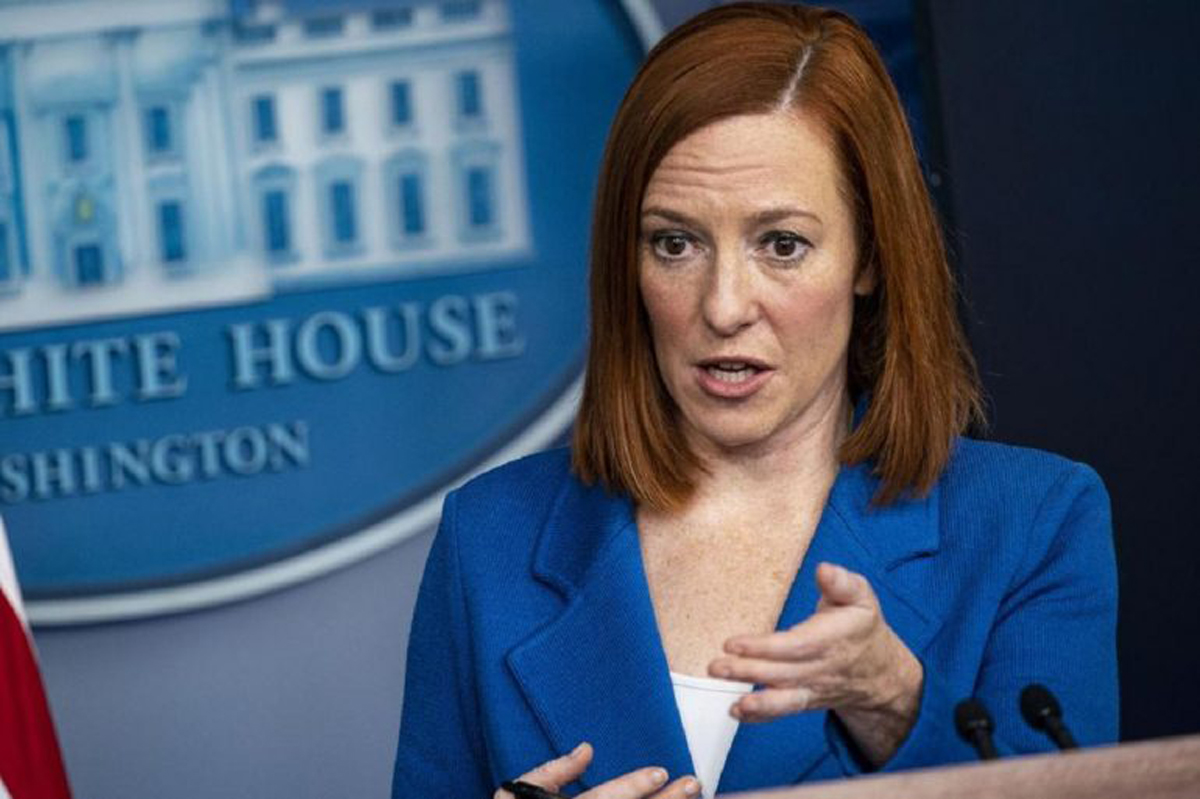 Jen Psaki continues to flail about in her job as White House press secretary.

Joe Biden folded under pressure from the left after initially announcing he would keep Donald Trump’s cap on refugee admissions at 15,000 for 2021 after promising to throw open the borders to 62,500 refugees in his first year in office.

Alexandria Ocasio-Cortez slammed the backtrack as “unacceptable” and the number two Democrat in the Senate Illinois’ Dick Durbin ruefully stated “say it ain’t so.”

Within hours Biden reversed course and appeased the left with a statement saying that the administration would lift Trump’s refugee cap by May 15.

“I’m still just a little bit confused about what changed between 1 p.m. on Friday and 4:30 p.m. on Friday to go from ‘We’re not raising the refugee cap,’ to ‘We are raising it by May 15,’” Fisher then asked Psaki, “What changed in those three-and-a-half hours?”

Psaki then falsely tried to claim there was no flip-flop by Joe Biden.

“We never said we’re not raising the refugee cap,” Psaki responded. “In the morning we said, actually, with the information we put out, once we reach 15,000, we will raise it. That was not accounted for.”

Psaki claimed that Biden was not reversing course at all.

“Let’s be clear. We are changing the policies of the last administration,” Psaki added.

That led to Fisher pushing back wondering if Democrats browbeat Joe Biden into opening the borders to a massive influx of refugees.

“So are you saying this had nothing to do with the pushbacks from Democrats on Capitol Hill?” Fisher responded.

Psaki would not give any ground and actually demanded that Fisher—a reporter—answer questions from a government official.

“That’s not my job to do that!” Fisher shot back.

“It is if you’re asking a question,” Psaki sneered.

Biden’s capitulation on lifting the refugee cap after Alexandria Ocasio-Cortez sent one tweet proved Donald Trump’s argument from the campaign trail that Biden was a mentally shot puppet that socialists knew they could push around.

Joe Biden is now facing increasing pressure from the left to scrap the filibuster so Democrats can grab guns, grant amnesty to illegal aliens, and pass new laws to make it impossible for Republicans to win elections.

Democrats need Biden to keep his veneer of moderation because all of those ideas are politically toxic and threaten Democrats’ control of Congress in next year’s midterm elections.

That’s why Jen Psaki danced around Fox News’ questions about the sequence of events that led Joe Biden to fold his cards on the influx of refugees into America.