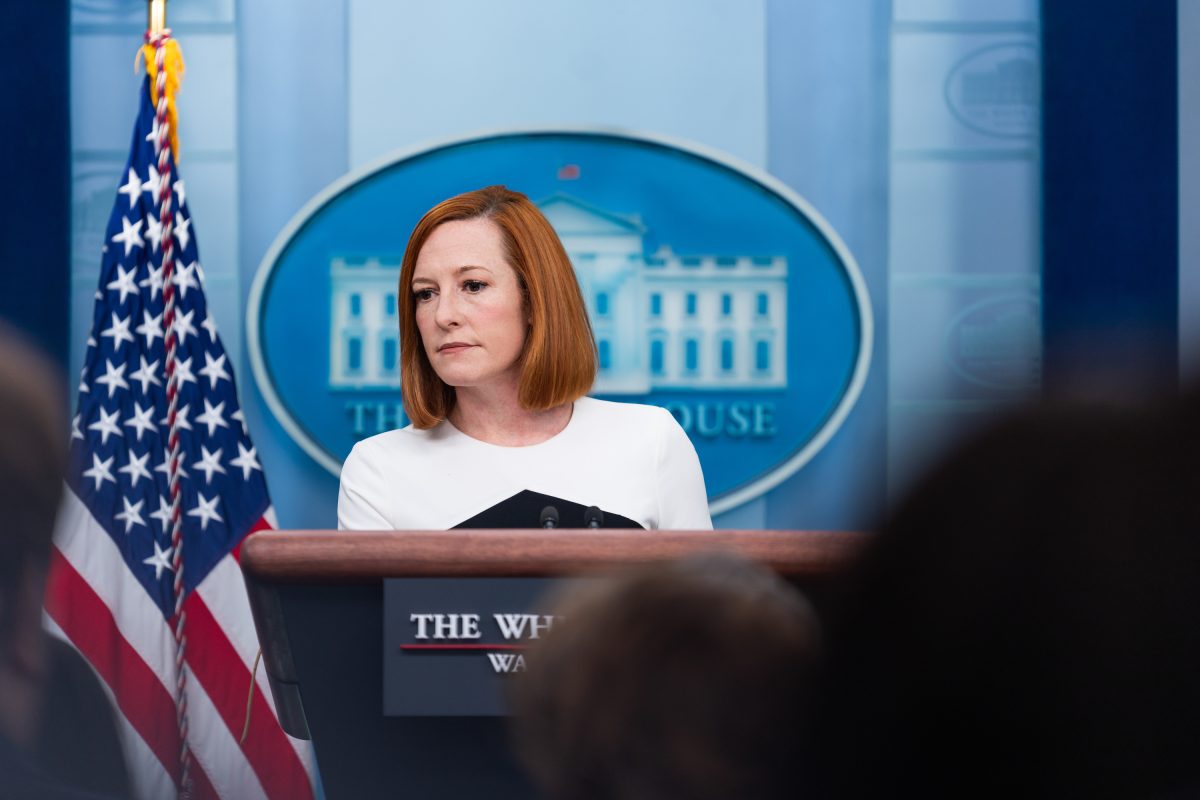 Psaki ended her tenure in scandal.

And what Jen Psaki just admitted will give some Democrats legal problems.

Jen Psaki doubled down on Joe Biden and the rest of the administration’s support for pro-abortion mobs to march on the homes of conservative Supreme Court justices to try and pressure them into upholding Roe v. Wade.

Psaki: “We certainly continue to encourage [protests] outside of judges’ homes”
pic.twitter.com/nLJw2yXocH

And for the first time that anyone can remember in American history the White House press secretary openly encouraged criminal behavior.

The federal criminal code makes it illegal to intimidate judges or influence their decisions.

In 2015 the Obama administration’s Department of Justice won a guilty plea from a man named Rives Grogan for parading inside the United States Supreme Court in protest of a case involving the legalization of homosexual marriage.

It is hereby declared that the protection and preservation of the home is the keystone of democratic government; that the public health and welfare and the good order of the community require that members of the community enjoy in their homes a feeling of well-being, tranquility, and privacy, and when absent from their homes carry with them the sense of security inherent in the assurance that they may return to the enjoyment of their homes.

The Obama administration had no issue jailing a conservative activist for obstructing the administration of justice for protesting a court case involving homosexual marriage.

There is no exception for “peaceful protests” under this – or the Virginia state – statute.

The activist the Obama administration bragged about arresting was not accused of violent behavior or attacking the Supreme Court justices.

“Grogan entered the courtroom at about 10:30 a.m., as arguments were under way.  A short time later, he stood and began yelling statements in a very loud, forceful voice toward the front of the courtroom, where the Justices were seated at the court bench. Among other things, he stated that ‘the Bible teaches if you support gay marriage, you could burn in hell for eternity.’ Police officers attempted to detain him, but Grogan refused to leave his bench. Then, as officers attempted to grab him and take him out of the courtroom, he continued to shout statements. This continued as he was escorted through the building and to a holding area. He could still be heard by attendees in the courtroom,” the Department of Justice statement read.

Equal justice under the law demands that the FBI and Department of Justice sweep up these mobs torturing the justices and their families.