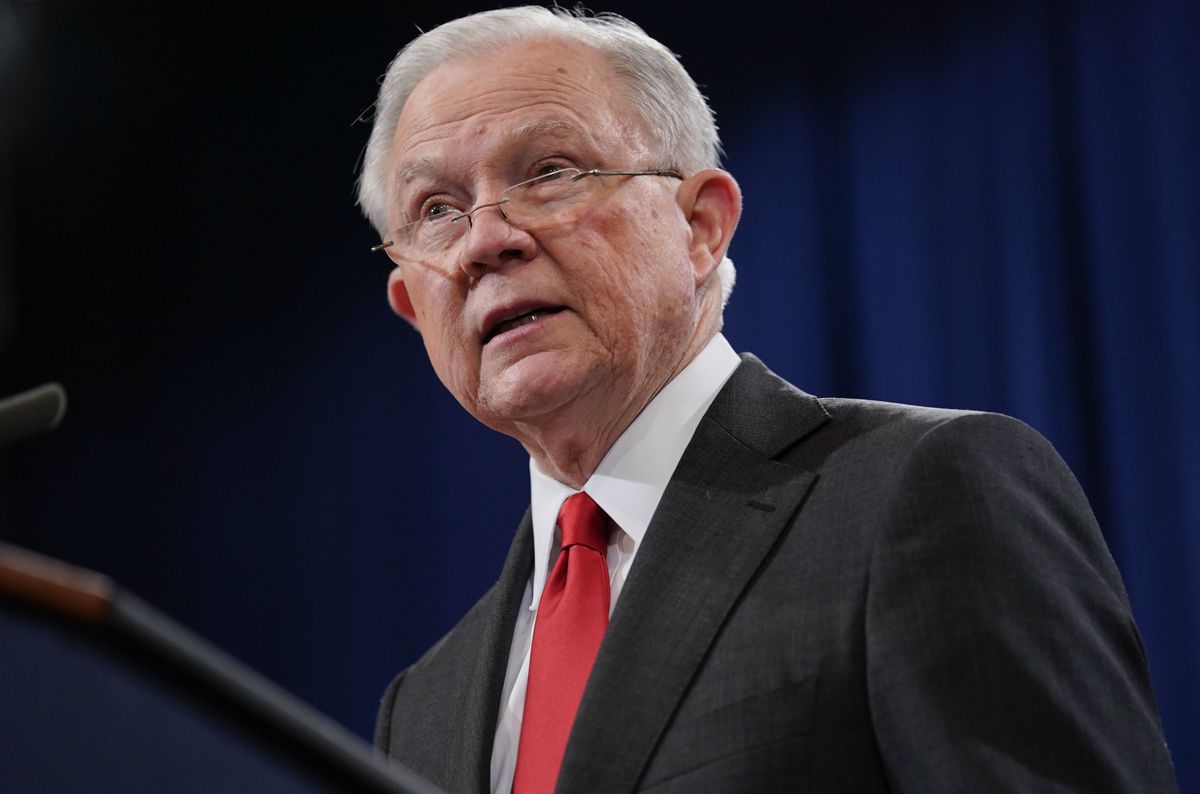 Donald Trump thought his feud with former Attorney General Jeff Sessions was over.

But Sessions just reignited it.

Jeff Sessions time as Attorney General was filled with controversy.

But Sessions has re-emerged in the public eye and everyone wants to know what it means.

And now the chatter is heating up after Jeff Sessions said this one thing that left Donald Trump speechless.

Jeff Sessions spent months out of sight after President Trump requested his resignation the day after the midterm elections.

The President had continually fumed about Sessions recusing himself from the Russia investigation—which in turn allowed Deputy Attorney General Rod Rosenstein to take over and appoint Robert Mueller as special counsel.

And since Congress hamstrung President Trump from firing Sessions and Rosenstein by threatening to initiate impeachment proceedings, Trump was forced to sit and watch as Robert Mueller tried to overthrow him with a witch hunt based on a hoax.

However, Sessions recently came out of exile to attend a ceremony for Rod Rosenstein’s final day at the Justice Department.

At the Justice Department ceremony, Sessions lavished praise on Rosenstein—despite the fact that he played a central role in the failed coup attempt against President Trump.

“It was no little matter. There was a continual uproar. Decisions had to be made, and those decisions fell to him and him alone,” Sessions declared.

“He made every decision based on what he thought was best for this country,” Sessions exclaimed. “He stayed the course during some of the most difficult times during the history of the department.”

If those comments didn’t raise enough eyebrows, Sessions media interviews led many Trump supporters to wonder if he was trying to plan a political comeback.

Last month, Sessions spoke with Time magazine where he defended his outrageous decision to cave into the Deep State and media pressure and recuse himself from the Russia investigation.

The controversy over Sessions recusal was phony outrage ginned up by the fake news media and their allies in the Deep State and Democrat Party.

Sessions stepped away from the Russia probe after it was revealed that he met with the Russian ambassador in his Senate office—even though he had previously testified that he did not meet with any Russians as a member of the Trump campaign.

The meeting with the Russian ambassador took place during Sessions capacity as a high-ranking member of the Senate Foreign Relations Committee – a position which required Sessions to meet with lots of ambassadors.

But Democrats howled that Sessions either perjured himself or could not oversee the probe since he was compromised by his meetings with Russians.

So Sessions fateful decision to recuse himself led to a two-year-long witch hunt where Democrats and their co-conspirators in the so-called “mainstream” media falsely accused the President of the United States of being a Russian spy.

But many Trump supporters are wondering how Sessions praise for Rosenstein and defending his recusal from the Russian investigation is going to make him an attractive candidate to the die-hard Trump supporters in Alabama.