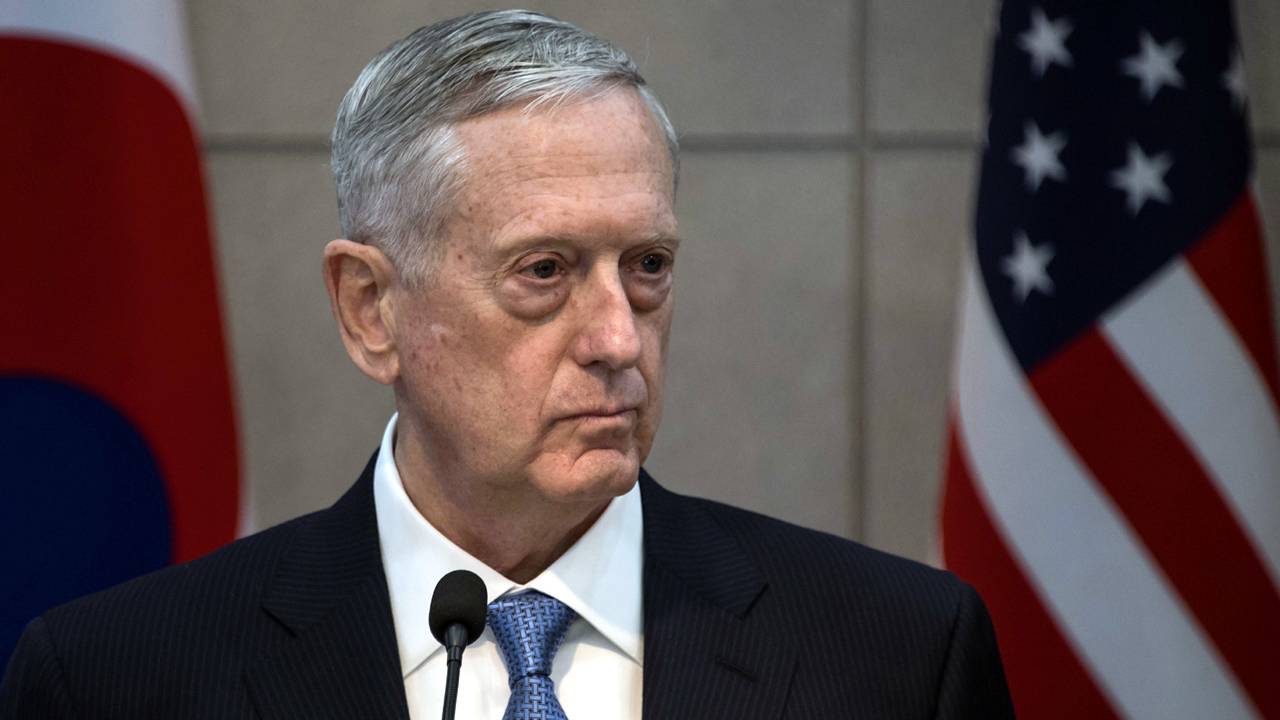 Never Trump Republicans are desperately trying to find a candidate to challenge the President in the 2020 GOP primary.

Some RINOs have even polled to see how former Secretary of Defense James Mattis would stack up.

And now James Mattis just dropped this bombshell about challenging President Trump in 2020.

Over this summer, Mattis will release his book, “Call Sign Chaos: Learning to Lead,”which will detail his long and distinguished military career, as well as lessons learned from the wars in Iraq and Afghanistan.

This news immediately stoked rumors that Mattis was using the book as a vehicle to take on President Trump.

But Mattis doused that speculation with a giant bucket of cold water.

“My purpose in writing this book is to convey some of the lessons I learned in 43 years of service for those who might benefit, whether in the military or in civilian life,” Mattis told the Associated Press.

The General went onto explain that he would never write a tell-all book about the current Commander-in-Chief.

“I’m old-fashioned: I don’t write about sitting presidents, so those looking for a tell-all will be disappointed. I want to pass on the lessons and experiences that prepared me for challenges I could not anticipate, not take up the hot political rhetoric of our day,”the former Secretary of Defense added.

Mattis’s comments should put the final nail in the coffin of Never-Trump Republicans trying to recruit him as their “white knight” to run against Trump for the GOP nomination.

When Mattis resigned as Secretary of Defense, fake news pundits took that as a sign that Mattis could no longer abide by Donald Trump’s leadership.

Mattis reportedly turned in his resignation because Donald Trump gave the order to bring U.S. troops home from Syria.

Trump campaigned against endless wars on nation building in the Middle East and sought to make good on his promise to put “America First.”

“Because you have the right to have a Secretary of Defense whose views are better aligned with yours on these and other subjects, I believe it is right for me to step down from my position,” Mattis wrote in his resignation letter to the President.

The General outlined his policy disagreements with the President to which pundits believed was meant to lay down a marker for a 2020 primary challenge.

In his letter, Mattis praised globalist institutions and stressed the importance of the United States working to preserve the liberal new world order.

“One core belief I have always held is that our strength as a nation is inextricably linked to the strength of our unique and comprehensive system of alliances and partnerships. While the US remains the indispensable nation in the free world, we cannot protect our interests or serve that role effectively without maintaining strong alliances and showing respect to those allies,” Mattis stated.

General Mattis continued, “My views on treating allies with respect and also being clear-eyed about both malign actors and strategic competitors are strongly held and informed by over four decades of immersion in these issues. We must do everything possible to advance an international order that is most conducive to our security, prosperity and values, and we are strengthened in this effort by the solidarity of our alliances.”

And there are RINO Republicans who recently polled to see how General Mattis would stack up against Trump in a 2020 primary match-up.

But Mattis’s comments that he will not comment on a sitting President should end any speculation that he’d take an even more drastic step and run against Trump in a 2020 GOP primary.

We will keep you up to date on any new details in this ongoing story.

Barack Obama Could Not Believe What Fox News Just Reported