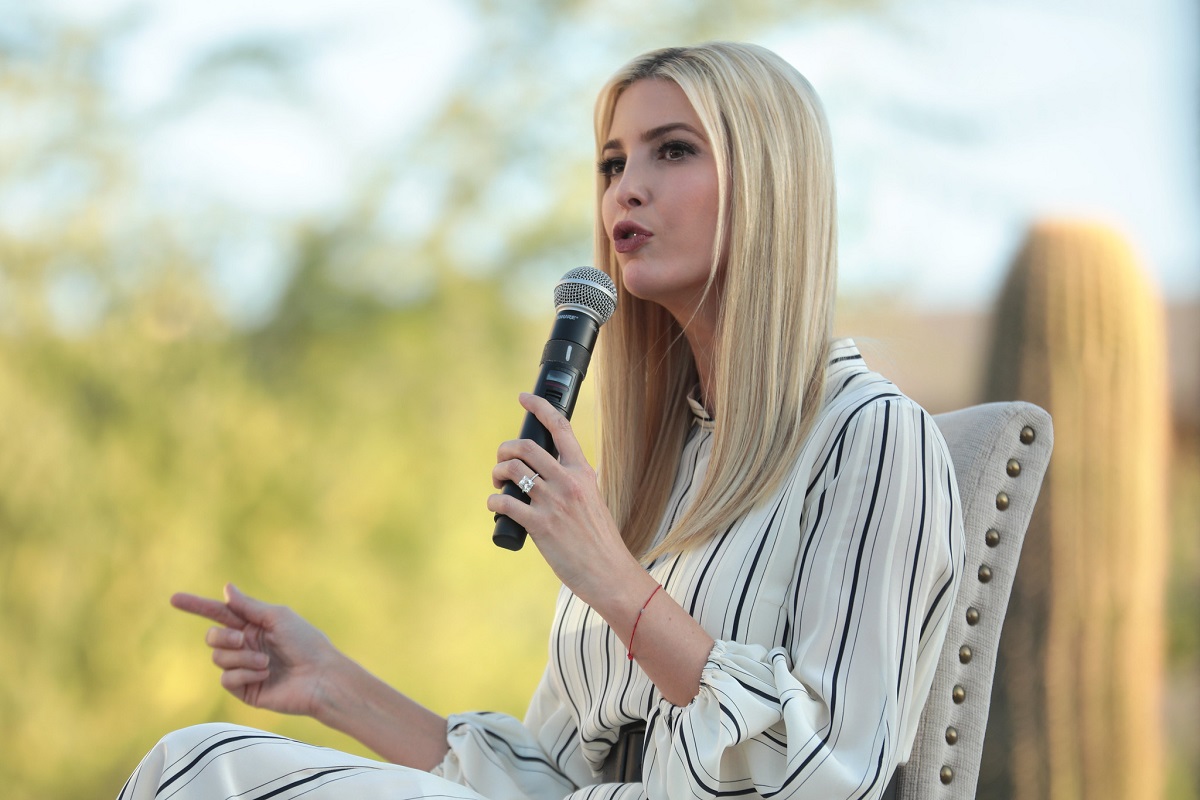 Donald Trump is not the only member of the Trump family considering a political comeback.

His daughter Ivanka is rumored to hold ambitions to run for elected office.

And Ivanka Trump dropped a bombshell about running against this GOP Senator in 2022.

As soon as his daughter Ivanka Trump, her husband Jared Kushner and their children moved to Miami the chatter revved up about Ivanka challenging establishment Republican Marco Rubio in the 2022 Republican Senate primary as part of Donald Trump’s effort to block Mitch McConnell from seizing control of the party.

After Donald Trump won Florida by the largest margin of any Presidential candidate since 2004 the Sunshine State is solidly in the red column as Trump’s MAGA agenda now defines Florida politics.

Donald Trump and Donald Trump, Jr. were another Trump family moving to Florida making the state the center of gravity in Republican Party politics.

But Ivanka Trump recently informed Marco Rubio that she will not be mounting a 2022 primary challenging.

“Marco did speak with Ivanka a few weeks ago,” Nick Iacovella told the New York Times. “Ivanka offered her support for Marco’s re-election. They had a great talk.”

The Times also reported that Ivanka Trump meant to keep her support for Rubio quiet until the two could stage an official event.

“A person close to Ms. Trump also confirmed the conversation, and said that a Senate run was never something she was seriously considering. The person, who spoke on condition of anonymity to disclose private discussions, said that Mr. Rubio’s office had asked Ms. Trump to hold off on making clear she was not running until April, when they hoped to hold a joint event with her,” the Times also reported.

For his part Marco Rubio said Ivanka Trump is a “good personal friend and I know he will continue to drive meaningful progress on issues we both care deeply about.”

Since the election Marco Rubio began recasting himself as a representative of “center right” working class conservatism that rejects the GOP’s previous orthodoxy of fealty to Wall Street and Big Business.

But that is just a front.

Rubio is still in the eyes of many of the same establishment RINO that supported open borders and amnesty as well as groveling at the feet of David Hogg and other gun grabbers by trying to help Democrats pass dangerous new red flag gun confiscation laws after the tragedy at Parkland in 2018.

Senator Rubio’s planting his flag with the left on open borders, amnesty and gun control has many Trump supporters hoping Rubio attracts a strong 2022 primary challenger ahead of what everyone in Washington knows is the inevitable Rubio 2024 Presidential campaign.