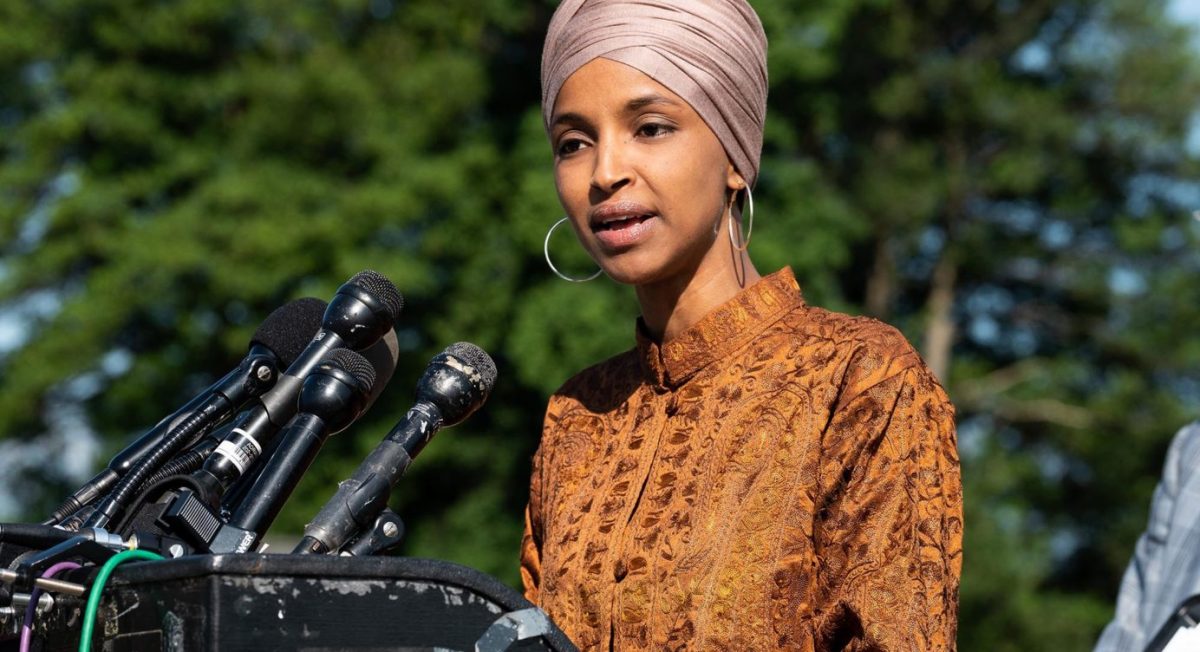 This latest crisis threatens everything.

And Ilhan Omar was forced in court to confront the reality of this ugly sex scandal.

Omar is smack dab in the middle of a messy divorce.

Washington, D.C. Dr. Beth Mynett divorced her husband Tim – a political consultant – after she found out Tim Mynett was cheating on her with Omar.

Omar is one of Mynett’s clients at his personal consulting firm and he apparently mixed business with pleasure.

At a court hearing for their divorce, Beth Mynett asked to drop Tim’s last name and return to her maiden name of Beth Jordan.

“I no longer want to have Mr. Mynett’s name attached to me,” Jordan told the judge.

Jordan then made a statement to the court claiming out loud that Omar was an ‘adulteress.’

As part of the divorce proceedings, Jordan asked for sole custody of the couple’s children claiming that Tim Mynett put them in danger by dating Omar.

“Most concerning is that (Mynett) put his son in harm’s way by taking him out in public with Rep. Omar who at the time had garnered a plethora of media attention along with death threats, one rising to the level of arresting the known would-be assassin that same week,” Jordan’s motion read.

Omar recently divorced her on and off again husband over this affair to permanently take up with Mynett.

But that is not the end of the scandal.

Omar stands accused of using campaign money to carry on the affair with Mynett.

But there are not enough members of the Federal Election Commission to adjudicate this case.

This is just one of many Ilhan Omar scandals that weigh down the Democrats heading into 2020.

However, the election still will be close and victory will come down to which candidate comes out on top in a handful of key battleground states.

A recent CNN poll found President Trump tied or slightly ahead – but still within the polls’ margin of error – with all the major Democrat Party candidates.

President Trump’s best chance of victory will be disqualifying his Democrat opponent in the eyes of swing state voters.

To do that, President Trump will unleash up to a billion dollars in negative TV and internet ads, direct mail and emails cementing in the minds of voters that anti-American socialists Ilhan Omar and her “Squad” members are essentially the eventual Democrat nominee’s running mate.

If the President can link their agenda of a government takeover of healthcare, open borders and free healthcare for illegal aliens to the Democrat nominee, then President Trump will secure a second term.