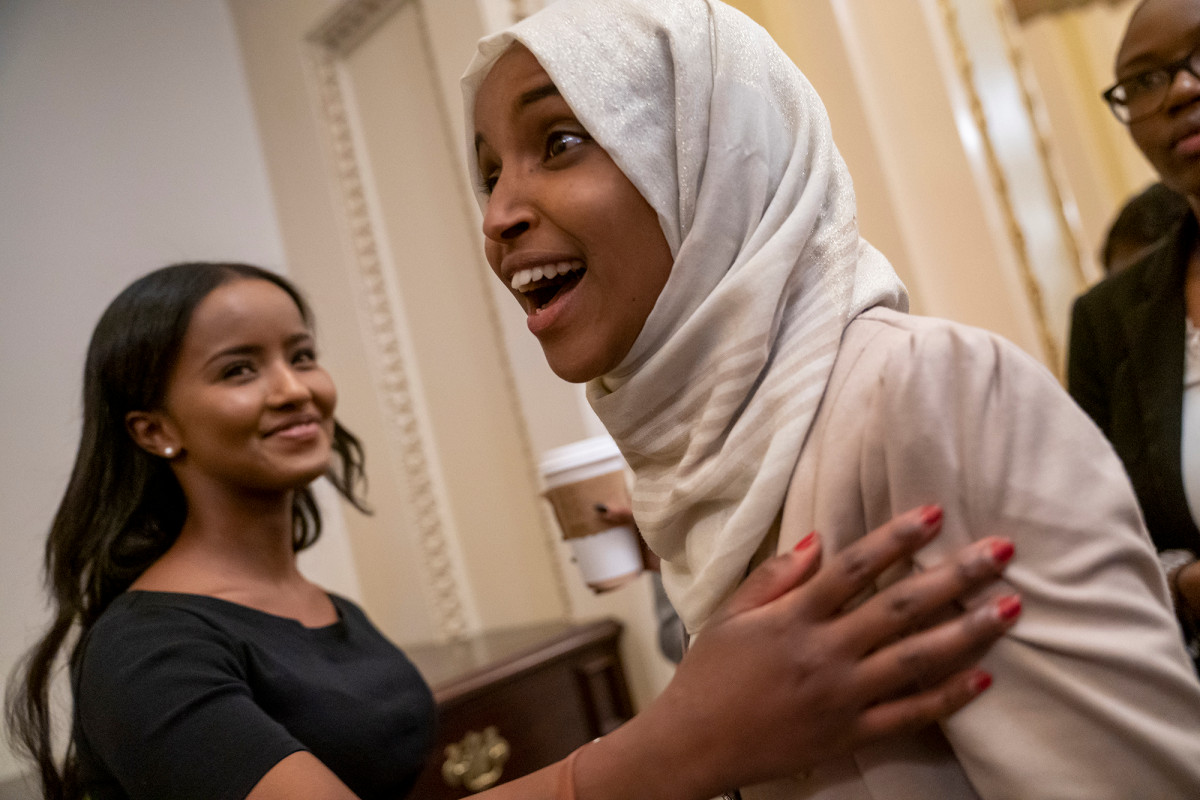 Democrats have a major problem on their hands.

Congresswoman Ilhan Omar is quickly establishing herself as the face of the party.

But Ilhan Omar made the biggest mistake of her life with this sex scandal.

The news that a Washington D.C. doctor, Beth Mynett, accused Congresswoman Omar of stealing her husband shocked and appalled millions of Americans.

Omar’s scandal turned into typical Washington swamp fare when it came out that Tim Mynett – the man Omar allegedly carried on an affair with – was a political consultant who received over $200,000 in payments from Omar’s campaign.

That was just the tip of the iceberg.

But the conservative watchdog group, the National Legal and Policy Center, noticed some funny business going on with what Omar reported she paid E Street Group to do.

National Legal and Policy Center staffers noticed that Omar’s campaign funneled over $21,000 in payments to E Street Group from April to June 2019.

According to court documents, Mrs. Mynett alleges her husband Tim informed her of his affair with Omar and wanted to end their marriage.

The timing of those payments for “travel” expenses line up with when Omar and Mynett allegedly went public with their affair.

That led the National Legal and Policy Center to file a complaint with the Federal Election Commission alleging that Congresswoman Omar illegally spent campaign money on personal expenses.

“If Ilhan for Congress reimbursed Mynett’s LLC for travel so that Rep. Omar would have the benefit of Mynett’s romantic companionship, the expenditures must be considered personal in nature,” the complaint read.

Omar could not afford another scandal relating to marriage.

The Minnesota Democrat already faced credible allegations that she married her brother in sham to commit immigration fraud and then committed tax fraud by jointly filing income taxes while married to two men at the same time – she never officially divorced the man alleging to be her brother in 2017 despite officially marrying another man a few years prior.

All of these allegations are serious.

The tax and immigration fraud cases could get Omar deported if she is found guilty.

Democrats and their allies in the media buzzed about possible FEC violations by President Trump pertaining to hush money payments made to Stormy Daniels.

Prosecutors never brought a case against the President, but the idea of Trump facing arrest upon leaving office dominated the fake news media.

Many Americans wonder if Omar will receive the same level of media scrutiny after serious allegations of law breaking were levied against her.

Covering the Omar story fairly and honestly would be one way for the so-called “mainstream” media to shed the fake news label and restore trust in their work.

But given their shameless behavior and unethical partisan cheerleading during the Trump administration, few Americans expect the fake news media to cover the serious and credible allegations against Omar with any real level of intensity.