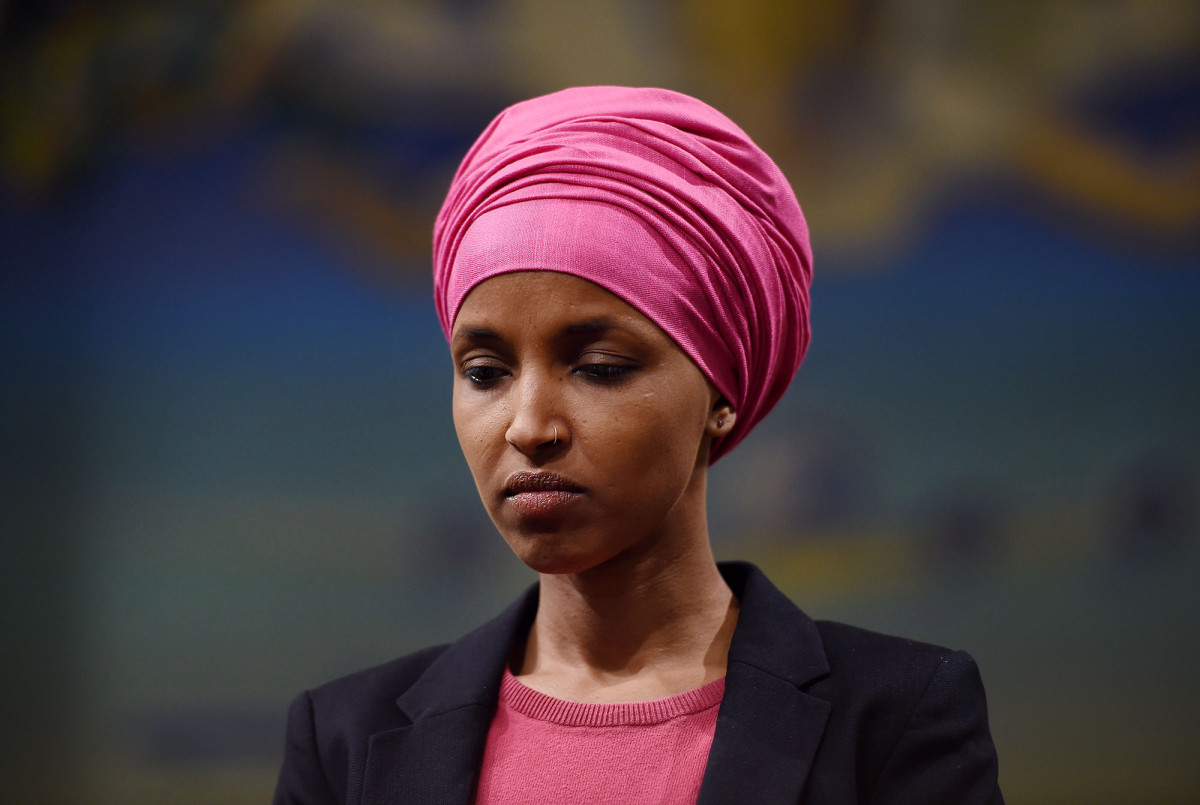 But the issue is getting out of control.

Ilhan Omar got obliterated by one fact about critical race theory.

Videos of parents at school board meetings across the country registering their opposition to critical race theory are blowing up on social media.

Moms and dads are mobilizing to pressure school boards to eliminate critical race theory – which teaches that the institutions that underpin American life are replete with white supremacy – from their children’s school curriculum.

Democrats were caught flatfooted at the growing opposition to a Marxist indoctrination scheme, and grew worried about the grassroots movement that spanned red states and blue states representing a growing threat to their Congressional majorities in 2022.

That’s why big name party officials like Ilhan Omar tried to pretend critical race theory isn’t a real thing, and this was just another manufactured crisis from the right wing outrage machine.

“Republicans love to create outrage over things that aren’t actually happening. People should be asking them, what elementary, middle and high school is teaching Critical Race Theory and why they are spinning false narratives.” Omar wrote posted.

“How can we expect any child to succeed in life when we teach them that the deck is stacked against them and that they will forever be held back by racist oppressors?” a statement by Grothman read. “In 2019, America naturalized 843,000 citizens. In 2021, we are on pace to have the most people cross the Southern border illegally in more than a decade. America is still seen as the land of opportunity throughout the world as evidenced by the droves of people coming here. CRT, however, teaches school children that America is a horrible country.

Grothman ripped critical race theory as divisive scheme to pit Americans against one another on the basis of skin color and lies about the nation’s history.

“The purpose of this retelling of American history is to try to set American against American. Rather than share the wonderful gift we all have, to live the American Dream if we work for it, the goal of CRT is to make Americans bitter and angry with each other. In my experience, the people who are most strongly against demonizing America are people from non-European countries who are proud to have succeeded here and wonder why America, of all countries, would be teaching its children how bad we are,” Grothman added.

“The CRT curriculum that ‘enlightened’ educators are regurgitating teaches our children hate – to hate each other and hate their country. In other words, students are being taught that they are defined by the color of their skin, not the content of their character. This neo-racist ideology should have no place in our public education system, especially in our nation’s capital.” Grothman continued.

Midterm elections are contests of base mobilization.

Democrats look at the energy across the country in opposition to critical race theory and worry the public is more fired up to vote against the left than the Democrat base is to vote against Republicans.