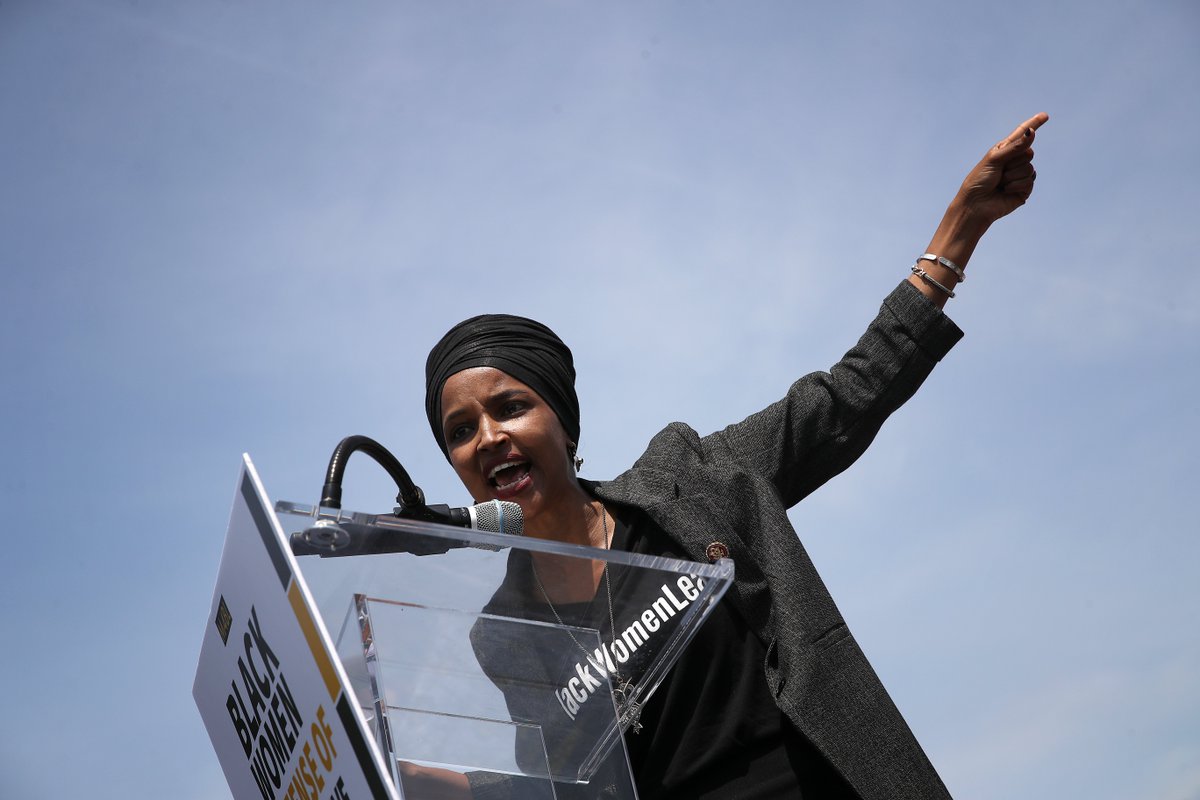 Ilhan Omar’s made a habit of crossing the line with racist and anti-American smears about Donald Trump, conservatives and the United States.

But no one thought Omar would ever go so far overboard as she just did.

And Ilhan Omar took Clarence Thomas by surprise with this criminal accusation.

States enacted this common sense measure to prevent women from experiencing harm at the hands of untrained abortion providers during this dangerous and risky procedure.

Abortion on demand is the cornerstone of the left’s legal project to reshape America by using the Supreme Court as an unelected policy board to impose their radical agenda they could never persuade voters to accept at the ballot box.

That’s why leftists treat every abortion case as a Holy War where no tactic is beneath contempt.

Ilhan Omar exemplified that strategy when she unleashed a string of over the top tweets about abortion that culminated with a false accusation against Clarence Thomas and Brett Kavanaugh of being sexual predators.

Critics contend Omar calling abortion – which results in the death of one million innocent babies a year “healthcare” – was something out of 1930s fascist society.

Omar was not content to stop at falsely claiming killing one million innocent babies a year was healthcare.

The cherry on top was Omar’s lie that Justices Thomas and Kavanaugh were guilty of sexual crimes against women.

“Two accused sexual predators should not be deciding whether or not women have access to healthcare in this country,” Omar added.

Both times when Thomas and Kavanaugh appeared on the verge of confirmation, liberal activists produced women at the last moment to falsely accuse them of committing acts of sexual harassment and sexual assault.

In 1991, Anita Hill’s hoax allegation of sexual harassment collapsed in large part because the FBI agents that investigated her allegations that Thomas supposedly sexually harassed her after ten years determined Hill misled them and found no evidence to support her absurd allegations.

That fact pattern repeated itself in 2018 when the FBI conducted a supplemental background investigation that produced no evidence to corroborate the fake news allegations Christine Blasey Ford unleashed at the last minute just as the Senate Judiciary Committee was about to vote on Kavanaugh’s confirmation.

But these same so-called “journalists” handed Omar a free pass to smear Justices Thomas and Kavanaugh with false allegations of criminal sexual misconduct because the members of the fake news media are even more radical supporters of abortion on demand than elected Democrats like Omar.