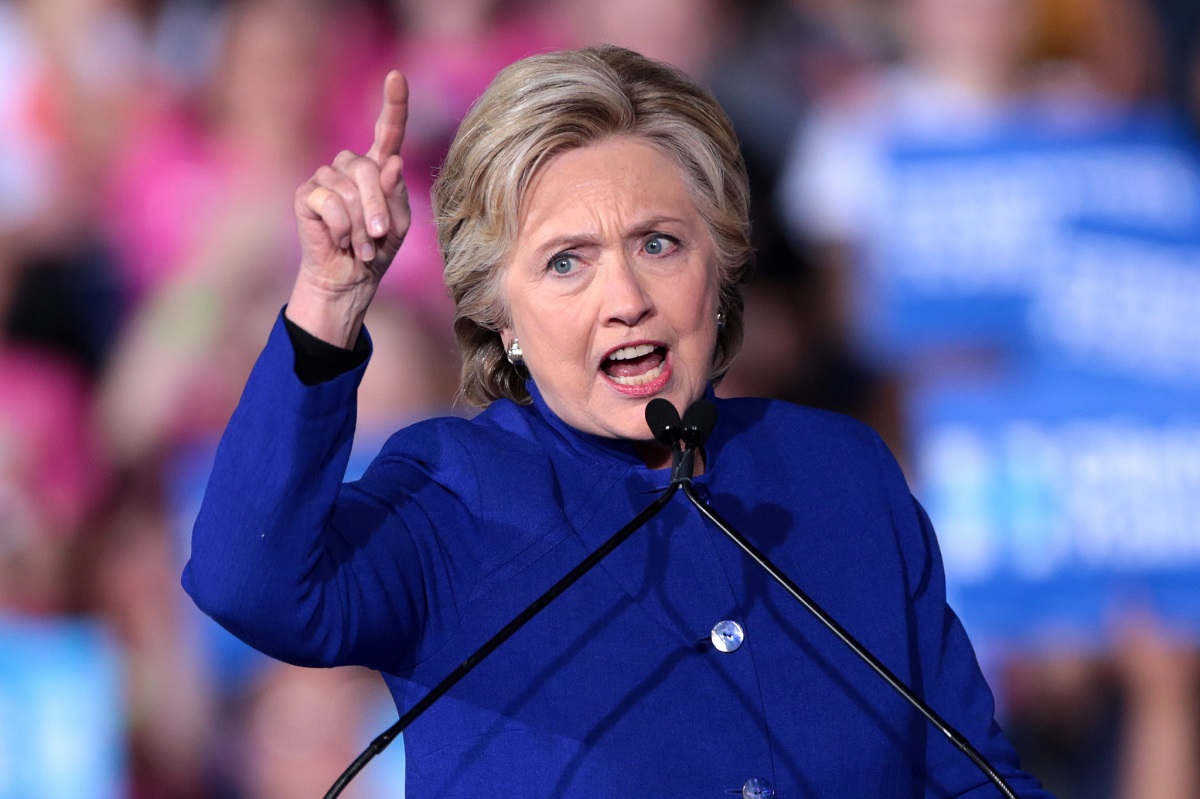 Hillary Clinton and her allies are not in the clear yet.

A blockbuster indictment made that clear.

And Hillary Clinton has a lot to worry about in this criminal investigation.

Investigative journalist Glenn Greenwald posted a new video on Rumble outlining the implications of John Durham indicting Hillary Clinton campaign attorney Michael Sussmann for lying to the FBI about a false story he tried to push about a server in Trump Tower interacting with a bank connected to the Russian government.

The Sussmann indictment showed that the Clinton campaign completely manufactured the Russian collusion narrative out of a pack of lies and it led to Americans wondering what role Hillary Clinton played in this pack of lies the corporate media and the deep state eventually used to try and stage a coup against President Trump.

Even some honest liberals realized they got taken for a ride.

British comedian and actor Russell Brand posted a video where Brand described just how pervasive the Russian collusion lie was in corporate media.

“Every late-night talk show, all over the news, it was just — you were bombarded with it,” Brand stated.

Brand added that corporate media reporters and Democrats – who spent four years calling Donald Trump a liar – discussed the Russian collusion narrative as if it was a fact when in fact everyone knew it was propaganda from the start.

“It was like, being sort of in a way discussed as if it was just an absolute fact,” Brand added. “To discover that this was propaganda, a construct, a confection by the Democratic Party — who, of course, are now in government — is kind of beyond disappointing, because you begin to question and query what other things may not be true.”

In fact – as Brand noted – it was Trump who told the truth from the start when Trump said the Russian collusion story was a lie that Hillary Clinton made up.

Greenwald wrote that Brand used Greenwald’s reporting and Brand’s platform to expose how the corporate media relentlessly lies on behalf of the Democrat Party.

This, though, is what gives me [email protected] my Substack reporting on the indictment of Hillary’s lawyer and what it shows about the lies of corporate outlets. He produced a short YouTube video report. In 3 days, it has almost 2 million views.

Just that segment alone — after 3 days, with no corporate backing — is almost 4 times larger than Don Lemon’s audience. It’s twice as large as Chris Hayes or Joy Reid’s Comcast shows. And I’ll bet the number of people under 55 watching is more than 10 times what those shows get.

This is why employees of media corporations with the job title “journalist” so desperately agitate for more online censorship. They know they’ll have no audience unless it’s a captive one, and they know they will be exposed if dissent from their lies and propaganda can be heard.