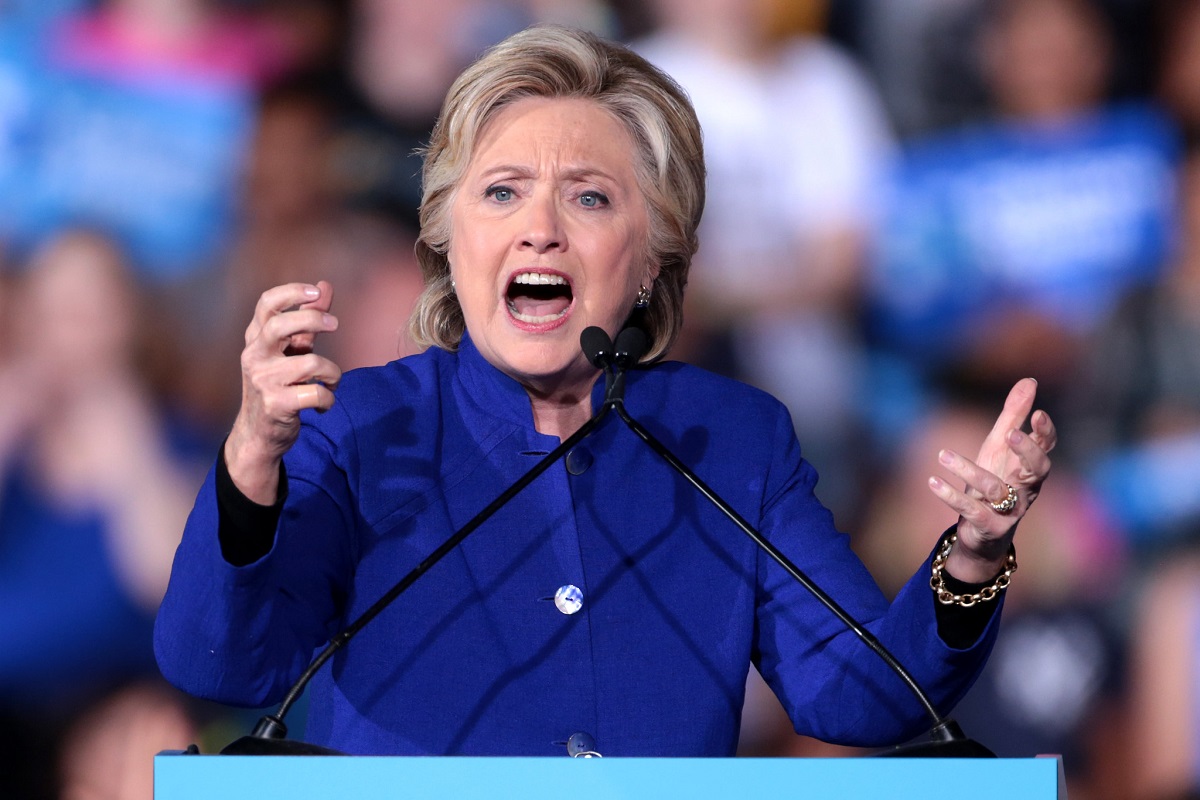 It’s a scandal that won’t die.

And Hillary Clinton has a big problem after everyone went back and looked at this one email.

During 2020 former Secretary of State and presidential candidate Hillary Clinton attacked former President Trump several times for claiming that the coronavirus possibly escaped from the Wuhan Institute of Virology.

But in a State Department cable from 2009, which was published by WikiLeaks, Clinton warned that the Wuhan Institute of Virology could lead to “biological weapons proliferation concern,” Jack Posobiec of Human Events reported.

She warned France that the Wuhan Institute of Virology could lead to biological weapons.

Addressing France, she stated, “The U.S. believes participants would benefit from hearing about your experiences assisting China in setting up a Biosafety Level-4 (BSL-4) laboratory at the Wuhan Institute of Virology from the export control and intangible technology transfer perspectives. We are particularly interested to know how China plans to vet incoming foreign researchers from countries of biological weapons proliferation concern.”

Clinton’s words show that she had clear knowledge of the danger that the Wuhan Lab posed to America.

Yet when former President Donald Trump referred to Covid as the Chinese virus” due to its origin, Clinton attacked him as racist.

“The president is turning to racist rhetoric to distract from his failures to take the coronavirus seriously early on, make tests widely available, and adequately prepare the country for a period of crisis.” she tweeted. “Don’t fall for it. Don’t let your friends and family fall for it.”

For over a year the mainstream media treated the theory that Covid escaped out of the Wuhan Lab as a conspiracy theory that shouldn’t be listened to, only now after the election are they willing to admit that it’s a valid theory.

“Now everybody is agreeing that I was right when I very early on called Wuhan as the source of COVID-19.” Trump said in a statement.