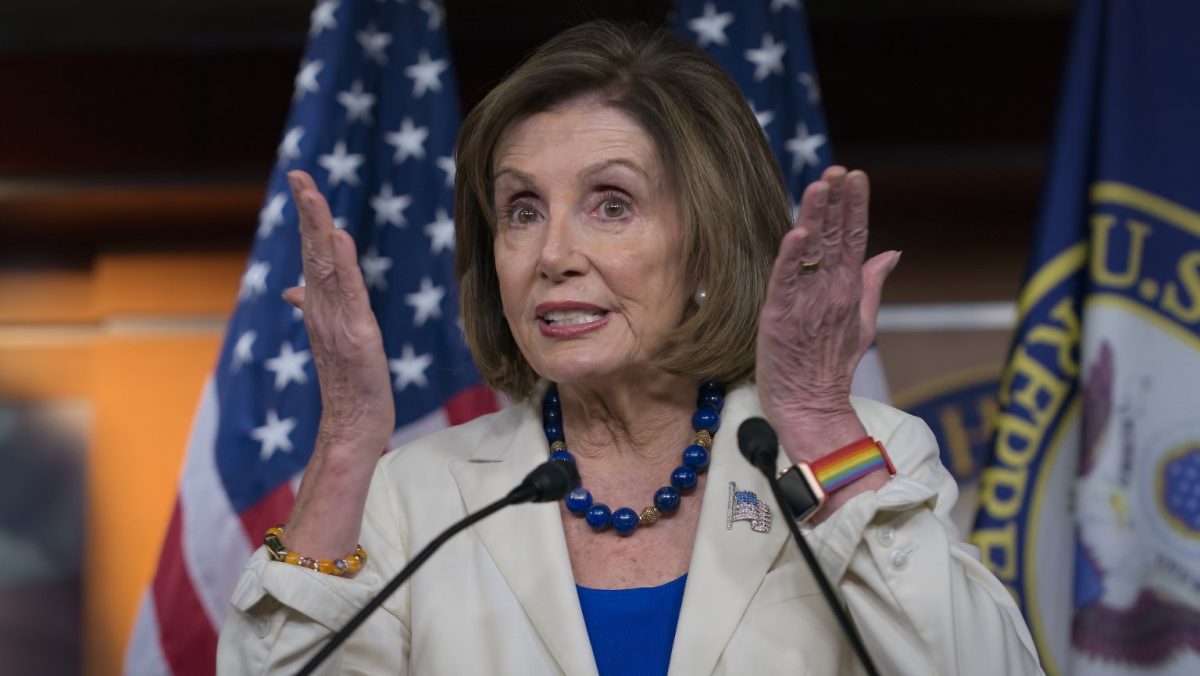 The Democrats have a major problem on their hands.

It could upend their entire election-year messaging.

Democrat governors are trying to tip the election by keeping their states in extended lockdowns in hopes the population takes their misery out on Donald Trump.

But as it turns out, Democrats have had enough of the lockdowns themselves.

Video from a hair salon in San Francisco showed Nancy Pelosi receiving a blow-out hair styling despite the fact that California Governor Gavin Newsom closed hair salons as part of his panic lockdown this past summer.

In security footage obtained by Fox News, and timestamped Monday at 3:08 p.m. Pacific Time, the California powerhouse is seen walking through eSalon in San Francisco with wet hair, and without a mask over her mouth or nose.

The stylist doing her hair can be seen following her wearing a black face mask.

Pelosi was also indoors and not wearing a mask despite previously attacking Republicans and Americans that did not want to submit to mask mandates.

“If you decide not to wear a mask you’re insulting anyone with whom you come in contact,” Pelosi said in June.

“It was a slap in the face that she went in, you know, that she feels that she can just go and get her stuff done while no one else can go in, and I can’t work,” Kious told Fox News, adding that she “can’t believe” the Speaker didn’t have a mask on.

Pelosi’s spokesman falsely claimed she wore a mask and followed lockdown protocol that allowed one customer inside at a time.

“The Speaker always wears a mask and complies with local COVID requirements. This business offered for the Speaker to come in on Monday and told her they were allowed by the city to have one customer at a time in the business. The Speaker complied with the rules as presented to her by this establishment,” he said.

Kious pointed out that Pelosi received a wash and dry hair style which is not permitted because California’s insane guidelines ban blow-drying hair.

Pelosi flaunting the guidelines to keep her hair perfect leads more Americans to question why these lockdowns and mask mandates are necessary if Democrats don’t obey the rules.