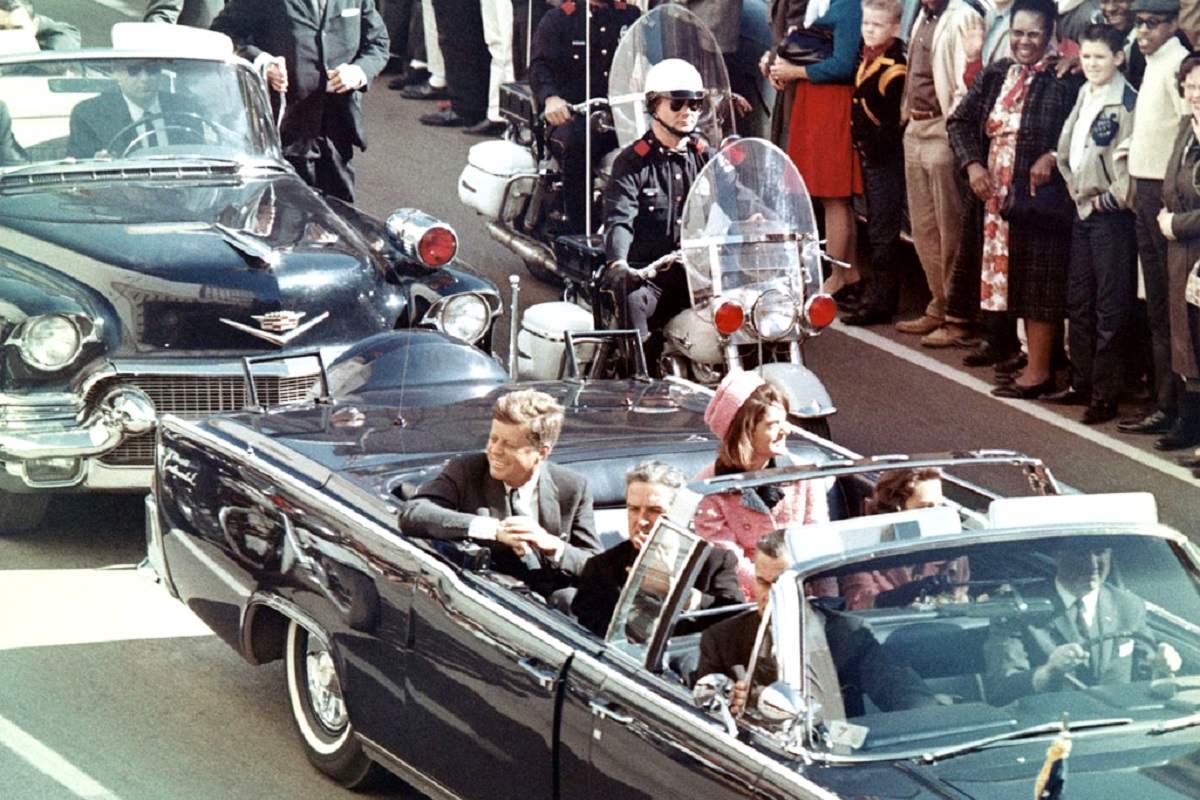 The JFK assassination is one of the biggest mysteries in American history.

Americans are still looking for answers.

And the government covered up this secret about the JFK assassination for 60 years.

Americans looked side-eyed at the commission’s claim that Oswald fired one bullet that caused seven injuries in two men – President Kennedy and Texas Governor John Connally – and emerged pristine without any deformities which struck a large percentage of the public as preposterous.

Even President Lyndon Baines Johnson believed there was a conspiracy and that Oswald had help.

Donald Trump declassified a large portion of the JFK assassination documents in 2017.

These bombshell documents revealed that one year before the assassination the U.S. embassy in Australia received a call claiming the Communist Russian government planned to kill President Kennedy.

This call came one year after Lee Harvey Oswald returned to the United States after defecting to the Soviet Union in 1959.

When Oswald returned to the United States, Oswald promoted communist causes such as passing out leaflets for a pro-Castro group.

And in one of the biggest revelations in the history of the investigation into the JFK assassination a memo was released detailing Oswald meeting with KGB agent Valery Vladimirovich Kostikov in Mexico City two months before Oswald supposedly murdered President Kennedy.

The documents released on Wednesday include memos detailing anonymous phone calls to the US embassy in Canberra, Australia, a year before the shooting, where the caller said the Soviet Government was plotting to kill Kennedy, and details of Oswald’s meeting with a KGB agent at the Soviet Embassy in Mexico City two months before the shooting.

Another call was placed on November 24, two days after the shooting, claiming the Russians were behind it.

Oswald showing up at the Russian embassy in Mexico City is one of the tantalizing clues of the JFK assassination that lead many to suspect a deeper plot than just a lone gunman like Oswald striking down the U.S. president.

For the first time ever, the public learned details of the Oswald-Kostikov meeting.

‘According to an intercepted phone call in Mexico City, Lee Oswald was at the Soviet Embassy there on 23 September 1963 and spoke with Consul Valeriy Vladimirovich.

‘Oswald called the Soviet Embassy on 1 October, identifying himself by name and speaking broken Russian, stating the above and asking the guard who answered the phone whether there was ‘anything concerning the telegram to Washington,’ a memo, written by CIA officer Tennent H. Bagley wrote on November 23, 1963, the day after the assassination.

While these documents provide new details and leads in the search for the full story of the JFK assassination, there are still many documents the government keeps under lock and key.

Until every document in the government’s possession about the JFK assassination is made public, questions and doubts about the official story of a lone Marxist assassinating the president of the United States will persist.

Tucker Carlson Has One Surprising Enemy Inside Fox News