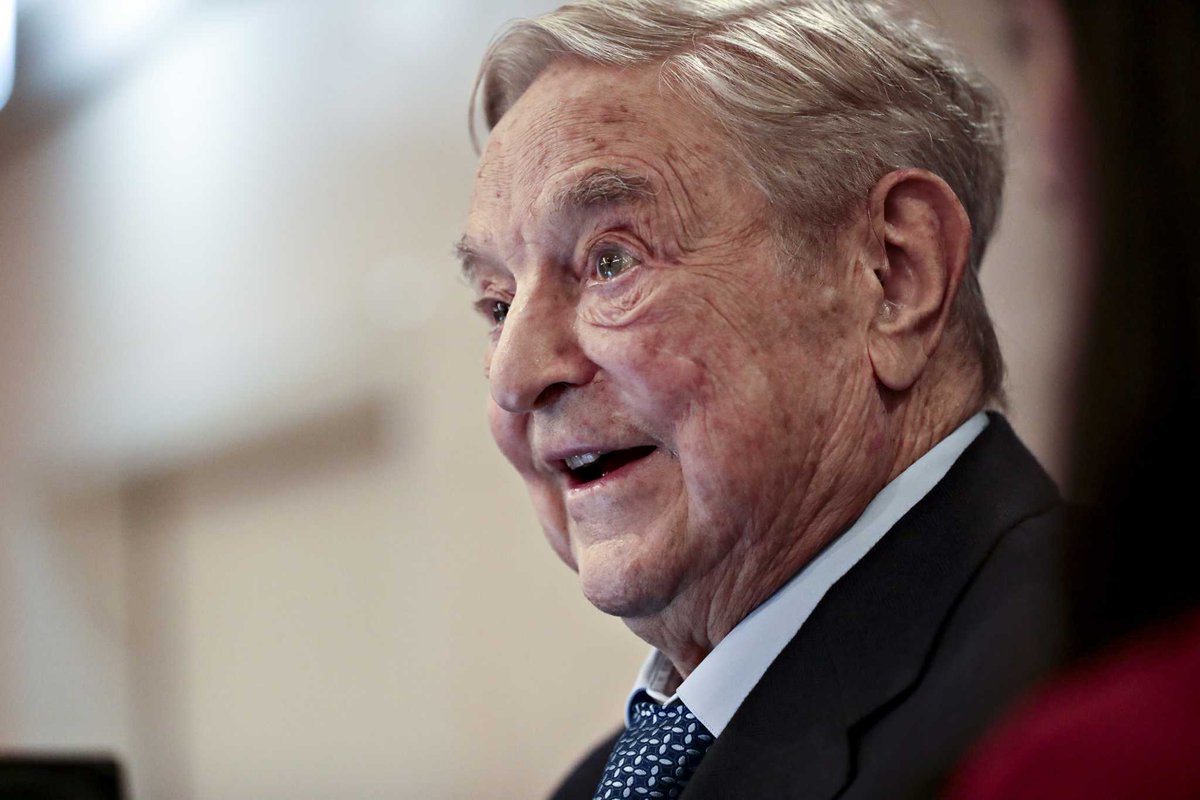 Democrat Party mega donor George Soros has made it clear he wants President Trump out of office.

That’s why it’s no surprise Soros is knee deep in the coup attempt to oust Donald Trump.

And George Soros is hiding one shady secret about the whistleblower that no one could believe.

The complaint was nothing more than second and third hand gossip about a phone call the spy wasn’t on.

But the spy used fake news media reports to make it appear like the spy constructed a bulletproof case that Donald Trump withheld American military aide to Ukraine unless President Zelensky agreed to dig up dirt on Joe Biden.

Part of the spy’s “evidence” was a July report by the Organized Crime and Corruption Reporting Project about Trump lawyer Rudy Giuliani traveling to Ukraine that May.

“In a report published by the Organized Crime and Corruption Reporting Project (OCCRP) on 22 July, two associates of Mr. Giuliani reportedly traveled to Kyiv in May 2019 and met with Mr. Bakanov and another close Zelensky adviser, Mr. Serhiy Shefir,” the complaint reads.

But the Organized Crime and Corruption Reporting Project is not some unbiased journalism source.

A closer examination of other aspects of the spy’s complaint show rather disturbing links to liberal politicians and bureaucrats.

A picture quickly emerges of a left-wing conspiracy involving the fake news media, Deep State agents and even members of Congress conspiring to entrap the President with interlocking fields of fire.

In a New York Post op-ed, Fleitz laid his case – based on long professional experience as both a White House aide and CIA official – that the spy had help on the inside writing this complaint.

My suspicions grew this morning when I saw the declassified whistleblowing complaint. It appears to be written by a law professor and includes legal references and detailed footnotes. It also has an unusual legalistic reference on how this complaint should be classified.

From my experience, such an extremely polished whistleblowing complaint is unheard of. This document looks as if this leaker had outside help, possibly from congressional members or staff.

“Trump is withholding vital military aid to Ukraine, while his personal lawyer seeks help from the Ukraine government to investigate his political opponent. It doesn’t take a stable genius to see the magnitude of this conflict. Or how destructive it is to our national security,” Schiff tweeted on August 28.

This suggests Schiff and his staff either helped the spy draft the complaint or they colluded after the fact and Schiff had advanced knowledge of when the spy’s complaint would go public.

Taken in sum, the nature of the spy’s complaint, the fact that Schiff may have let the cat out of the bag about having inside information with his tweet, and the fact that the complaint was seeded with information from George Soros-linked fake news outlets put this “scandal” in a completely different light.

President Trump’s phone call with President Zelensky was not an abuse of power.

A Deep State spy – with help from Congress and the fake news media – manufactured a scandal out of thin air to continue the coup to overthrow President Trump.