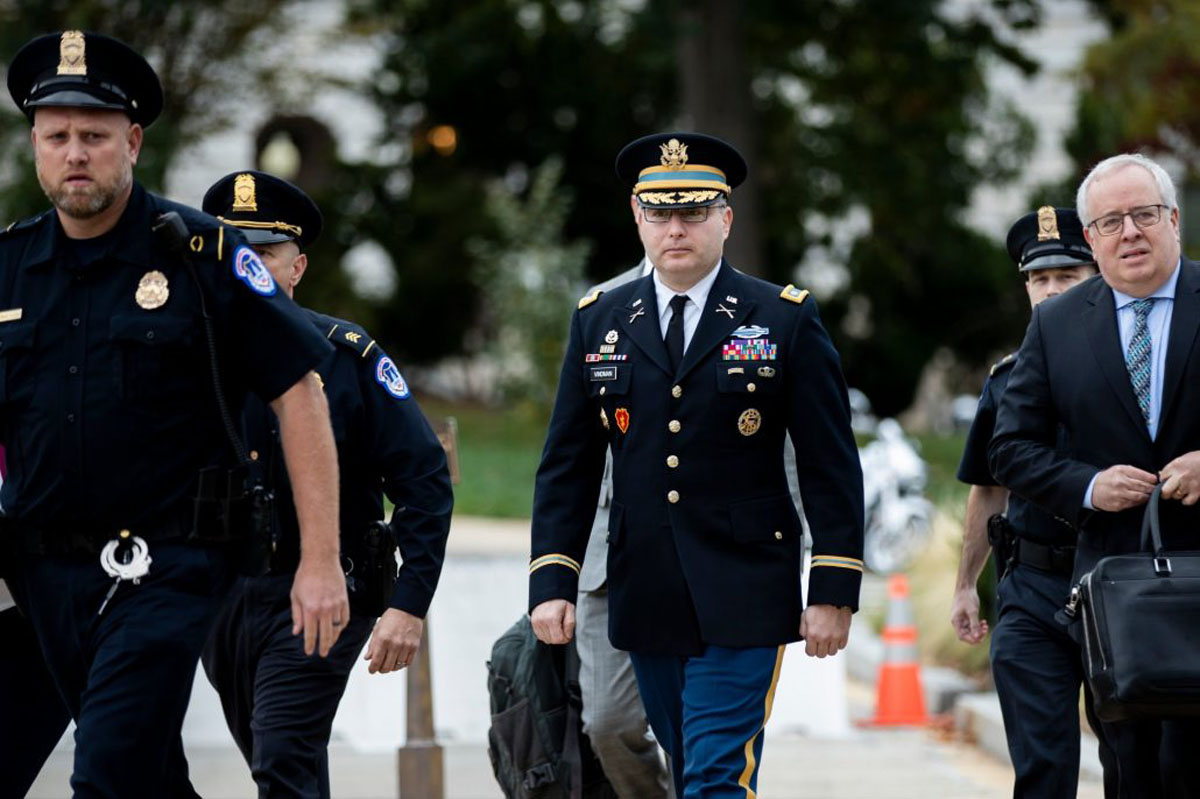 House Intelligence Committee Chairman Adam Schiff was thrown back on his heels.

Democrats were counting on Schiff to deliver a win on impeaching Donald Trump.

But then Fox News dropped one bombshell about this whistleblower stunned Adam Schiff.

Biden has been one of the leading Democratic choices in the 2020 presidential race.

Lt. Col.  Vindman, a member of the National Security Council and supposed Ukrainian expert for the White House, will testify that he listened to President Trump’s call with President Zelensky, saying that he was “profoundly disturbed” by what he heard.

In his opening statement to the House impeachment jury, Vindman stated that he “did not think it was proper to demand that a foreign government investigate a U.S. citizen.”  He also claims that President Trump is corrupt and used his power to try and rig the upcoming 2020 election.

But just like the long drawn out Mueller investigation into the 2016 election, in which the President was exonerated, this is just another false claim by the left to get the President out of office.

President Trump doesn’t need outside influences to win the upcoming election, he has the loyal support of American citizens.

And Fox News is on red alert to support Donald Trump.

“Here we have a U.S. national security official who is advising Ukraine while working inside the White House, apparently against the president’s interests,” Ingraham informed viewers.

Laura Ingraham and Fox News know that President Trump always has this nation, and its peoples, best interest at heart. They know that there are those within the White House walls that seek to undermine and reverse the work that Trump is doing for this country.

The President’s interests are the nation’s interests, and since his appointment to office in 2016, he has tirelessly fought for the American people, despite constant attacks from the left and even those in his own party.

Everyone in the capital seems to want the President to fail, but he has not stopped fighting for this country.

Any communication by the President with Ukrainian officials would be to seek peace and better foreign relations, not in an effort to sabotage a political opponent that is not even leading the polls.

This false Ukrainian narrative and subsequent investigation is yet another plot by the Obama administration’s Deep State to get Donald Trump out of office. They will throw every false claim and whistleblower that they can to try and remove Trump from office, but he will not give in to their pressure.