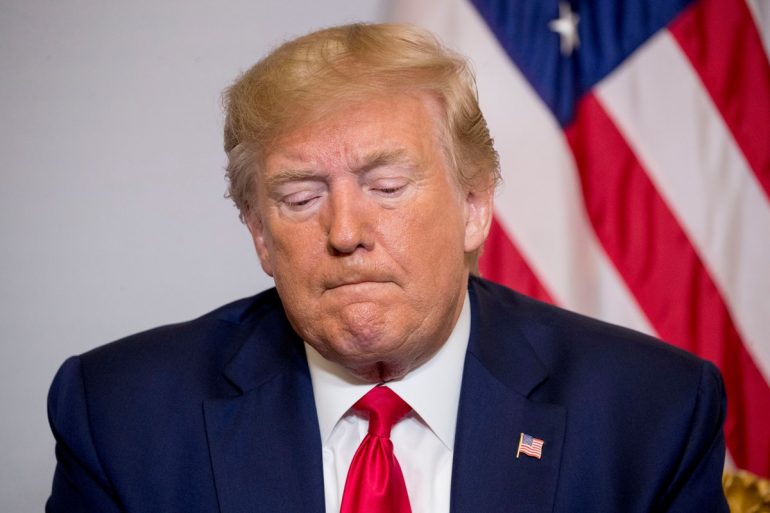 Fox News used to stand out as an alternative to the fake news media.

But something has changed at the network.

And now Fox News is in hot water after what they just did to Donald Trump.

Fox News stunned American viewers this past Sunday with the release of one poll.

The network had conducted a poll surveying what they said were registered voters, asking whether they believed President Trump should be impeached and removed, or not.

And the results were shocking.

According to this poll, 54% of American voters wish to see President Donald Trump both impeached and removed from office.

The remaining forty-one percent don’t wish to see the President impeached at all.

But many are calling these poll results into question, including the President himself.

“The Fox poll came out — and I was stunned by this,” Kilmeade said on “Fox and Friends.” “This says 50 percent of the country want the president impeached. I was stunned to see that that’s the number, because I thought that things were trending away.”

This data has not changed at all from a poll conducted back in October, which is causing many to question the resulting data altogether.

In light of weeks of impeachment hearings and an impending vote, it is suspicious that that polling data did not change at all from three months ago.

The President has spoken out against these results, stating that his numbers have actually gone through the roof as of late.

“MY POLL NUMBERS, AS YOU KNOW, HAVE GONE THROUGH THE ROOF,” TRUMP SAID TO REPORTERS AT THE WHITE HOUSE AFTER THE VOTE. “FUNDRAISING FOR THE REPUBLICAN PARTY HAS GONE THROUGH THE ROOF. WE’RE SETTING RECORDS. NOBODY’S EVER SEEN ANYTHING LIKE IT. BECAUSE THE PEOPLE ARE DISGUSTED. THE PEOPLE ARE ABSOLUTELY DISGUSTED. NOBODY’S EVER SEEN ANYTHING LIKE THIS.”

While even Fox News may be falling prey to the left’s fake news narrative, there are still those who will speak the truth and call out these falsehoods.

And President Trump continues to speak directly to the American people, setting the record straight every time.

No matter how the left tries to suppress it, more and more Americans are siding with Donald Trump over their continuous lies.

The left will not be successful in their schemes.