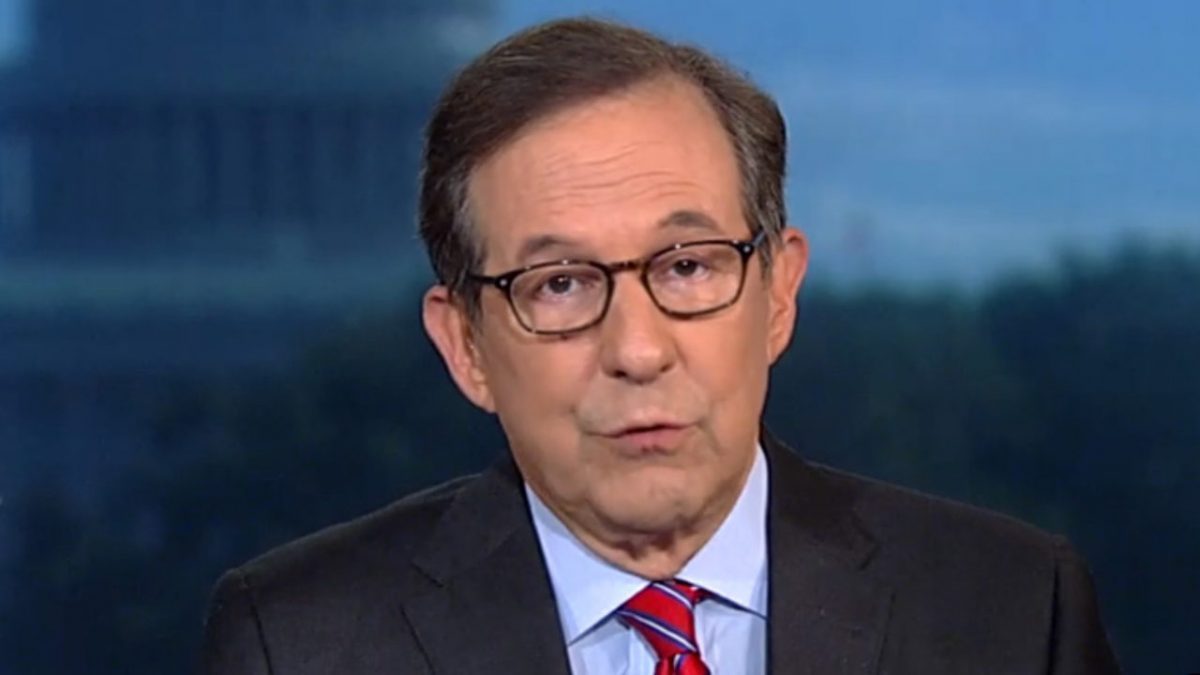 Fox News Channel is normally under fire from critics over its coverage.

But no one was prepared for this.

A Fox News host found themselves in hot water over what they said on-air about Joe Biden.

In between rambling nonsensical answers,Biden lied about there not being a coronavirus vaccine and parroted Communist Chinese talking points dismissing the government’s genocide against the Uighurs as a difference in “cultural norms.”

Despite this poor showing, left-wing Fox News host Chris Wallace heaped praise on Biden’s performance by falsely claiming Biden stood up to the left by opposing socialist demands to raise the minimum wage to $15 an hour and forgiving $50,000 in student loan debt.

“Given the fact he is a liberal Democrat, I suspect that most people — the people that voted for him are pretty pleased. I will say one thing that I was impressed by in the town hall on CNN this week. He is not getting pushed around by the left. There has been a push by AOC and Bernie Sanders for $50,000 debt forgiveness for school. He said flat out I’m not doing it. On the minimum wage, he is clear he probably won’t push for that. I wonder if the people at the White House don’t think getting pushed from the left puts him more in the center, which is not a bad place to be in American politics,” Wallace gushed.

But a careful examination of Biden’s remarks showed Biden did not oppose the left’s demands so much as state his support for their goals, but offered up different means to achieve them.

On the issue of minimum wage, Biden made it clear he supported raising the minimum wage to a job-killing $15 an hour, but not doing so in one fell swoop and phasing in the increase.

“So let’s say — you said you’re going to increase the minimum wage from $7.25 an hour, between now and the year 2025, to $12 an hour, to $13 — you double someone’s pay — and the impact on business would be absolutely diminished, and it would grow the GDP, and it would grow and it would generate economic growth,” Biden began.

Biden wanted his audience to know he did not oppose the principle, even falsely claiming that raising the minimum wage was sound economic policy.

“I do support a $15 minimum wage. I think there is equally as much, if not more, evidence to dictate that it would grow the economy,” Biden added.

When an attendee asked Biden about wiping out $50,000 of student loan debt, Biden said he could not do that via executive order, but he would support legislation that allowed for forgiveness of $50,000 in student loan debt for working in social work or other politically desirable jobs for liberals.

“For example, if you were — if you’re teaching school, after five years, you — you would have $50,000 of your debt forgiven.  If you worked in a battered women’s shelter, if you worked — and so on.  So you’ll be able to forgive debt,” Biden stated.

Fox lost 40 percent of its audience after the election because viewers thought the network turned on Trump.

Chris Wallace—whose performance as the moderator of the first presidential debate was widely criticized by Trump supporters—became the face of Fox’s leftward shift.

And many viewers looked at Wallace slobbering all over Joe Biden’s performance at the CNN town hall and believed Wallace fully embraced his liberal bias and that Fox has no intention of reining him in.