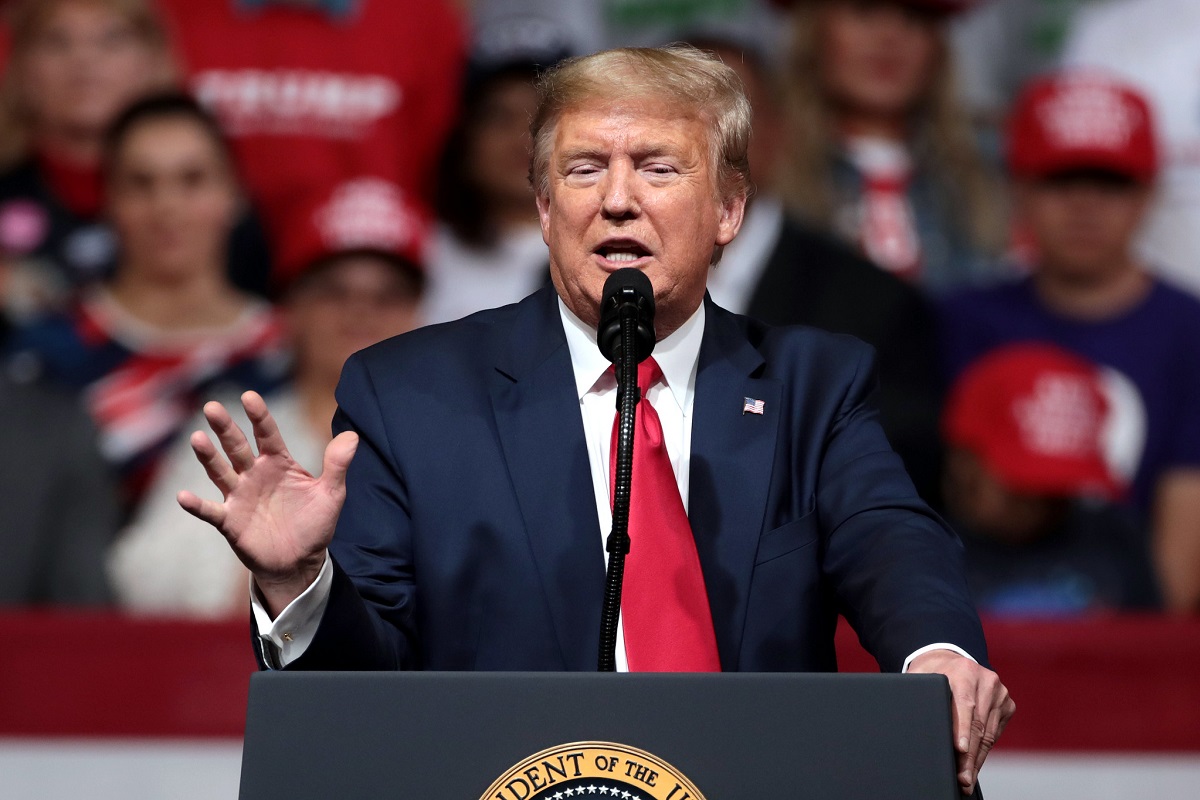 Fox News tried to put their feud with Donald Trump to rest.

The President was furious that Fox News called the election for Joe Biden before all the votes were counted.

Fox News host Harris Faulkner interviewed Donald Trump one day after Trump blasted Joe Biden and his administration over the Biden border crisis and other missteps.

During the interview, Faulkner interrupted Trump to supposedly break the news that Biden’s Secretary of Homeland Security Alejandro Mayorkas resigned.

“I’m not surprised. Good. That’s a big victory for our country,” Trump responded.

Faulkner’s producer quickly informed Faulkner through her earpiece that she relayed inaccurate information and Faulkner corrected herself.

“Forgive me, that has not happened. And I apologize,” Faulkner stated.

Trump was obviously disappointed that someone he considers a corrupt and incompetent hack would remain on the job.

“Let me clean up on aisle seven with my error, he has not resigned,” Harris repeated.

“The error stemmed from an audio issue in a virtual working environment. We corrected the mistake and continued on with the interview,” a Fox News statement read.

Faulkner had Trump on her show in large part to comment on Trump’s latest statement on Mayorkas and Joe Biden causing a crisis on the southern border.

The day before the interview President Trump released a statement ripping a series of interviews Mayorkas conducted on the Sunday show where Mayorkas sent the message that the border was wide open for illegal alien children.

“The pathetic, clueless performance of Secretary Mayorkas on the Sunday Shows today was a national disgrace. His self-satisfied presentation—in the middle of the massive crisis he helped engineer—is yet more proof he is incapable of leading DHS. Even someone of Mayorkas’ limited abilities should understand that if you provide Catch-and-Release to the world’s illegal aliens then the whole world will come,” President Trump’s statement read.

From the beginning, Biden and his underlings like Mayorkas have signaled to illegal aliens that now is the time to come to America.

Biden undid Trump policies like the “Remain in Mexico” protocols and agreements with El Salvador, Guatemala, and Honduras to have illegal aliens apply for asylum in their home countries rather than rushing the southern border.

Officials would also make strange comments about how “now” was not the time to come, hinting that there would be a more favorable climate for illegal aliens to enter America down the road.

Illegal aliens heard that the border was open.

ABC interviewed one illegal alien who said that he never would have tried to cross the border if Donald Trump was President, and was only trying to sneak into America because Joe Biden was President.

Many Americans agree with Donald Trump and would like to see Mayorkas resign.

But that day is not here.