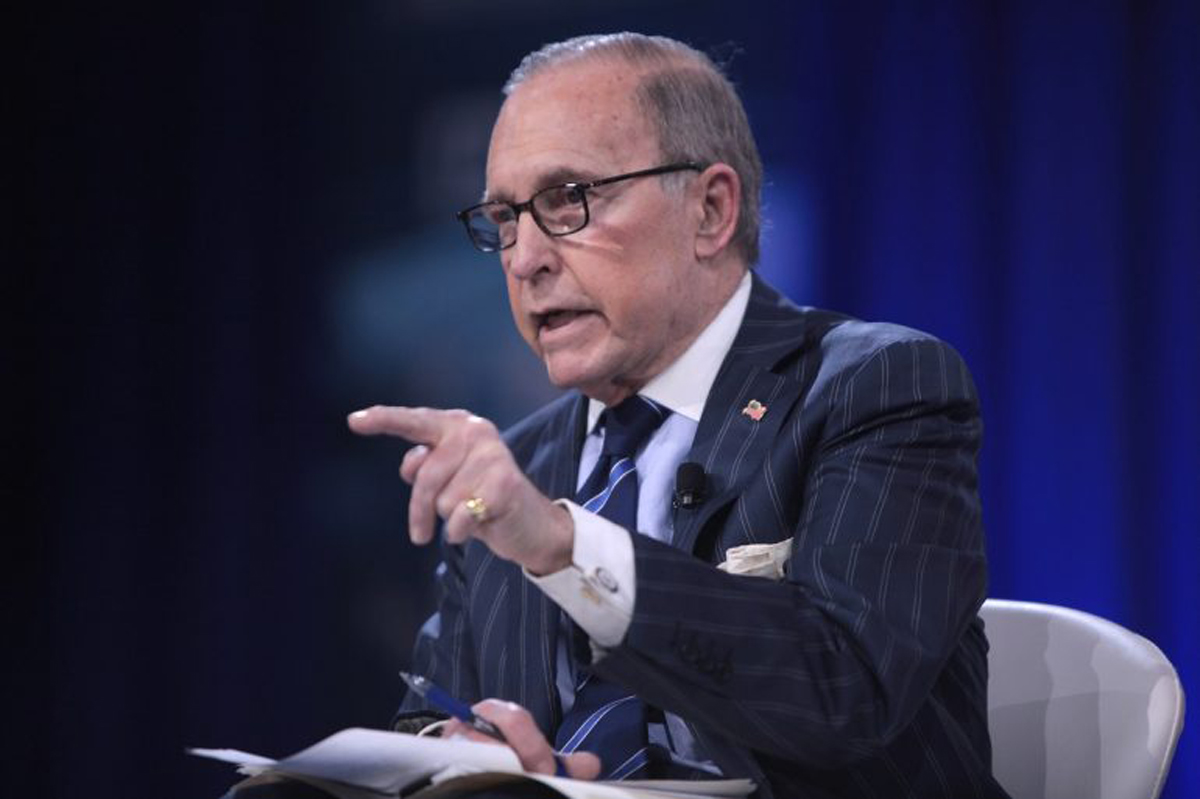 Kamala Harris may be taking over for Joe Biden.

But her path to power will be a rocky one.

Fox News just destroyed Kamala Harris with a dose of reality that left her head spinning.

New Fox Business Channel host and former Trump chief economic advisor Larry Kudlow made waves with a profane response to claims by Kamala Harris that the Trump administration did not leave behind a plan to distribute the coronavirus vaccine.

Host Sandra Smith tried to make light of the situation and move on.

“And that is Larry Kudlow weighing in,” Smith chuckled.

Harris told the falsehood about there not being a coronavirus vaccine distribution plan in an interview with the left-wing activist outfit Axios for their HBO show.

“There was no national strategy or plan for vaccinations, we were leaving it to the states and local leaders to try to figure it out,” Harris told a smiling Mike Allen. “So, in many ways, we’re starting from scratch on something that’s been raging for almost an entire year.”

In this case Mike Allen nodded his approval as Harris lied to the American people.

Axios even went so far as to delete a tweet of the clip of Harris that included a fact-check.

But Harris was lying.

And none other than Anthony Fauci—who goes out of his way to defend Joe Biden—called the administration out on this false claim.

“No, we certainly are not starting from scratch because there is activity going on from the distribution,” Dr. Fauci stated when asked about a Biden official claiming there was no plan. “But if you look at the plan the president [Biden] has put forth, about the things he is going to do, namely, get community vaccine centers up, get pharmacies more involved, where appropriate, get the Defense Production Act more involved—not only perhaps with getting more vaccines, but even the things you need to get a good vaccine program, for example, needles and syringes.”

Activists in the press are loath to call out Harris because they think Harris will be the Democrat nominee in 2024 and they think it would be racist to cover Kamala Harris skeptically and critically because they do not want to be seen as doing anything that could derail history and see America elect a black woman as president.

Over the last four years the media declared that the press must hold the powerful to account or else democracy would fall.

But every day of the Biden administration proved that these high-minded statements of principle were just an excuse for media activists to conduct themselves as liberal partisans and part of what the media meant when so-called “journalists” claimed Joe Biden would return politics to normal is that the press would go back to acting as the administration’s tag team partner.

And Kudlow’s outburst stood out because it showed there was at least one outlet that would not act like a courtier for Joe Biden and Kamala Harris.