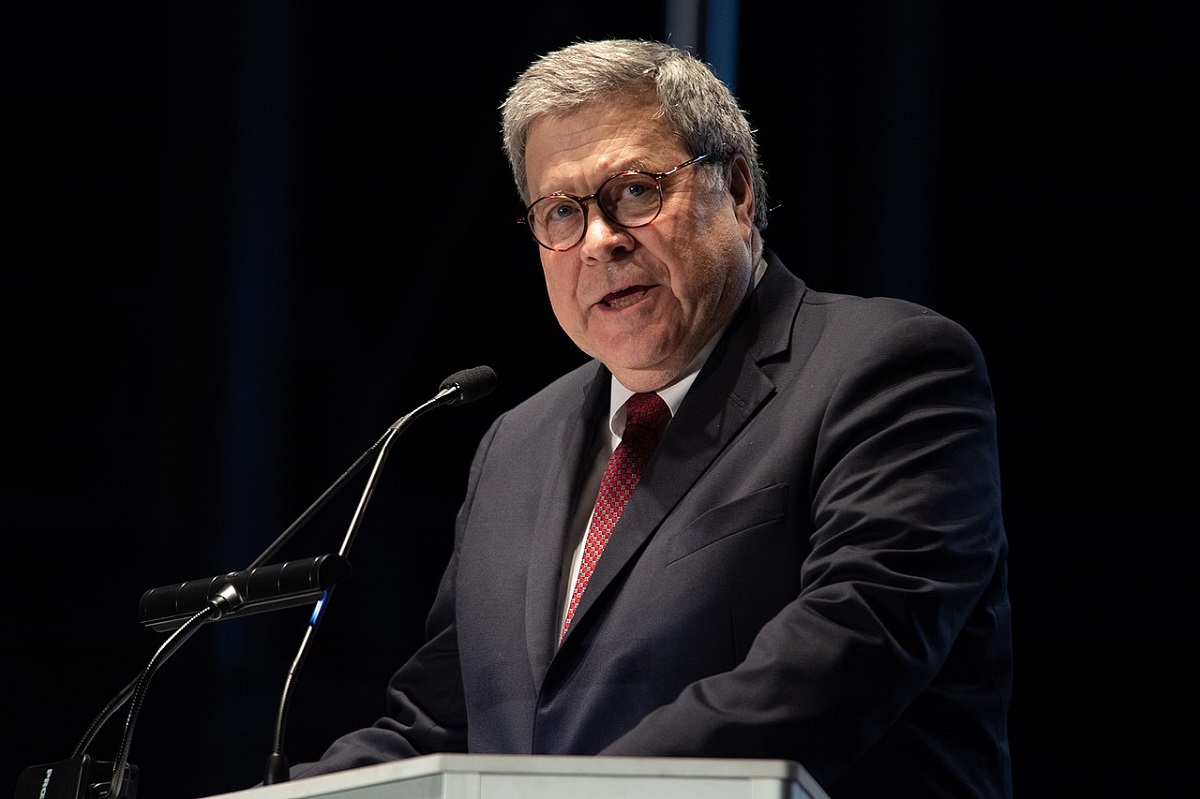 Office of Public Affairs from Washington DC, CC BY 2.0, via Wikimedia Commons
0 Shares
0

The FBI and the deep state are still after Donald Trump.

Some old allies are helping out.

And a former Trump official just defended the FBI in the most insane way.

Former Attorney General William Barr told journalist Bari Weiss the FBI raid of Mar-a-Lago was on the up and up and he was tired of conservatives criticizing the out of control and highly political FBI.

Weiss asked Barr if he thought conservatives had a point considering the FBI’s role in the Russian collusion hoax.

Barr conceded that but then falsely claimed FBI Director Christopher Wray would not engage in any partisan shenanigans.

“Well, the Russiagate thing, I think, to the extent the FBI was misused was decisions made toward by high-level officials in the FBI. I don’t think that Chris Wray is that type of leader nor do I think the people around Chris Wray are those types of leaders,” Barr told Weiss. “I think there are problems in the FBI, but it’s not that. It’s not the Chris Wray. Wray is going to wake up and say, you know, ‘How do I throw the FBI’s weight around to interfere in the political process. Just the opposite. I think he’s very cautious about that.”

Barr does not appear to be telling the truth.

When the FBI seized Hunter Biden’s laptop in 2019, Barr served as attorney general.

Barr saw the FBI try and conceal the laptop during the election.

When the New York Post published their blockbuster story about the emails on the laptop linking Joe and Hunter Biden to alleged criminal behavior Barr watched as the FBI enabled the Big Lie spread by Democrats that the laptop was Russian disinformation.

Barr then claimed conservatives were really the ones at fault and the FBI was the true victim.

“Well, what’s the alternative?” Barr added. “You know, something I’m pretty tired of from- from the Right is the constant pandering to outrage and people’s frustrations. And picking and picking and picking at that sore without trying to channel those feelings in a constructive direction. In my opinion, Ronald Reagan was a great populist not because he followed, you know, the frustrated instincts and the outrage of the people that many people who supported him but because he channeled it and was constructive about it.”

Finally, Barr placed all the blame on Donald Trump for simply pointing out that the FBI served as the partisan police force to protect the Democrat Party – covering up scandals relating to Joe Biden – while attacking the left’s enemies – spending years concocting fake crimes and fake evidence to attack Donald Trump.

“The problem with Trump is that it’s all about running just the base election, whip up your base, get your base all upset, get them outraged and turn them out at the polls,” Barr continued. “Both sides do that. That is a prescription for a continued hostility within the country and demoralization of the country and an impasse in the country. And the first side the break out of that by returning – restoring politics to what it should be, which is the politics of trying to capture a majority of the people through persuasion and decisive enough majority to change things – that’s what we should be focused on. And we’re not doing that right now. That’s not Trump’s approach.”