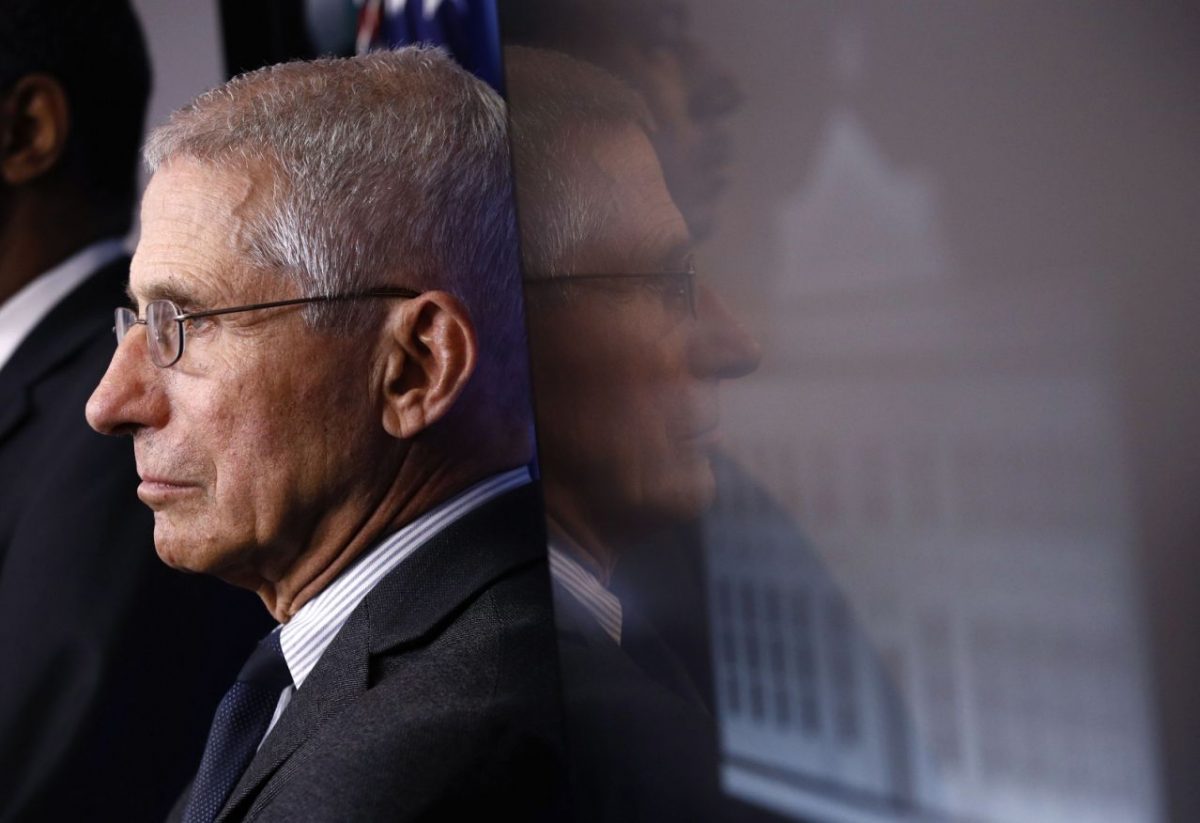 Democrats and the fake news media have always been able to count on Dr. Tony Fauci to undermine Donald Trump.

But no one was prepared for what was about to happen.

And all hell broke loose when Dr. Fauci told Democrats the one thing they wanted to hear.

A spike in cases among younger Americans in the South and West regions of the United States led the nation to see coronavirus cases rise from about 20,000 a day to 40,000 per day.

In typical Doctor Doom fashion, Fauci offered apocalyptic predictions of over 100,000 cases a day in the very near future.

“We are now having 40-plus thousand new cases a day,” Fauci warned the Senators. “I would not be surprised if we go up to 100,000 a day if this does not turn around, and so I am very concerned.”

Massachusetts Senator Elizabeth Warren asked Dr. Fauci what an increase in cases to 100,000 per day would mean in terms of the death rate.

Fauci claimed it would be “disturbing.”

“I can’t make an accurate prediction, but it is going to be very disturbing, I will guarantee you that, because when you have an outbreak in one part of the country even though in other parts of the country they are doing well, they are vulnerable… We can’t just focus on those areas that are having the surge. It puts the entire country at risk,” Dr. Fauci added.

Dr. Fauci doubled down in his doom and gloom in case anyone missed the point the first time and claimed things would “get very bad.”

“I would really be hesitant to give a number [on the overall number of deaths] that will come back in either be contradicted, overblown, or under blown, but I think it’s important to tell you and the American public that I’m very concerned because it could get very bad,” Dr. Fauci concluded.

In his testimony, Dr. Fauci made sure to blame the reopening for the spike in cases but made no mention of the fact that just weeks ago several hundred thousand – and possibly millions – of Americans rioted in the streets without observing social distancing and where not everyone was wearing a mask.

Dr. Fauci’s selective blame game confirmed once again that Fauci is no truth teller, but instead is a political hack that shades his answers to offer up the most damaging scenarios possible for Donald Trump’s re-election campaign.

The economy will completely collapse and the country will turn into Venezuela.

These underhanded attempts to sabotage Donald Trump are why many of the President’s supporters wish Trump would fire Dr. Fauci.