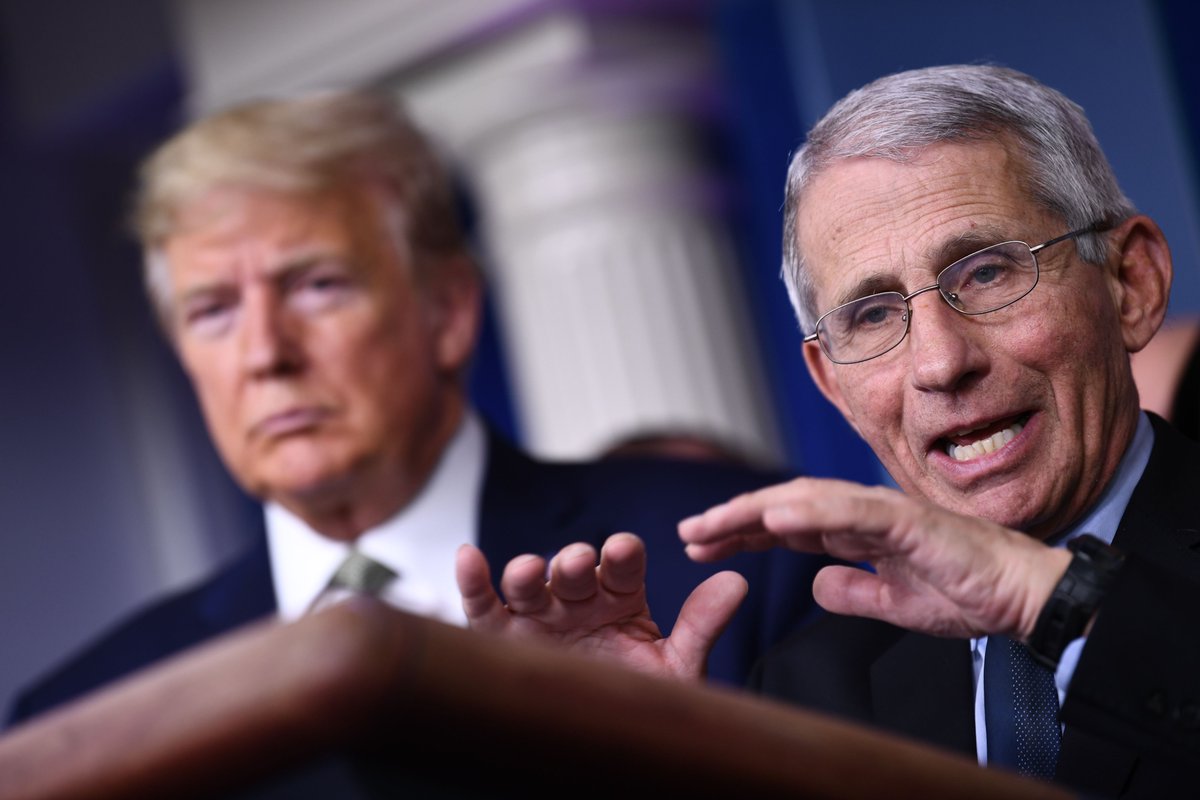 Fake news CNN and the rest of the liberal media are working to blame Donald Trump for the coronavirus pandemic.

But they just got some bad news.

And that’s because Dr. Fauci shut down CNN with this massive reality check.

Back in January the biggest story that CNN was reporting about was impeachment.

In that article, CNN referenced the Chinese government saying, “Even American media and experts doubted the government’s decision, saying that the US government’s restrictions on China are precisely what the WHO rejects, that the US is turning from overconfidence to fear and overreaction.”

CNN was actively encouraging the view that banning travel from China was a bad move by President Trump, done because of his xenophobia.

Trump was being guided by the experts when he did that.

CNN wouldn’t like to admit that their only reaction to the coronavirus is how it can be used to attack President Trump.

The data out of China was completely flawed. The small percent of cases in Wuhan gave the world a false view of the situation.

Wuhan has a population of 11 million people. That’s bigger than London. On January 29, China was reporting 6,061 cases and 132 deaths.

In a population of 11 million, just 6,000 cases gave the impression that the coronavirus is not easily transferable.

The fact that it is easily transferable by asymptomatic carriers who may not develop symptoms for weeks is what makes the coronavirus so hard to fight and the Chinese government held back that information.

The media is demanding that Donald Trump should have reacted earlier based off information he didn’t have at the time, at a time when they were blaming him for taking the steps he was taking.

Dr. Fauci shut down CNN’s Jim Acosta when he tried to claim that Trump didn’t act soon enough and questioned why the predictions of the number of Americans who will die from the virus have changed.

“Just to underscore what Dr. Birx was saying, if there was no virus in the background, there was nothing to mitigate,” Fauci said. “If there was [a] virus there that we didn’t know about, then the answer to your question is probably yes. Now the only trouble with that is that whenever you come out and say something like that, it always becomes almost a sound bite that gets taken out of context, but I think that’s very important, what Dr. Birx has said, is that if there was covert infections here that we didn’t know about, and we didn’t mitigate them, that they would’ve made a difference. If there was virtually nothing there, then there’s nothing to mitigate. And I don’t know the answer to your question.”

“But they were early. They started early,” Acosta claimed. “We were watching South Korea, excuse me, and China and Italy, and we weren’t taking action when those countries were spiking.”

“In a perfect world, it would have been nice to know what was going on in China,” Fauci responded. “We didn’t, but I believe Jim, that we, we acted very, very early in that.”

Dr. Deborah Birx said during the press conference that any lack of preparation from U.S. officials in responding to the coronavirus pandemic was due to the fact that “we were missing a significant amount of the data” from China.

The media is trying to blame Trump for not reacting sooner, when their outrage should be directed at China for not being truthful about the virus.