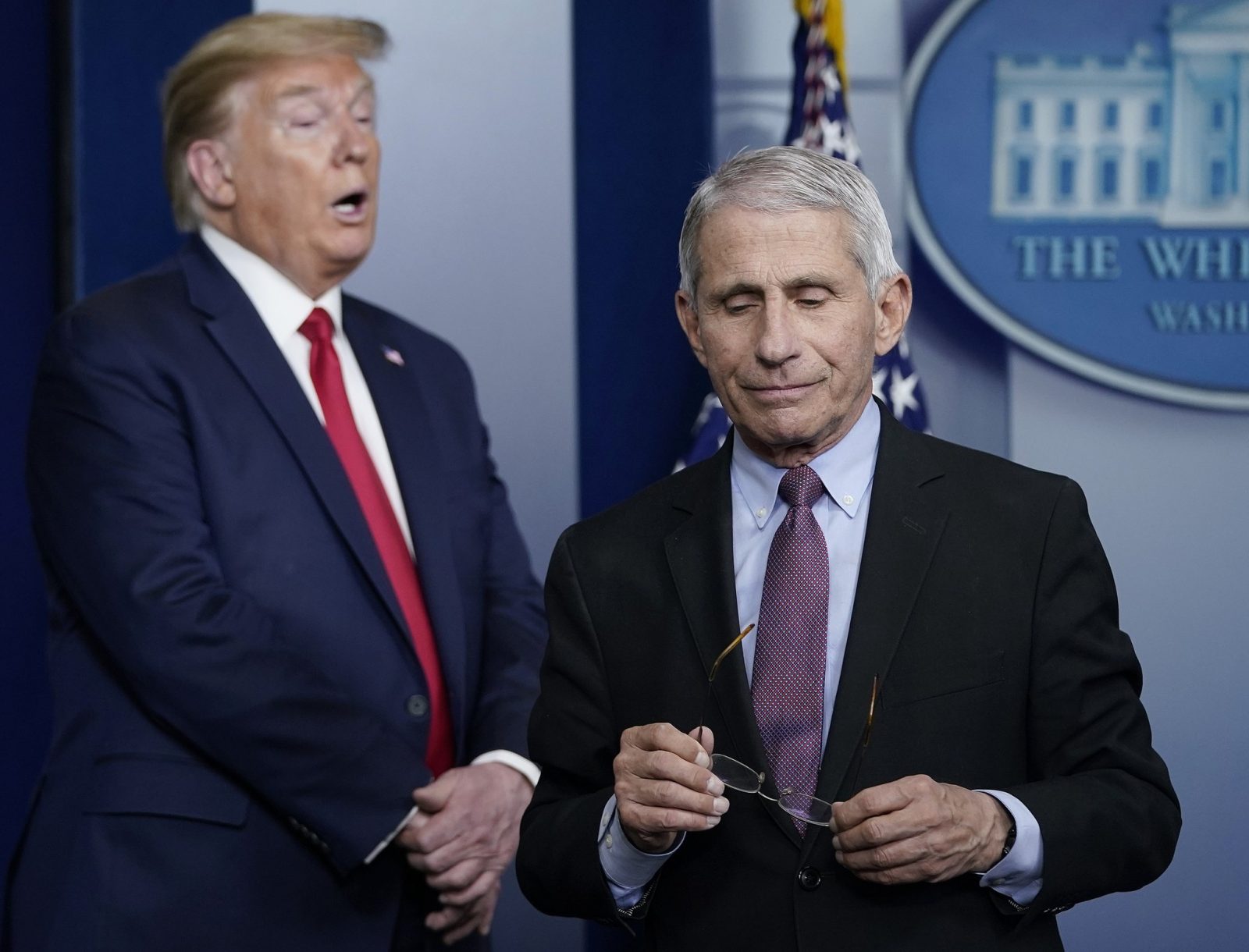 Dr. Fauci claims he is a nonpartisan health “expert.”

And Dr. Fauci made it clear he supports Joe Biden when he made this jaw-dropping statement.

President Trump’s re-election campaign released an ad with a clip of Dr. Fauci praising the administration’s mobilization of government to respond to the coronavirus.

“I can’t imagine that anybody could be doing more,” Dr. Fauci said in the ad.

Within hours, Dr. Fauci raced to keep himself in the good graces of his allies on the left by denouncing the commercial and falsely claiming his words were taken out of context.

“In my nearly five decades of public service, I have never publicly endorsed any political candidate,” Dr. Fauci told fake news CNN. “The comments attributed to me without my permission in the GOP campaign ad were taken out of context from a broad statement I made months ago about the efforts of federal public health officials.”

The Trump campaign fired back by simply stating “these are Dr. Fauci’s own words” and that Dr. Fauci was “praising the work of the Trump administration.”

But Dr. Fauci would not give up and continued to create negative news cycles for the President’s campaign.

“I think it’s really unfortunate and really disappointing that they did that. It’s so clear I’m not a political person and I have never, either directly or indirectly, endorsed a candidate. And to take a completely out-of-context statement and put it in, which is obviously a political campaign ad, I thought was really very disappointing,” Dr. Fauci told fake news CNN host Jake Tapper.

When Tapper told Dr. Fauci the campaign was planning another commercial with Dr. Fauci making an appearance, Dr. Fauci responded by engaging in punditry and encouraging voters to support Joe Biden if the campaign followed through.

“You know, that would be terrible,” Dr. Fauci responded. “That would be outrageous if they do that. In fact, that might actually come back to backfire on them.”

Just to make sure there was no confusion, Dr. Fauci told The Daily Beast that what he meant by a commercial featuring him backfiring on the campaign was that voters would support Joe Biden.

Dr. Fauci’s been the face of the greatest public health failure in American history.

But instead of admitting his errors and backing away from lockdowns and other ineffective mitigation measures, Dr. Fauci instead leveraged his ideological compatibility and shared hatred of President Trump with the fake news media to rewrite history.

“By doing this against my will they are, in effect, harassing me,” Fauci said. “Since campaign ads are about getting votes, their harassment of me might have the opposite effect of turning some voters off.”