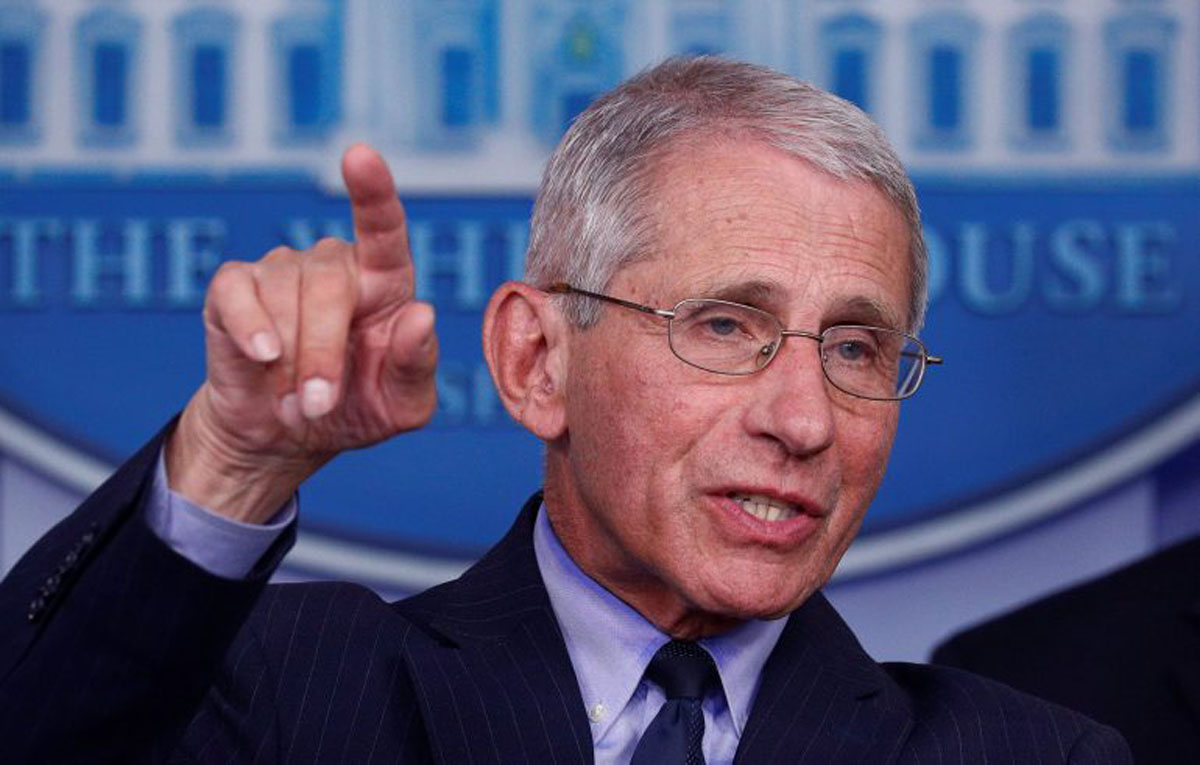 The pressure to remove Dr. Fauci is only growing.

Now Dr. Fauci is fighting for his career after making this ultimatum.

Dr. Fauci’s doom and gloom prophecies are beginning to wear thin on many Americans.

Fauci’s been the number one cheerleader for the lockdown strategy that shuttered the economy and sent 33 million Americans to the unemployment line.

This nationwide lockdown not only closed off the economy, but it forced professional sports leagues to shut down.

Americans are desperate to return to their normal lives and part of that is seeing football, baseball, basketball and hockey resume play.

But in typical fashion, Dr. Fauci moved the goalposts once that vision inched closer to reality.

In an interview with NBC Sports left-wing football commentator Peter King, Fauci expressed concern over the NFL announcing plans to start their season time in September.

“I think it’s feasible that negative testing players could play to an empty stadium,” Dr. Fauci told King. “Is it guaranteed? No way. … There will be virus out there and you will know your players are negative at the time they step onto the field. You’re not endangering. … Also, if the virus is so low that even in the general community the risk is low, then I could see filling a third of the stadium or half the stadium so people could be six feet apart. I mean, that’s something that is again feasible depending on the level of infection.”

Dr. Fauci even went so far as to announce he would cancel the season if he saw fit.

“I keep getting back to that: It’s going to depend. Like, right now, if you fast forward, and it is now September. The season starts. I say you can’t have a season—it’s impossible. There’s too much infection out there. It doesn’t matter what you do. But I would hope that by the time you get to September it’s not gonna be the way it is right now,” Dr. Fauci added.

This isn’t the first time Dr. Fauci walked back his previous claims that Americans can begin to move on to normal life and instead sells an apocalyptic version of the coronavirus pandemic.

A month ago, Dr. Fauci stated that America had enough testing capacity to begin phase one of the President’s plan to reopen the economy on May 1.

But as May 1 approached, Dr. Fauci changed his tune and falsely claimed America was not there yet on the testing front.

Dr. Fauci is pulling the same trick with sports.

Some Americans fear that Dr. Fauci will yank the rug out from under the country by canceling the NFL season to keep the economy closed down as much as possible which in turn will boost Joe Biden’s chances of victory.