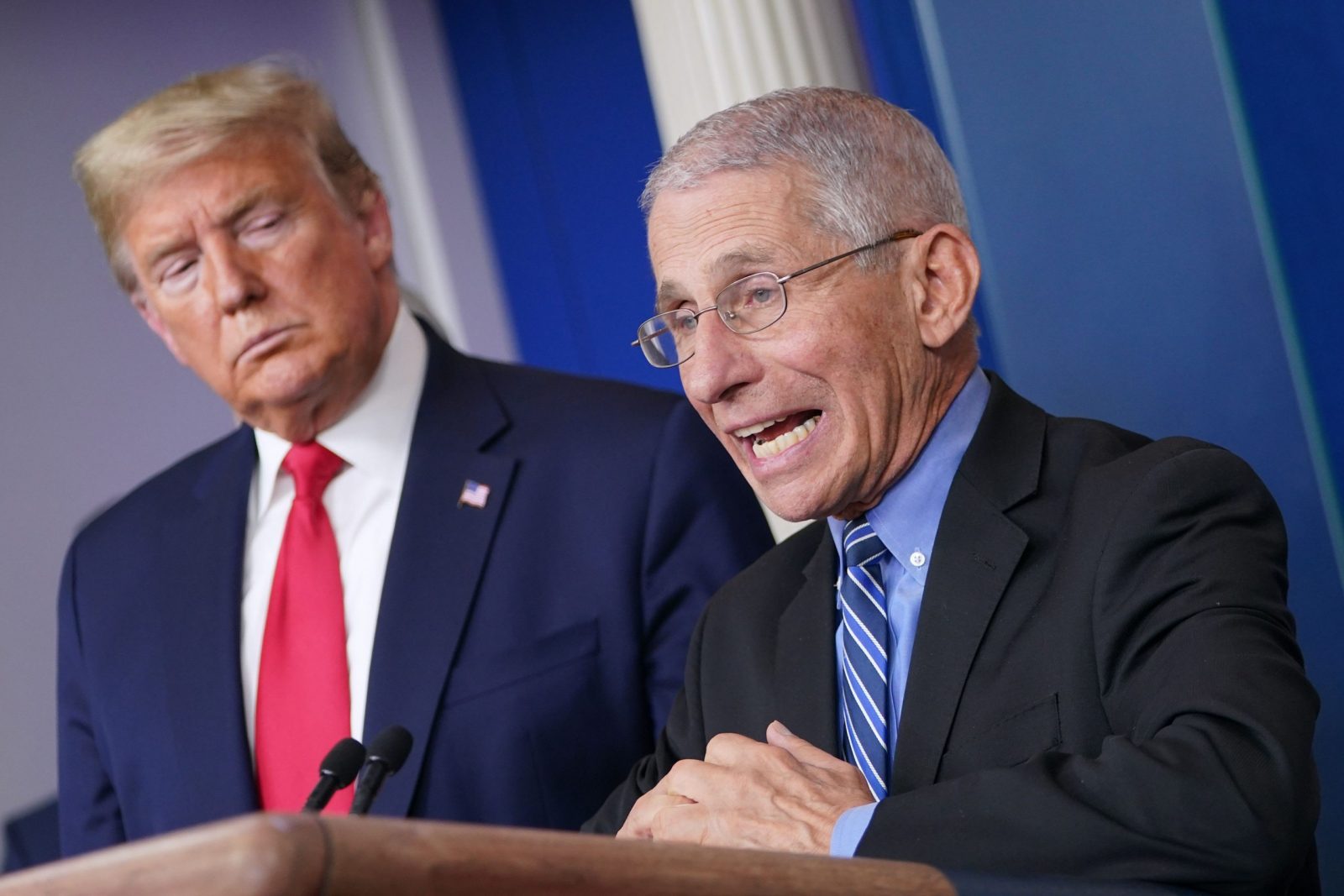 Dr. Fauci never passes up an opportunity to undermine the President.

And now,  Dr. Fauci Just Said the one thing that Donald Trump never expected to hear.

Donald Trump rejected the so-called “experts” disastrous decisions to advocate for lockdowns and mask mandates and made developing a vaccine the centerpiece of his plan to end the coronavirus pandemic.

The President has promised a vaccine by the end of the year and the fake news media immediately scoffed at that prediction.

Dr. Fauci appeared on MSNBC with Andrea Mitchell where Mitchell pressed him on the President’s vaccine timeline.

Mitchell expected Fauci to throw cold water on the idea of a vaccine by the end of the year and call the President a liar.

But instead Fauci backed up the President and stated that he expected a vaccine by November or December.

“I’m certain that other countries will be successful in developing vaccines, but I’m also fairly optimistic that we also will have at least one or more candidates that will be available for the American people,” Dr. Fauci told Mitchell.

Dr. Fauci answered the criticism that the President would authorize a vaccine in October before the election to boost his re-election prospects by saying that there would be enough data to determine if a vaccine was effective and ready to use as early as November.

“Yeah, I mean, obviously that’s a concern of many people. Right now, if you look at the timetable of the vaccine candidates that we’re involved with, we have three now that are in phase 3 trials. At least a couple of them are more than half completely enrolled. So things are really right on target. As I mentioned many times, and there’s no reason for me to change this projection, I think we’ll know by the end of this year, November or December, that we do have a safe and effective vaccine. And I’m cautiously optimistic, although, you know, you can never guarantee when you’re dealing with vaccines. But I feel cautiously optimistic that we will have that,” Dr. Fauci added.

Mitchell asked Fauci about the Centers for Disease Control telling states to submit a plan by November 1 to distribute a vaccine.

Fauci said that was a realistic timeline.

If President Trump can announce a vaccine is ready for November or December before Election Day – and that could happen as Doctors are obligated to end phase three trials if they have enough data – it will prove his strategy to combat the coronavirus was a success.

And that could tip the election in President Trump’s favor.