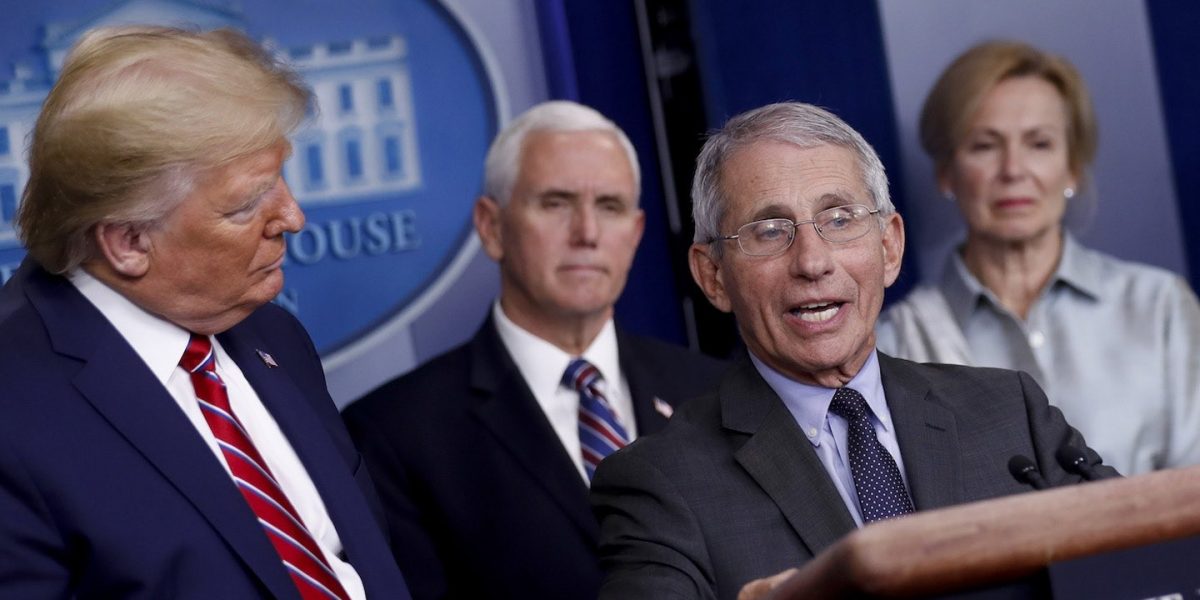 The media is constantly asking if Dr. Anthony Fauci’s job is in jeopardy.

They may soon get their answer.

That’s because the President’s allies are furious and Dr. Fauci could find himself out of a job after this stunning flip flop.

During an interview with CNBC, Dr. Fauci reversed course and suddenly claimed he was no longer in favor of endless shutdowns.

“I don’t want people to think that any of us feel that staying locked down for a prolonged period of time is the way to go,” Dr. Fauci stated.

Dr. Fauci continued back-pedaling from his previous support for indefinite lockdowns by claiming staying shut in for extended periods of time inflicted “irreparable damage” to public health – through suicide, addiction, depression and people dying at home rather than seeking medical care for treatable ailments – and to the economy.

“We can’t stay locked down for such a considerable period of time that you might do irreparable damage and have unintended consequences including consequences for health,” Dr. Fauci told CNBC. “And it’s for that reason why the guidelines are being put forth so that the states and the cities can start to reenter and reopen.”

Fauci’s final flip flop came when he now claimed the majority of the country was ready to reopen the economy.

“In general, I think most of the country is doing it in a prudent way,” Dr. Fauci stated. “There are obviously some situations where people might be jumping over that. I just say please proceed with caution if you’re going to do that.”

In an email to a New York Times reporter the night before his testimony, Fauci previewed that his message would be that reopening the economy would lead to “needless suffering and death.”

“The major message that I wish to convey to the Senate HLP committee tomorrow is the danger of trying to open the country prematurely,” Dr. Fauci wrote to New York Times reporter Sheryl Gay Stolberg. “If we skip over the checkpoints in the guidelines to ‘Open America Again,’ then we risk the danger of multiple outbreaks throughout the country. This will not only result in needless suffering and death, but would actually set us back on our quest to return to normal.”

Fauci also claimed that the coronavirus should prevent schools from opening in the fall.

This doom and gloom message served the purpose of giving the Democrats fodder to attack the President by claiming Trump was not listening to the “experts.”

After Dr. Fauci’s testimony, Donald Trump dismissed Fauci’s nay-saying, declaring that Fauci liked to “play all sides of the equation.”

But Fauci’s interview with CNBC and 180-degree reversal on reopening the economy proved President Trump right.

Now the only question remaining is if the President would dismiss Fauci for incompetence and insubordination.