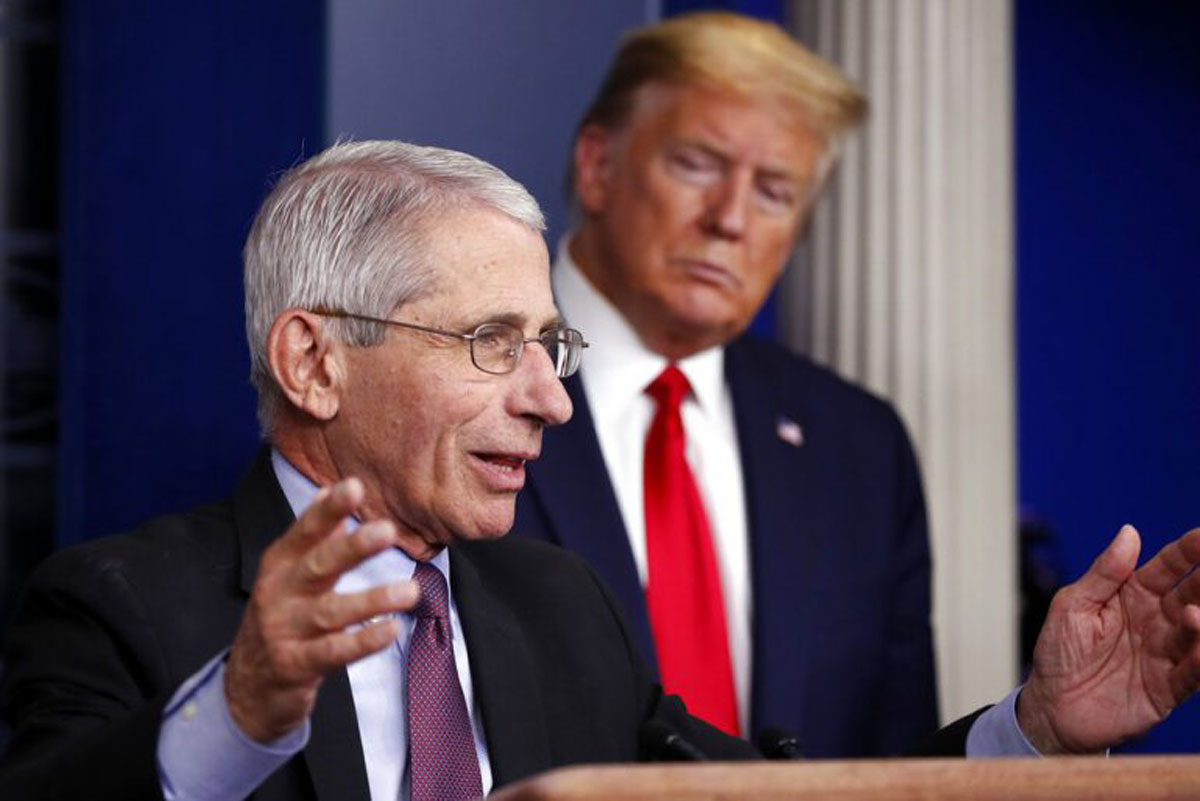 Donald Trump is dealing with sabotage from within his own administration.

Not everyone wants to see him succeed in restarting the American economy.

That’s because Dr. Fauci went on CNN and stabbed Trump in the back with this prediction.

Dr. Fauci is one of the main cheerleaders of the economically disastrous shutdown strategy that threw 30 million Americans out of work.

The fake news media and Democrats demand Donald Trump “listen to the experts” but so-called “experts” like Dr. Fauci are now hemming and hawing about restarting the economy.

On April 18, Dr. Fauci stated every state in America had the testing capacity to enter phase one of reopening their states.

But as May 1 approached and the President’s social distancing guidelines were set to expire, Dr. Fauci began to change his tune.

In an interview on fake news CNN, Dr. Fauci warned that America was set to see an even worse outbreak of coronavirus in the fall.

“If by that time we have put into place all of the countermeasures that you need to address this, we should do reasonably well,” Dr. Fauci stated. “If we don’t do that successfully, we could be in for a bad fall and a bad winter.”

“The truth is that we’re going in the right direction,” Dr. Fauci added. “But we need to continue to partner in a very active collaborative way with the states, we need to help them the same way they need to do the execution.”

Dr. Fauci also tried to play it both ways on the subject of testing.

In the interview, Dr. Fauci claimed any American that needed a test could get one by the end of May or beginning of June.

But Dr. Fauci made sure to hedge his bets by claiming he was only relaying what others had told him and that he shouldn’t be blamed in the event that promise fell short because, Dr. Fauci explained, he never believed the assurances anyway.

Dr. Fauci told fake news CNN that “as we get into the next weeks to several weeks to a month, as we get into May and June, from what we’re hearing…from the people in the task force who deal directly with the companies, namely the major firms that make the tests…we will have a very, very increased production so that by the time we get to those months, we should have what we need. But I’m always the skeptic in the group, and I always say, okay, I hear you, I believe you, but let’s see what happens.”

“[H]opefully, we should see that as we get towards the end of May, the beginning of June. Jake, that’s what I’m being told by the people who are responsible for the testing. I take them for their word. If that doesn’t happen, I’m going to go to them and say, what happened here, why didn’t it happen, and how can we fix it?” Dr. Fauci concluded.