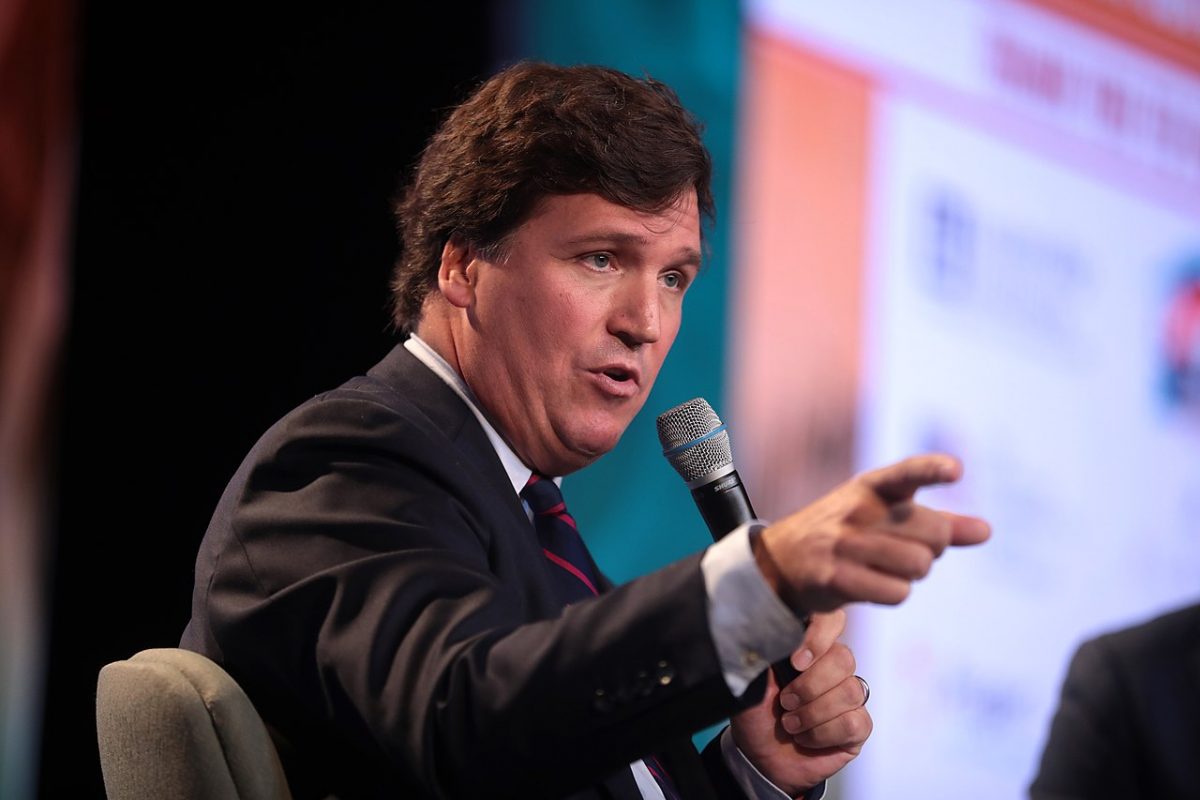 Tucker Carlson is one of the biggest supporters of Donald Trump’s agenda.

But there may be a break between the two.

And Donald Trump is not going to like what Tucker Carlson just said on TV.

Donald Trump tested positive for the coronavirus and spent three days at Walter Reed Medical Center before being discharged.

Tucker Carlson explained to his audience that Donald Trump contracting the coronavirus and then emerging from the hospital looking perfectly health was dangerous to the fake news media and Democrat Party’s preferred narrative of fear and hysteria.

“These are dangerous facts. If you’re allowed to think about them too much, you might draw the wrong conclusions. You might conclude the coronavirus isn’t quite as scary as they are telling you it is. You might regret giving up your constitutional rights in a panic last spring or letting them destroy the American economy in response,” Carlson stated.

Carlson played a number of clips of hysterical fake news media members basically rooting for Donald Trump to die from the coronavirus.

But Carlson explained that the survival rate for people infected with the coronavirus – even those in at-risk categories like Donald Trump – is quite high.

The fake news media doesn’t like to broadcast these numbers.

That’s because it might lead Americans to demand answers from so-called “experts” like Dr. Anthony Fauci that championed the lockdowns and mask mandates.

“We might have some very tough questions for our public health authorities. Donald Trump lives in one of the safest, most controlled environments on Planet Earth. If you’re looking to stay free from disease, you would try to move to the White House. Everyone around the President is tested regularly. There are doctors everywhere,” Carlson continued.

If Americans focused on the survival rate and how quickly Donald Trump recovered, Americans might ask if there was a better way to go about combating the virus.

In that case, Americans might look toward Sweden which never locked down and where the government never mandated masks and where the pandemic is essentially over.

“Sweden has a population of more than 10 million people and yet the country averages barely more than 200 new coronavirus cases a day. That’s been true for the past several weeks, all through the month of September. That’s far better than say Spain, which has around 10,000 new cases a day or France which is reporting about 12,000 new cases a day,” Carlson declared.

In the rest of Europe – where strict lockdowns and mask mandates were in place for months – cases are surging and governments are about to put London, Paris and Madrid back in lockdown.

If the media cared about the truth, they would use the example of Sweden and Donald Trump’s recovery to reassure the American people.

Instead they believe fear of coronavirus will help Joe Biden win the election so any information that contradicts this narrative is memory-holed and erased.