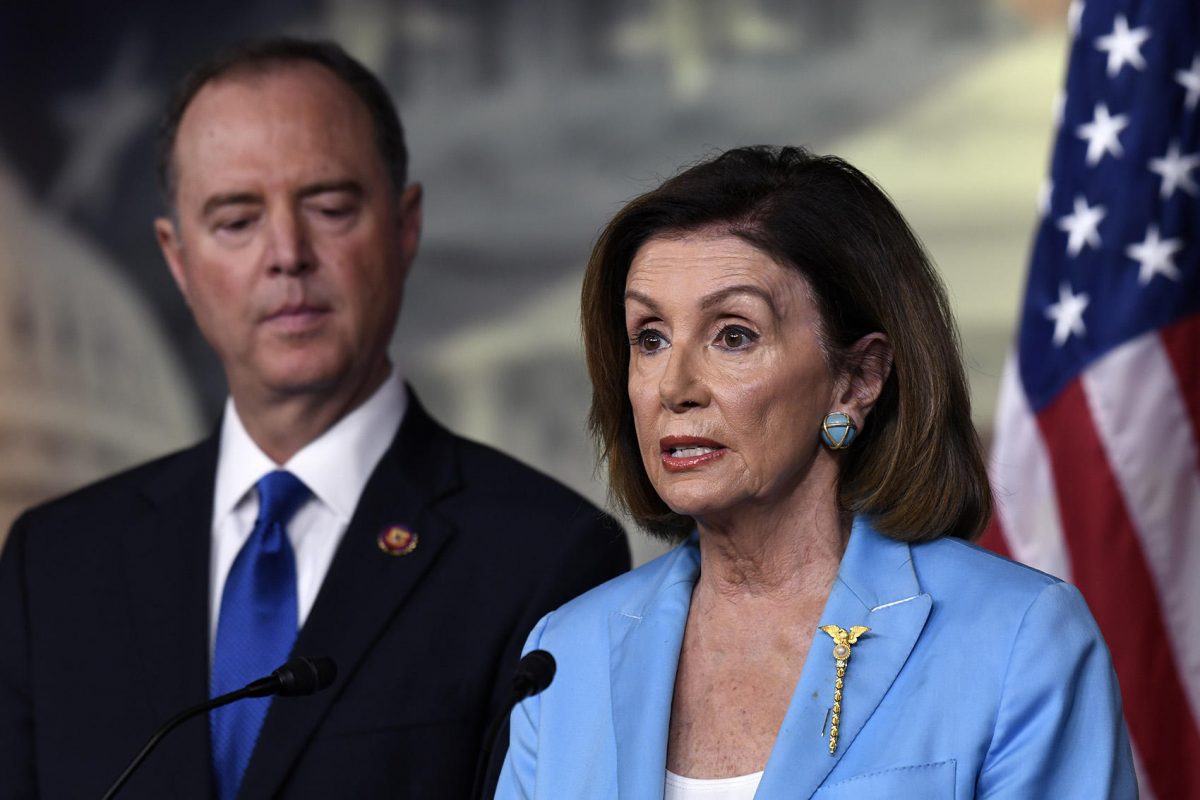 The identity and credibility of the so-called “whistleblower” that filed a complaint against President Trump is at the heart of the Democrats impeachment push.

Americans have many questions about this so-called ”whistleblower” and the Democrats have been stonewalling on the answers.

And Donald Trump found out one secret about the whistleblower that will leave you speechless.

Nancy Pelosi should have been more careful before starting an impeachment inquiry.

This is because impeachment is not supposed to decide whether a President has behaved in a way that has benefited the American people or not.

Impeachment is supposed to be a fail-safe that happens when the President has clearly broken the law.

If the Democrats don’t like what Trump did, they should ask people to vote against him in the 2020 election.

They shouldn’t start impeachment based off of data that is at best unclear.

Trump has released the summary of his call with the Ukrainian President.

The whistleblower information was second hand.

And they work for the CIA and they support Trump’s rivals.

And as if it were not clear enough, this person is a political hack.

They acted in an illegal way in the manner that they handled the information.

“The Democratic head of the House Intelligence Committee, Representative Adam B. Schiff of California, learned about the outlines of a C.I.A. officer’s concerns that President Trump had abused his power days before the officer filed a whistleblower complaint, according to a spokesman and current and former American officials.”

However, this is not the procedure that has been laid out by law.

The Intelligence Community Whistleblower Protection Act of 1998 states that officials who are concerned about wrongdoing need to go to the IC general first before contacting a congressional oversight committee.

On the official Director of National Intelligence website, it says:

The fact that the whistleblower went to Adam Schiff’s office days before the intelligence community’s inspector general shows that they were not acting as a concerned citizen but as a political hack.

The Democrats accuse Trump of acting like he’s above the law but the truth is that they are the ones that think they can break the laws when it suits them.

They know that the mainstream media will try to hide all of their crimes.

But all of that won’t save them from the fact that the whistleblower report is a flimsy partisan document that has done nothing to help the Democratic cause of impeachment.

What legal consequences do you think the whistleblower deserves for improperly handling the information?