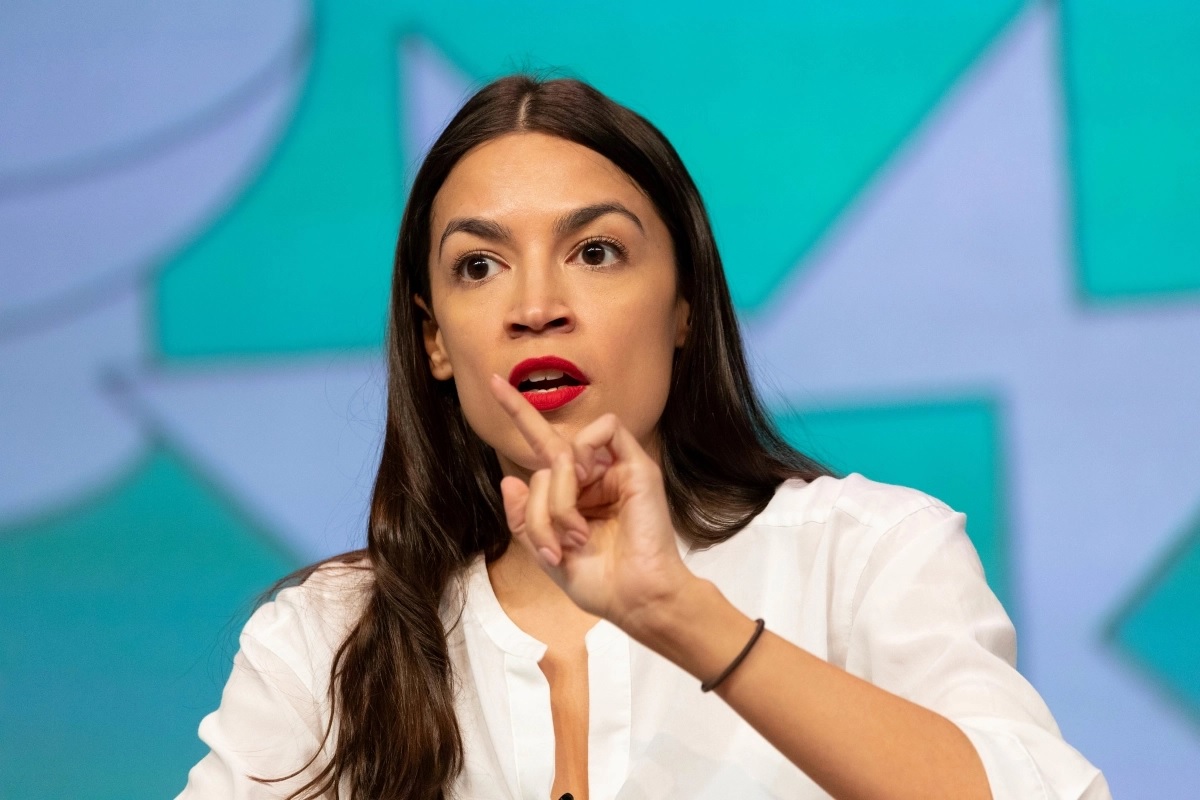 A key Democrats Arrest Has All Hell Breaking Loose

Alexandria Ocasio-Cortez put Democrats in a bad spot once again.

This latest move could cost the left everything.

And Donald Trump was grinning from ear to ear after reading this letter from Alexandria Ocasio-Cortez.

Republicans won every tossup race in the House of Representatives during the 2020 election in large part because GOP candidates defined the Democrats as the party of defund the police.

Alexandria Ocasio-Cortez pushed Democrats to adopt this toxic policy and slogan in the wake of the Black Lives Matter riots following the death of George Floyd.

Rising crime in Democrat run cities is a key issue for voters heading into the 2022 midterm election.

And once again Alexandria Ocasio-Cortez’ attacks on the police threaten to define the Democrats in the minds of voters.

Black nationalist terrorist Frank James shot ten people and injured 13 others during a shooting on the New York City subway.

James’ racist act of madness called attention back to a 2019 letter authored by Ocasio-Cortez and other Democrats demanding the NYC MTA not hire new police officers to protect the subway platforms.

“In our view desperately needed resources would be better invested in subway, bus, maintenance and service improvements,” Ocasio-Cortez’ letter read. “We are urging the MTA to divest from this current model of criminalization.”

Then Governor Andrew Cuomo stated the goal of hiring new police officers was to protect against turnstile hopping to avoid paying the fare and violence on the platforms.

“Punishing the poor does not create a safer environment. Instead it threatens the very foundation of our community. That is why my New York colleagues and I wrote a letter to
@NYGovCuomo asking him to help put an end to MTA’s dangerous policing policy,” Ocasio-Cortez wrote in a tweet accompanying her letter.

“If you don’t control the method of entrance through the turnstile you lose control of the whole subway system and that’s what happened,” Sliwa stated. “They need as many cops as they can get and they got to have them all throughout the system.”

Americans want safe streets where they don’t have to fear getting shot by black nationalist terrorists while riding the subway.

Ocasio-Cortez and other Democrats continue to attack police and demand city leaders scale back law enforcement’s role in protecting communities.

If Donald Trump runs for re-election in 2024 Trump’s message of law and order will sit at the centerpiece of his campaign.

And Alexandria Ocasio-Cortez attacking plans to hire more police officers will serve as a useful foil for Trump to run against.

A key Democrats Arrest Has All Hell Breaking Loose