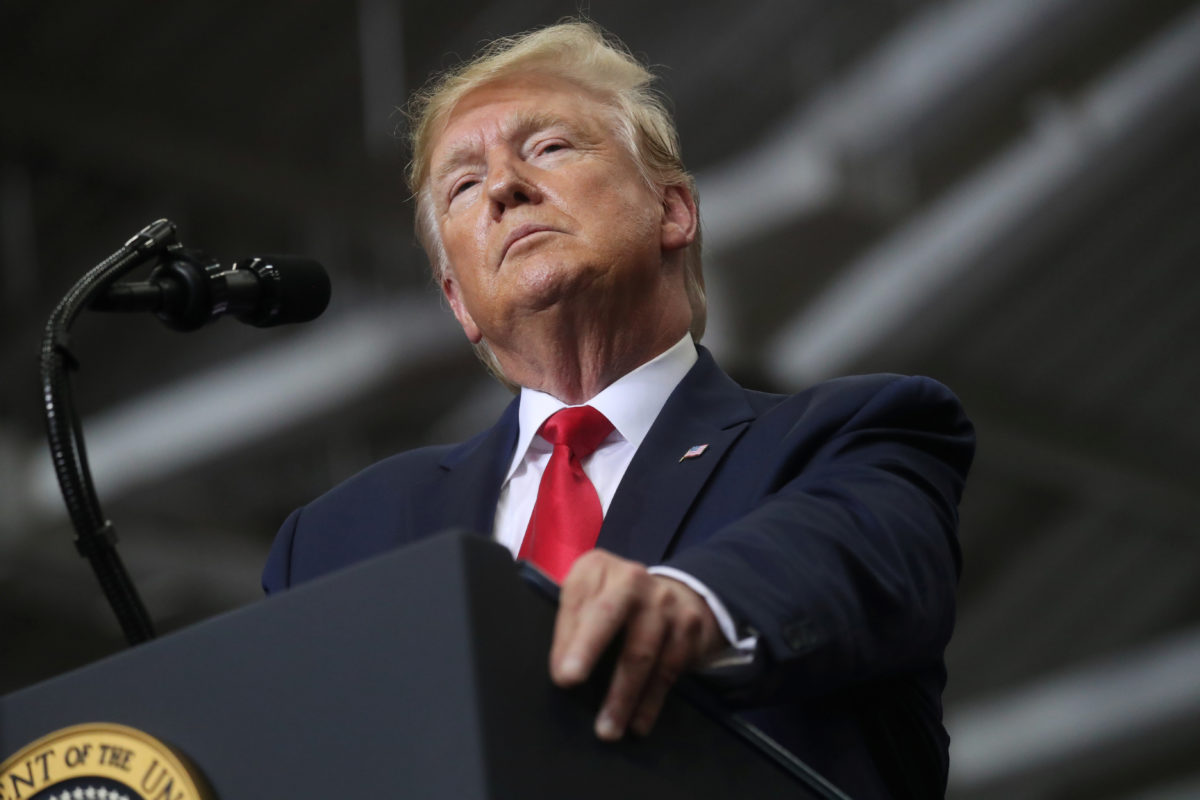 America is facing multiple crises at once.

The coronavirus and left-wing riots threaten to upend the American order.

And Donald Trump gave the military one order that had everyone asking this question.

Donald Trump held another coronavirus press briefing to update the public on the state of the federal response to the COVID19 outbreak.

The President again touted the success of “Operation Warp Speed” in getting multiple vaccine candidates to phase three clinical trials in record time.

There is substantial optimism that 100 million doses of a safe and effective vaccine will be available to the public before the end of 2020.

One of the challenges the Trump administration will face in this scenario is how to best distribute the vaccine as well as procuring the medical supplies necessary to begin inoculating the American people.

In his press briefing Donald Trump answered that question.

“We’ve dramatically ramped up production of materials needed for a vaccine and are on track to rapidly produce 100 million doses as soon as a vaccine is approved which could be very, very soon,” Trump told the assembled group of reporters. “Logistically we’re using our military.”

President Trump explained that the military would handle the logistics of delivering the vaccine in a timely and efficient manner.

“Our great military, a group of people, their whole life is based around logistics and bringing things to and from locations,” the President added. “They’ll be able to care of this locationally and bringing it where it has to go very quickly.”

President Trump noted that four-star Army General Gustave Perna who serves as second-in-command at Operation Warp Speed was in charge of distribution.

“They’re all mobilized. It’s been fully set up. A very, very talented general is in charge, and when we have that vaccine it will be discharged and taken care of.”

The fake news media routinely smears the President for allegedly “bungling” the response to the coronavirus.

But the aspects of the outbreak that the administration can control such as acquiring and delivering Personal Protective Equipment and developing vaccines and therapeutics have been unqualified successes.

It normally takes three to five years for a vaccine to come to market.

The Trump administration – through Operation Warp Speed – may cut that down to under one year.

And now the military is lined up to make sure the vaccine gets out to the public in the fastest manner possible.

It’s a lie to claim the administration’s response is a failure because of case counts.

There is little way for any government to contain an airborne virus that is highly contagious.

What the government can do is manage supplies and develop treatments to prevent the loss of life.

And on both of those fronts the Trump administration’s response has been a success.