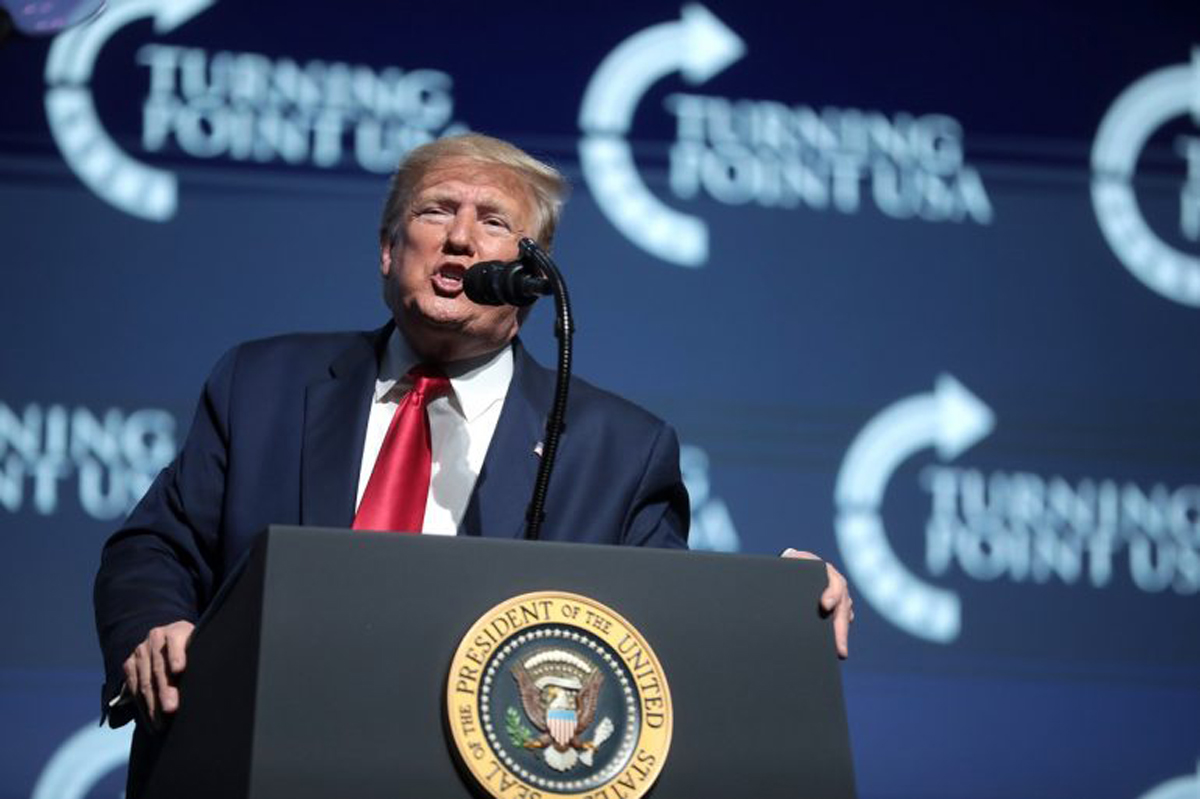 Donald Trump is facing a decision that could shape the future of American politics.

Trump is trying to decide if he will mount a comeback bid.

And Donald Trump told Fox News only one person could convince him to for President in 2024.

In an interview with Fox News Channel’s Maria Bartiromo,Donald Trump dropped his first hints about his political future.

Bartiromo asked Donald Trump about reports in the Daily Mail that the Duchess of Sussex, Meghan Markle—the living embodiment of the Democrat Party’s allegiance to woke cancel culture—was considering a run for president in 2024 if Joe Biden decides not to seek re-election.

“I am glad you came on to talk about all of the success that you had in your term because it certainly was significant,” Bartiromo stated. “As we wrap up here, Mr. President, what was your take on Meghan Markle now saying — meeting with Democratic operatives, she may want to run for president?”

Trump responded that if Meghan Markle did decide to run for the Democrat Party presidential nomination in 2024, that would be the one thing that would definitely push Trump into the race.

“If that happened, I think I’d have an even stronger feel toward running,” Trump shot back.

Markle harshly criticized Trump in the 2020 race and Trump would relish the chance to counterpunch.

In the interview Trump did tell Bartiromo that he would make his eventual decision about running for president in 2024 after the 2022 midterm elections.

In every poll, Republican voters overwhelmingly select Donald Trump as their top choice for the Republican Party presidential nomination in 2024.

Even Never Trump haters like Utah RINO Mitt Romney admit that if Donald Trump runs for president in 2024, Trump will win the GOP nomination in a landslide.

But in a subsequent interview with Fox News contributor Lisa Boothe on her podcast, Trump sent the first signal that he may not seek a second term in 2024.

None of those candidates will run for president if Trump seeks the nomination in 2024.

Until Donald Trump makes up his mind about running for president, the 2024 field will be frozen in place as the top operatives and field organizers will not want to anger Trump by signing up with a rival campaign.

This interview was the first time where Donald Trump laid out a timeline for when he will make the decision about seeking a second term.