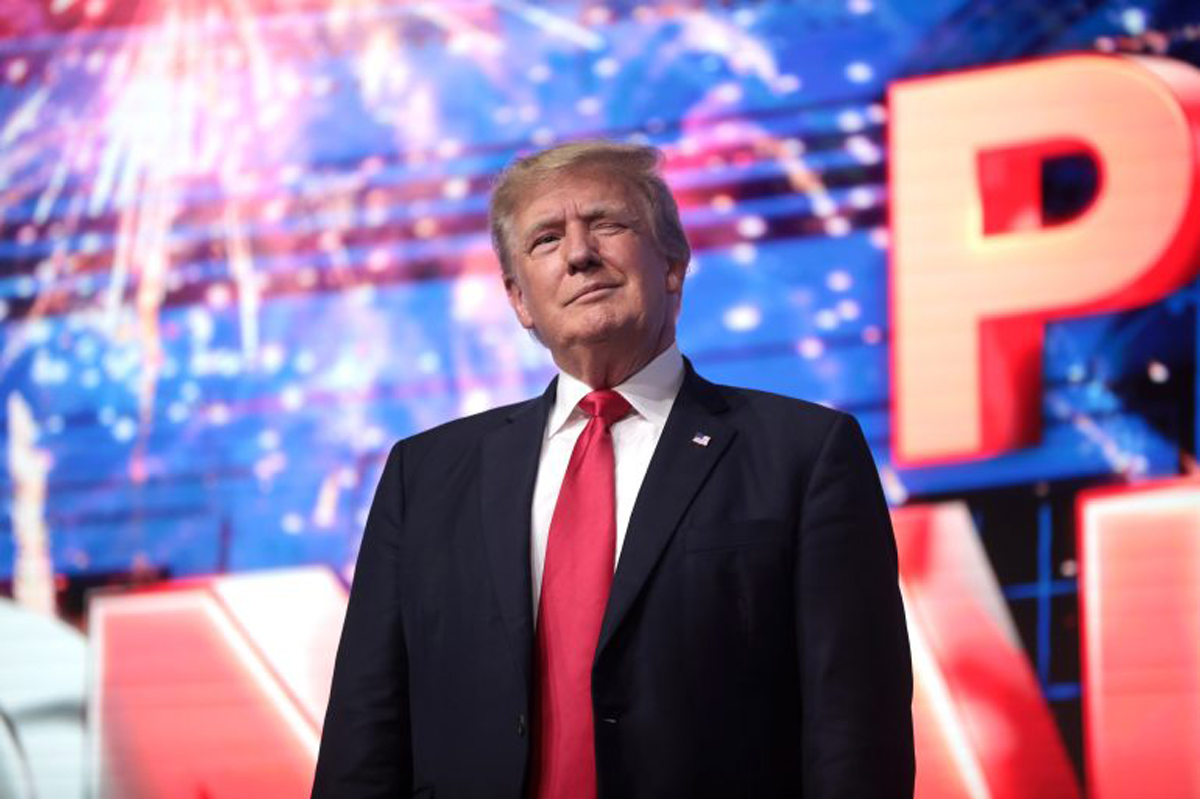 Donald Trump spent much of late 2020 feuding with Fox News.

Everyone thought the disagreement was over.

Donald Trump is not going to be happy with what he just saw on Fox News.

After the last election, Trump had a falling out with Fox News after Fox declared Joe Biden the winner.

Trump claimed Biden only won because of voter fraud and contested the results of the election.

After Trump began feuding with Fox, the network lost 30 percent of its audience and slipped to last place in the cable news ratings wars.

Trump appeared to make up with Fox News as Trump made several appearances on the network for interviews.

But that truce appears over.

Trump released a statement blasting Fox News for airing an anti-Trump commercial from a left-wing group.

“What good is it if FOX News speaks well of me when they continually allow horrible and untruthful anti-Trump commercials to be run—and plenty of them,” Trump’s statement read. “In the good old days, that would never have happened and today it happens all of the time.”

Trump declared that CNN or MSNBC would never air a pro-Trump commercial.

The statement also noted that every institution in America opposed Trump.

“Ratings-challenged CNN and MSNBC would never run a positive Trump ad—never,” Trump added. “With so many forces against us, Big Tech, the Fake News Media, the Radical Left, the RINOs, and more, we are at such a disadvantage, but we will win anyway!”

The left-wing MeidasTouch PAC took credit for the ad – which the group bought through a local cable system as opposed to Fox News – on social media.

“We just broke Trump. We didn’t think we could break him any more than we already had. But we did. After we put our ad on the air at Mar-A-Lago that is humiliating him for not coming to Virginia. He wants to come so badly,” the group’s tweet read.

The ad that set Trump off was a misleading attack on Trump for not physically campaigning in Virginia for Republican candidate Glenn Youngkin.

“Donald why are you so scared to go to Virginia?” the MeidasTouch ad states. “Is it because you know Glenn Youngkin wants nothing to do with you? Or is it because your loser stench rubs off on everyone you touch?

“If you aren’t too weak or scared or washed up, you would get to Virginia fast,” the ad concluded before calling Trump a coward.

But Virginia is a solid blue state and Democrats want to bait Trump into holding a rally in the state because their strategy is to deflect attention away from the main issue of the campaign – critical race theory in schools – and focus their attention on Donald Trump even though he is not on the ballot.