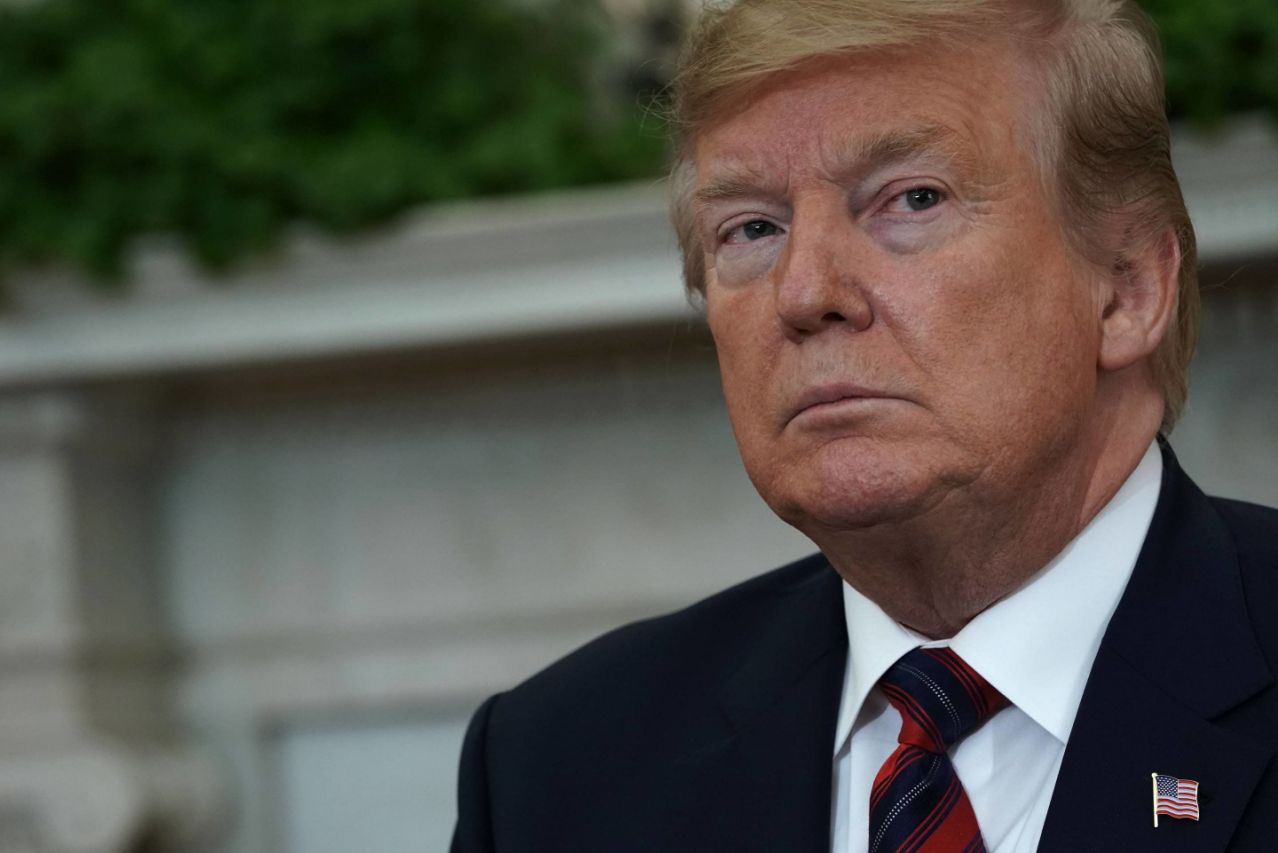 Donald Trump thought he had a handle on the FBI after he fired former FBI Director James Comey.

But President Trump just got some bad news.

Donald Trump found out a secret about the FBI that has him in Deep trouble.

FBI Director Christopher Wray lifted the spirits of Democrats and many members of the fake news media when he testified to the Senate that he would not call the surveillance the Obama administration and the FBI put the Trump campaign under in 2016 “spying.”

Under questioning from New Hampshire Senator Jeanne Shaheen, Wray declined to use the term “spying.”

“That’s not the term I would use,” Wray told Shaheen. “Lots of people have different colloquial phrases. I believe that the FBI is engaged in investigative activity, and part of investigative activity includes surveillance activity of different shapes and sizes, and to me the key question is making sure that it’s done by the book, consistent with our lawful authorities.”

Shaheen then asked Wray if he had any evidence of illegal spying.

Wray danced around the issue and leaned on the fact that Department of Justice Inspector General Michael Horowitz was still conducting his investigation as to why he could not answer directly.

“I want to be careful about how I answer this question here because there is an ongoing inspector general investigation,” he said. “I have my own thoughts based on the limited information I’ve seen so far but I don’t think it would be right or appropriate to share those at this stage because I really do think it is important for everybody to respect the independent inspector general’s investigation, which I think this line of questioning starts to implicate, and I think it’s very important for everybody to be able to have full confidence in his review,” Wray stated.

Wray directly contradicted Attorney General William Barr who previously told the Senate that he would say using FISA warrants and undercover agents against members of the Trump campaign was spying.

“I think spying did occur,” Barr told Senators. “The question is whether it was adequately predicated. …Spying on a political campaign is a big deal.”

“I am not saying that improper surveillance occurred; I’m saying that I am concerned about it and looking into it, that’s all,” Barr added.

Wray fed the fake news and Democrats a talking point on a silver platter.

So-called “reporters” could claim that the nonpartisan FBI Director appointed by President Trump directly contradicted a claim made by his “handpicked” Attorney General.

This allowed fake news media outlets and Democrats to gaslight the American people into thinking the idea that the Obama administration and the FBI spied on Donald Trump’s Presidential campaign was nothing more than a “conspiracy theory.”

This is not the first time Wray stabbed Trump in the back.

Unfortunately for many Trump supporters, they do not believe Wray is any improvement over disgraced former FBI Director James Comey.

Let us know your thoughts in the comments section.