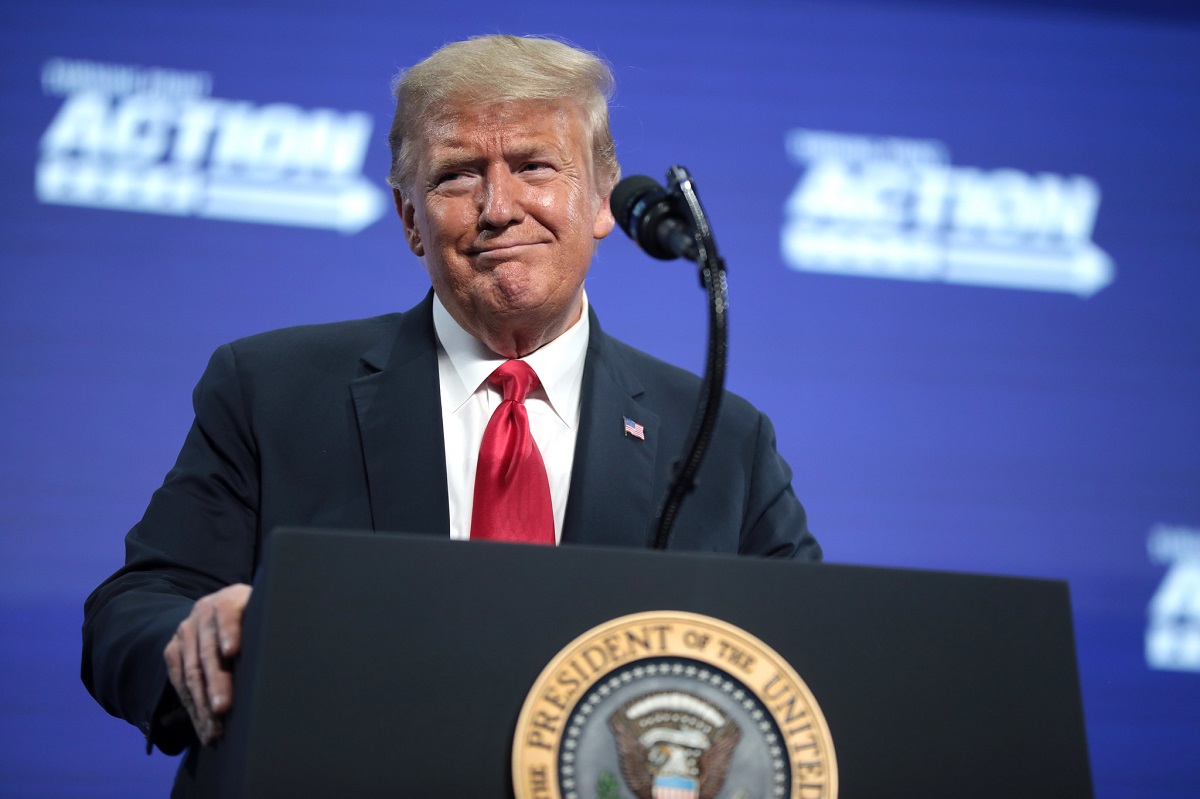 Members of the D.C. swamp are terrified Trump will run for President again in 2024.

But now Donald Trump will be furious when he finds out about this criminal prosecution.

Former Trump chief of staff Steve Bannon defied a subpoena from Nancy Pelosi’s January 6 committee to testify about his conversations with Trump before the events at the Capitol after Donald Trump invoked executive privilege.

Committee Chairman Democrat Congressman Bennie Thompson of Mississippi announced the committee would vote to send a criminal referral for Bannon which would then vote on referring Bannon to the Department of Justice for criminal prosecution.

During the Trump years the corporate media falsely claimed Trump politicized the Department of Justice even though deep state prosecutors let accused criminals at the FBI get away with trying to frame Trump for being a Russian agent while throwing the book at Trump associates for the crime of working for Donald Trump’s winning campaign.

When Joe Biden returned to the White House from a bizarre speech about his socialist agenda Biden spoke with reporters and demanded the committee throw Bannon – and any other Trump officials that defied the committee’s subpoenas – in jail.

“I hope the committee goes after them and holds accountable,” Biden stated.

When asked if that meant jail, Biden responded in the affirmative.

When Donald Trump was president CNN and other corporate media outlets produced hyperventilating coverage about the republic coming within an eyelash of falling when Trump would say the Deep State plotted a coup to overthrow him.

Biden’s underlings quickly got ahead of this story and falsely claimed the highly political DOJ would not be influenced by a direct order from the President of the United States to jail his political opponents.

“The Department of Justice will make its own independent decisions in all prosecutions based solely on the facts and the law. Period. Full stop,” Justice Department spokesman Anthony Coley declared.

Press secretary Jen Psaki got in on the damage control as well.

“As @potus has said many times, January 6th was one of the darkest days in our democracy.  He supports the work of the committee and the independent role of the Department of Justice to make any decisions about prosecutions.” Psaki posted on social media.

Investigative journalist Glenn Greenwald posted a series of tweets highlighting case law showing how the January 6 committee -which isdesigned to investigate Americans for their political beliefs – is illegal and should hold no authority.

I really wish people would read the Supreme Court's McCarthy era cases. The Court demanded answers from Congress on why they had the right to investigate private citizens' Communist associations & plots given *only* DOJ has the power to investigate crimes. Congress' reply, 1957: pic.twitter.com/xsMf8de8Zi

The Court — both during Congress' McCarthy probes and before — stressed that while Congress can issue subpoenas to help write new laws or exert oversight over the Executive, compelling private citizens to answer about their political acts is particularly dangerous and dubious. pic.twitter.com/wmZahmaktC

I'm going to have my article on all this up soon. Writing about long-standing legal precedent is never easy. But to say that Congress' 1/6 Committee is constitutionally dubious — not just its extreme subpoenas but its very existence — is an understatement. It's major overreach.