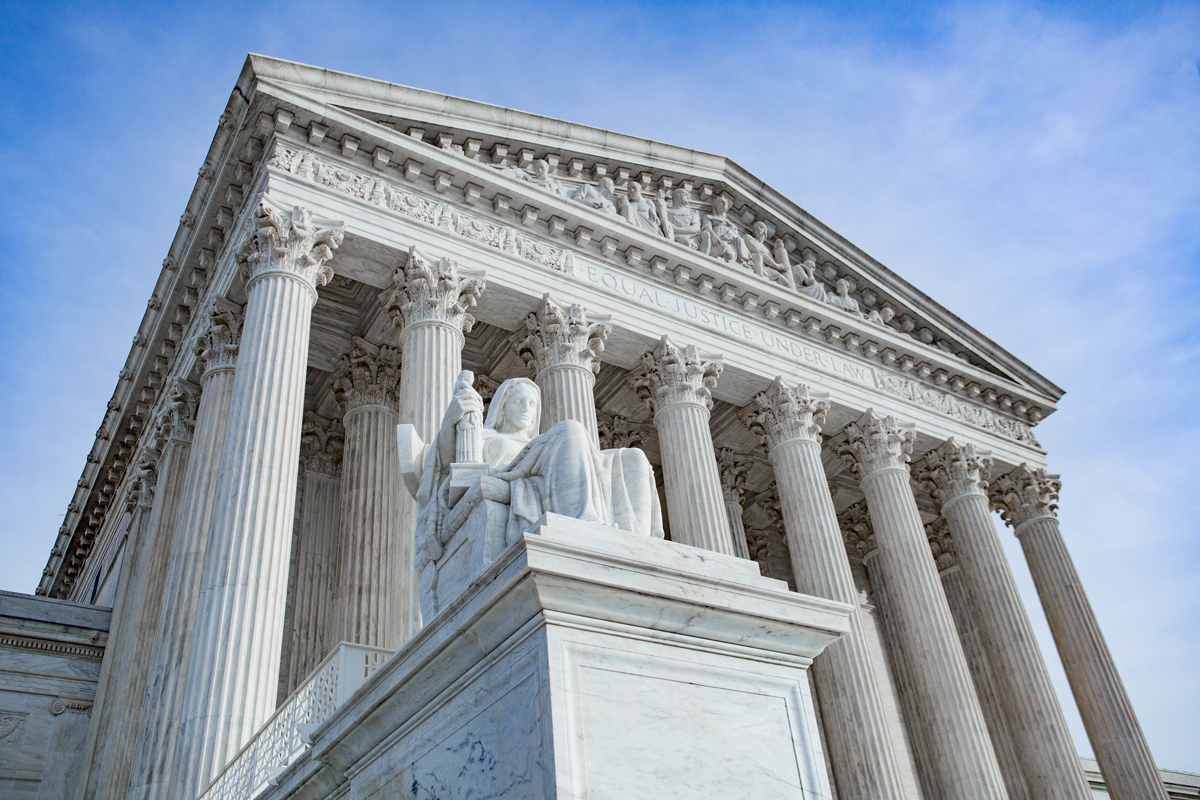 Conservatives were waiting for what came next.

And Donald Trump put Amy Coney Barrett on the Supreme Court for this bombshell case.

“Our creator endowed us with the right to life and yet millions of children lose their right to life every year because of abortion,” Abbott said at the bill signing ceremony, adding that the state legislature “worked together on a bipartisan basis to pass a bill that I’m about to sign that ensures that the life of every unborn child who has a heartbeat will be saved from the ravages of abortion.”

“When you factor in the time it takes to confirm a pregnancy, consider your options and make a decision, schedule an appointment and comply with all the restrictions politicians have already put in place for patients and providers, a six-week ban essentially bans abortion outright,” executive director of Planned Parenthood Texas Votes Dyana Limon-Mercado said.

Pro-life activists support these bills believing they are the vehicle to overturn Roe v. Wade.

Up until now, conservatives thought they had no pathway to see the Supreme Court uphold these laws.

Pro-life activists’ hopes received a boost when the Supreme Court agreed to hear Mississippi’s appeal of a lower court striking down the state’s ban on abortion after 15 weeks.

The Supreme Court will hear arguments on the question of if laws banning abortion before the fetus reaches viability pass constitutional muster.

If the state of Mississippi wins that appeal a direct challenge to Roe v. Wade in the form of a heartbeat bill would be the next step the Court could choose to take.

For generations, Democrats felt secure in the fact that they had the votes to uphold Roe v. Wade.

That held true up until now.

The new Court has yet to hear an abortion case.

It’s an uncertain reality that has many Democrats nervous.

Roe v. Wade has long been considered the Holy Grail for liberal jurisprudence.

The decision completely realigned American politicians by beginning the migration of evangelicals into the Republican Party moderate “Rockefeller Republicans” over to the Democrat Party.

Every Supreme Court nomination battle since Robert Bork in the mid-‘80s boiled down to a fight over Roe v. Wade.

Now after decades of confirmation and legal battles America may see the Supreme Court take up a series of cases to settle this matter once and for all.