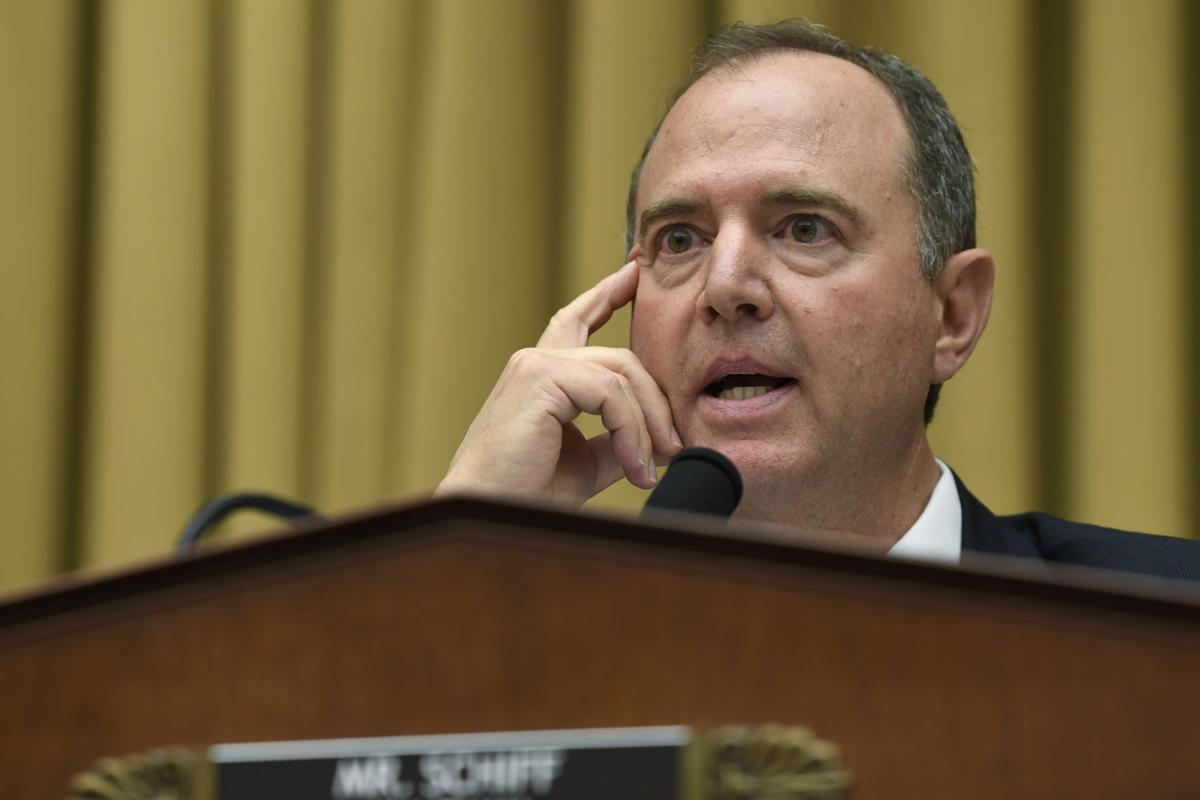 Adam Schiff has a run shady, unethical and unconstitutional coup to remove Donald Trump from office.

But now Trump and his allies are fighting back.

And Donald Trump hit Adam Schiff with this ultimatum that left him trembling in fear.

Democrats are now in an all-out battle to impeach President Trump.

Their impeachment attempt is moving forward.

And Rep. Adam Schiff is currently leading the effort, using fake news claims from a so-called “whistleblower” to allege that Trump threatened the Ukrainian president to investigate Joe Biden and his son.

Even when the call transcript shows that not to be true, Schiff continues on and even outright lied about what Trump said.

While serving as Chairman of the House Intelligence Committee he read what he claimed to be the call, where he adds in statements that Trump never said.

In response to this, Trump took to Twitter to question whether Schiff should be arrested for treason.

“Rep. Adam Schiff illegally made up a FAKE & terrible statement, pretended it to be mine as the most important part of my call to the Ukrainian President, and read it aloud to Congress and the American people,” Trump said, before adding, “It bore NO relationship to what I said on the call. Arrest for Treason?”

The term treason is often thrown around, and in most cases, it is used incorrectly.

But in this case, it appears that Schiff actually did engage in treasonous activity.

He spread intentional lies about the President of the United States in an attempt to discredit, and oust him from the presidency.

Trump then went on to explain just how disgraceful his actions were.

“His lies were made in perhaps the most blatant and sinister manner ever seen in the great Chamber. He wrote down and read terrible things, then said it was from the mouth of the President of the United States. I want Schiff questioned at the highest level for Fraud & Treason,” Trump said.

And now Trump is going even further, stating that he is considering bringing Schiff to court over his lies.

“We’re going to take a look at it. We’re going after these people. These are bad, bad people,” Trump said at the Values Voter Summit in Washington, DC.

Trump went on to say that lawyers weren’t sure whether a personal lawsuit is the best way, to which he said he told them to “sue him anyway, even if we lose, the American public will understand.”

Not only that, but Trump is also telling his lawyers to sue House Speaker Nancy Pelosi.

“And sue Nancy Pelosi,” Trump continued. “Or maybe we should just impeach them, because they’re lying and what they’re doing is a terrible thing for our country.”

If Trump does force these lawsuits, he will be able to expose the Democrats for all their wrongdoings.

Nancy Pelosi may control the House of Representatives, as she is Speaker of the House.

But she won’t control the rules in an actual court of law.

Do you think Trump should sue Adam Schiff and Nancy Pelosi?