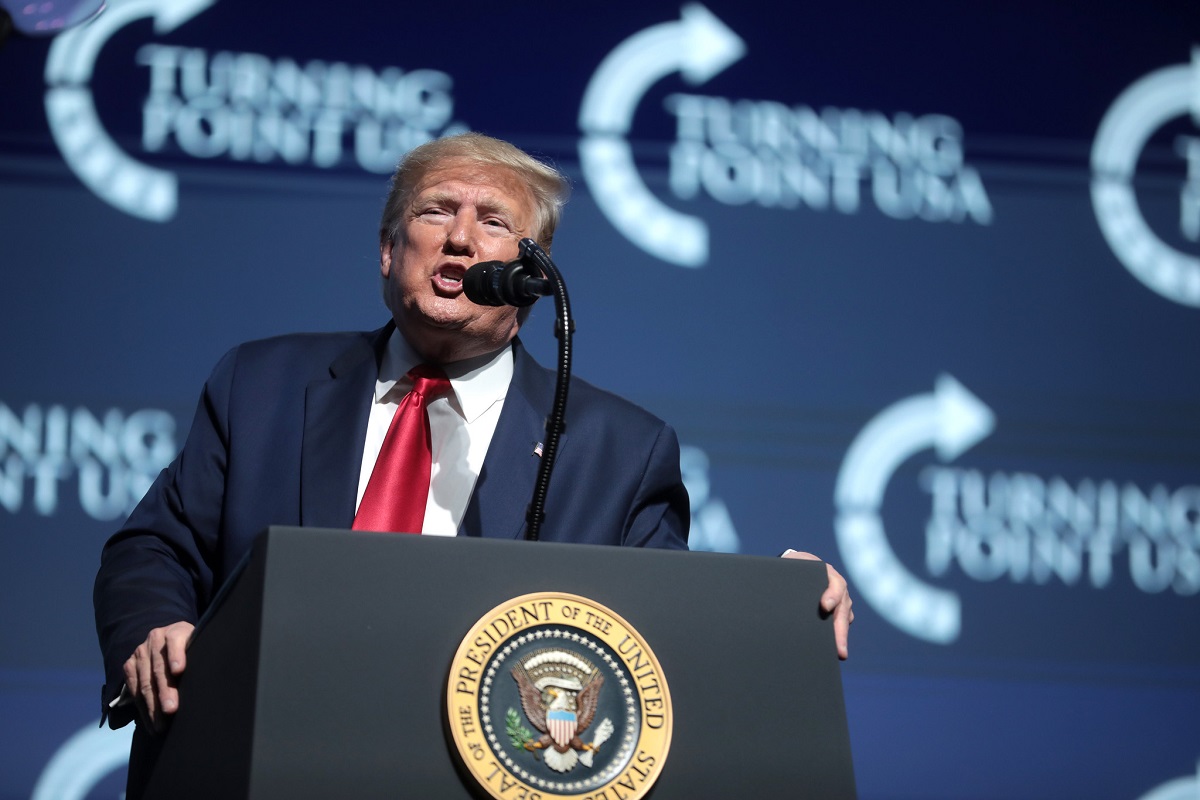 Democrats and “Swamp First” Republicans thought they were rid of Donald Trump.

But now all hell is breaking loose.

And that’s because Donald Trump made one phone call that dropped one big hint about a 2024 comeback.

The fake news media and Democrats want to distract the American people from Joe Biden’s disastrous first week and a half in office.

RINOs like Mitt Romney took the bait and declared war on Greene attacking her social media and kicking off a GOP civil war at a time when Republican voters are under unprecedented assault by the Biden administration and its allies.

Instead of fighting Biden’s East Germany like assault on civil liberties Romney and other establishment RINOs.

But Donald Trump ley it be known that Trump will support conservatives in Congress if swamp RINOs like Mitt Romney try to run them out in the 2022 primaries.

Marjorie Taylor Greene tweeted out that she had a great call with Donald Trump and that Trump supported her 100 percent in her next election.

“I had a GREAT call with my all time favorite POTUS, President Trump! I’m so grateful for his support and more importantly the people of this country are absolutely 100% loyal to him because he is 100% loyal to the people and America First,” Greene wrote.

Greene added that she would never back down to the socialists or the Never Trump traitors that wanted to drive Donald Trump and his 75,000,000 voters out of American life.

“I won’t back down. I’ll never apologize. And I’ll always keep fighting for the people. For me, it’s America First!!! Any elected politician that isn’t putting America First doesn’t deserve their position or the people’s trust,” Greene added.

Greene turned the tables on socialist members of Congress like Ilhan Omar and Cori Bush for trying to expel her from Congress when they were the ones that actually supported terrorism and insurrection by egging on the Black Lives Matter and Antifa riots last summer.

“They condoned devastating shutdowns while the rules didn’t apply to them who wined and dined maskless, while the masses have been left in ruins. They promoted, supported, cheered, and funded deadly violent Antifa/BLM riots that burned cities, attacked our police,” Greene added.

Greene also noted that RINOs like Romney and Liz Cheney didn’t lift a finger or say a peep to defend the American people from billions of dollars in property damage and dozens of lost live in the Black Lives Matter riots this summer, but had no issue with tens of thousands of armed troops on the streets of the Capitol to protect the elite.

“After the Capitol attack, 30,000 National Guard were brought in to secure the Capitol and protect the elites. Yet where was this type of protection for all of the people and American cities that have been ravaged over the last year?” Greene added.

Democrats and the fake news media targeted Greene for destruction because Greene was the first Republican to fight back against Biden by introducing articles of impeachment.

Swamp RINOs like Romney want to take out Greene because it would signal that the establishment purged Donald Trump and his voters from the party and they can go back to the pro-amnesty, pro-globalist trade deal, pro-endless war business as usual that dominated Republican Party politics until Donald Trump came along and blew up the status quo,