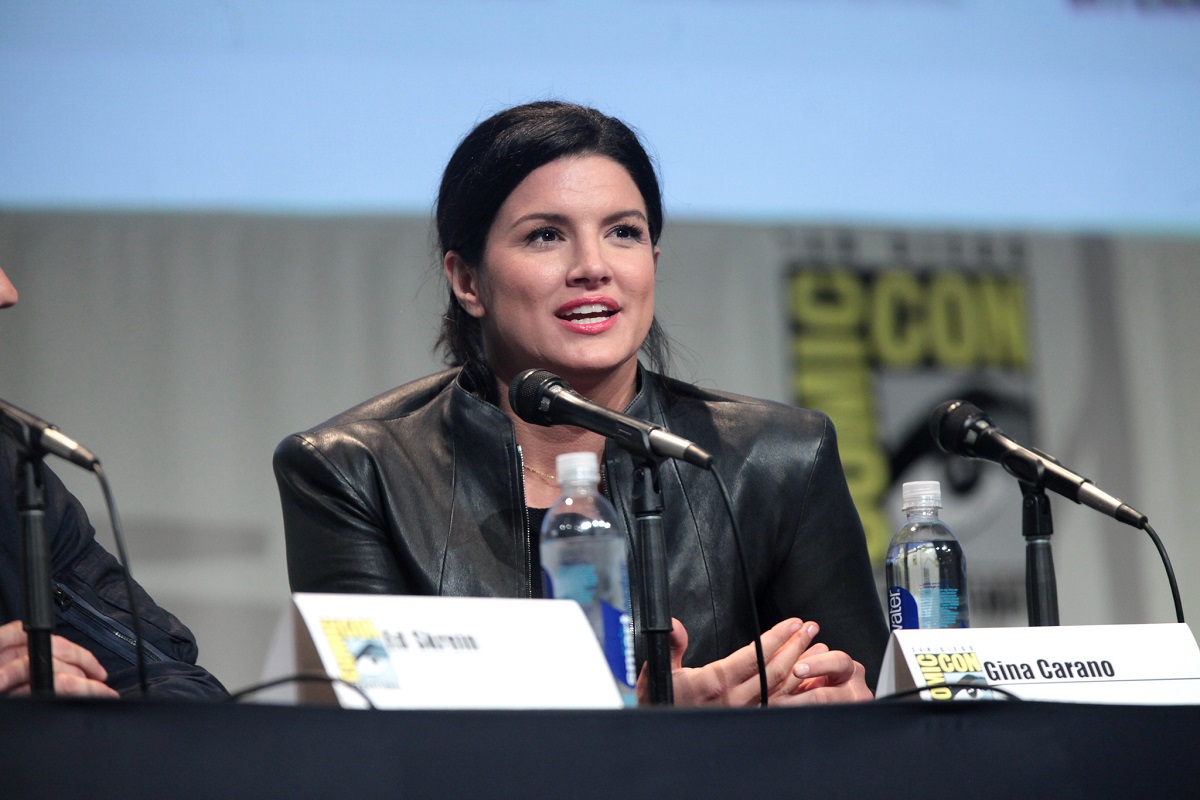 Some in Hollywood are blowing the whistle.

And Disney Fired a Trump supporting Actress because she told this bombshell truth.

Last September Disney received backlash when the credits of the 2020 Mulan movie thanked four Chinese Communist Party propaganda departments and a public security bureau in the region of Xinjiang.

Disney publicly thanked governmental bodies that are herding up millions of Uyghur minorities into concentration camps where they are tortured, forcibly sterilized and indoctrinated.

But while Disney is comfortable doing business with people actually running concentration camps they fired conservative actress Gina Carano for a post that they alleged was offensive.

Carano reposted a screenshot of another person’s post that said:

“Jews were beaten in the streets, not by Nazi soldiers but by their neighbors…even by children.

‘Because history is edited, most people today don’t realize that to get to the point where Nazi soldiers could easily round up thousands of Jews, the government first made their own neighbors hate them simply for being Jews. How is that any different from hating someone for their political views?’”

The explanation they gave was “social media posts denigrating people based on their cultural and religious identities are abhorrent and unacceptable.”

Of course this was merely an excuse on the part of Disney.

Pedro Pascal, Carano’s co-star in Disney’s “The Mandalorian,” compared the Trump administration to Nazis in 2018 and was still employed by the show.

According to The Hollywood Reporter, LucasFilm wanted to fire Carano from “The Mandalorian” series since last November.

“We need to clean up the election process so we are not left feeling the way we do today. Put laws in place that protect us against voter fraud. Investigate every state. Film the counting. Flush out the fake votes. Require ID. Make Voter Fraud end in 2020. Fix the system.”

She also enraged the radical left by making “light of people including their preferred pronouns on social media by adding ‘beep/bop/boop’ to her Twitter bio.”

Now saying that elections should be safe is unacceptable among the Hollywood elite.

Carano was also dropped as a client from United Talent Agency following Disney firing her.

“Texan Gina Carano broke barriers in the Star Wars universe: not a princess, not a victim, not some emotionally tortured Jedi,” Cruz wrote. “She played a woman who kicked ass & who girls looked up to. She was instrumental in making Star Wars fun again”

“Of course Disney canceled her,” the senator added.