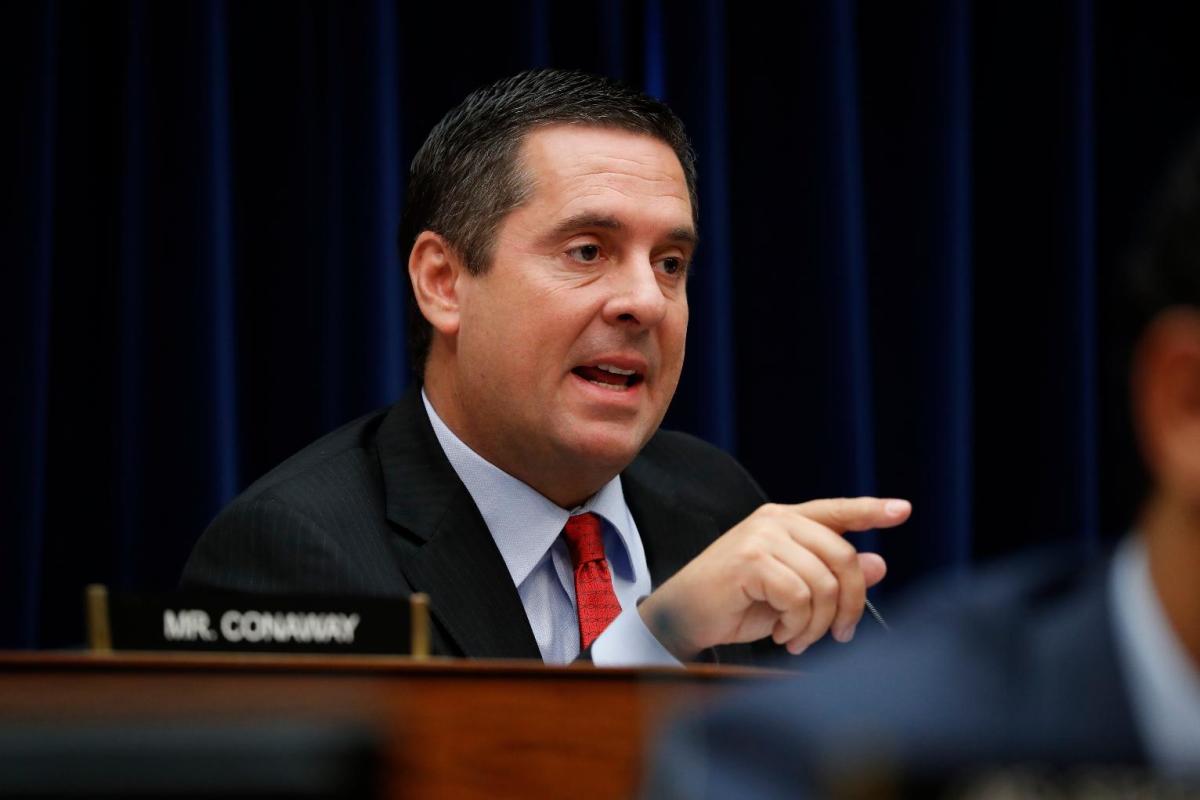 Obamagate is the biggest political crime in American history.

And Barack Obama thought he was going to get away with everything.

But then Devin Nunes stopped Barack Obama in his tracks with one truth.

The explosive documents revealed that the FBI fabricated the criminal pretext to interview Flynn and floated the possibility of using the interview to get Flynn fired or send him to jail.

But to Devin Nunes, this was just the tip of the iceberg.

In an interview on Fox News, Nunes suggested that the investigation into the origins of the Russian collusion hoax needed to expand beyond the FBI and how they allegedly fabricated the conspiracy theory that the Trump campaign colluded with Russia.

Nunes explained to host Maria Bartiromo that the investigation needed to dig into the controversial 2016 intelligence community assessment – which Nunes called the Obama dossier – that alleged the Russians supposedly meddled in the 2016 election to help Donald Trump win.

“I would say that we need the judge to do the right thing,” he said. “We need DOJ to do the right thing. We need these lawyers to be investigated. And I would say overall — Maria, we talked about this on your Sunday show. I told you that there are three reports that really need to be analyzed and investigated. One, of course, is the Steele, Fusion GPS, Clinton paid-for dossier. The other is the intelligence community assessment that was done right after the 2016 election. That needs to be investigated, which I call Obama’s dossier. And then, of course, there’s the Mueller report, which is the Mueller dossier also in how I define them,” Nunes began.

“There now needs to be an entire investigation of all of those people that were involved, all the lawyers, everybody from DOJ to FBI, all the way down because mostly likely this is — because we have already found discrepancies in that Mueller report,” Nunes continued.

The intelligence community assessment that Russia meddled in the election on Donald Trump’s behalf has never provided any evidence to back up this suspicious conclusion.

Four intelligence agencies – and not all 17 as Hillary Clinton and other Democrats claimed – dropped this stink bomb just before Donald Trump’s inauguration.

This report provided fodder for the fake news media and every Democrat in America to automatically conclude that Donald Trump was an illegitimate President.

Devin Nunes – as well as many Trump supporters – does not believe this happened by accident or was a legitimate conclusion.

As the evidence mounts, the Russian collusion hoax looks like a coordinated coup staged against the President that had its origins in the dying days of the Obama administration.