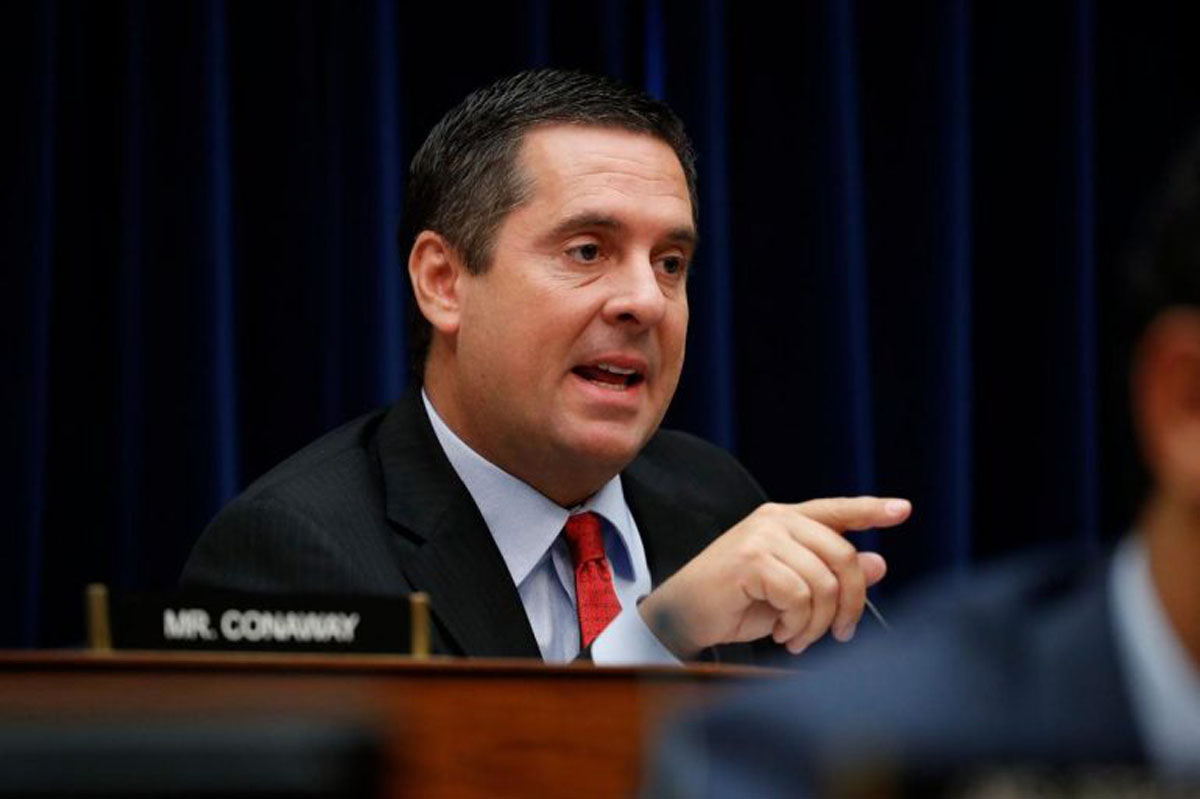 The greatest political crime in American history is playing out before Americans’ very eyes.

This scandal was the Washington, D.C. swamp at its worst.

But no one was prepared for when Devin Nunes picked a fight with Barack Obama that Republicans had been waiting for.

The Democrats have had the upper hand in investigating for the last few years.

Nancy Pelosi has proven just how dangerous Congress can be in the hands of the wrong person.

There has been investigation after investigation focused on making Trump look bad but the Democrats haven’t had to face the same kind of scrutiny themselves.

Pelosi and Schiff worked together to impeach Trump when he asked the Ukrainian President to investigate Joe Biden.

According to the Democrats’ current logic, Trump asking for an investigation of a political opponent is illegal but when the Obama administration lied and broke laws to spy on the Trump campaign without reason, they don’t have a problem with it.

The Democrats were trying to get Michael Flynn thrown in jail for lying to the FBI just to bolster their case against Trump.

The fact that Robert Mueller’s investigation brought charges against Flynn when there was clear evidence that the FBI set up a perjury trap for him and the FBI interview 302 form for Flynn is doctored places Mueller in the worst light.

There needs to be justice, and House Republicans have been going about their own investigation and have made criminal referrals over the years, House Intelligence Committee Ranking Member Devin Nunes told Fox News.

“[W]e’ve been running our own investigation, House Republicans have, for three-and-a-half years, and we’ve made our own criminal referrals. We have not — I don’t want to get into who we’ve specifically criminally referred, so I don’t want to play this cat-and-mouse game, so to speak, but I can tell you that we have not referred either Biden or Obama. So, I’ll kind of leave it at that, I guess,” Nunes said.

It seems rather unfair that Obama isn’t facing any consequences when there is clear evidence that he was involved in the intrigue that was directed at Flynn.

Obama knew about Flynn’s conversation with the Russian ambassador and questioned if he should treat Flynn differently because of it.

Joe Biden asked for Flynn to be unmasked the same day that the Washington Post published their piece exposing Flynn’s identity to the world.

The fact is that unlike the Democrats, the Republicans are doing the right thing and not moving to legal proceedings unless there is clear evidence that they directly committed a crime.

The way the Democrats have treated Trump is unfair, accusing the President of committing a high crime without evidence was an attempt to mislead the people.

The mainstream media is still attempting to mislead people and they’ve been trying to push the idea that all of Obama’s underhanded actions in regards to the Flynn case are just one of Trump’s conspiracies.

What Republicans are promoting is not a conspiracy or false charges against Obama and Biden.

The American people need to know the truth of what they did.