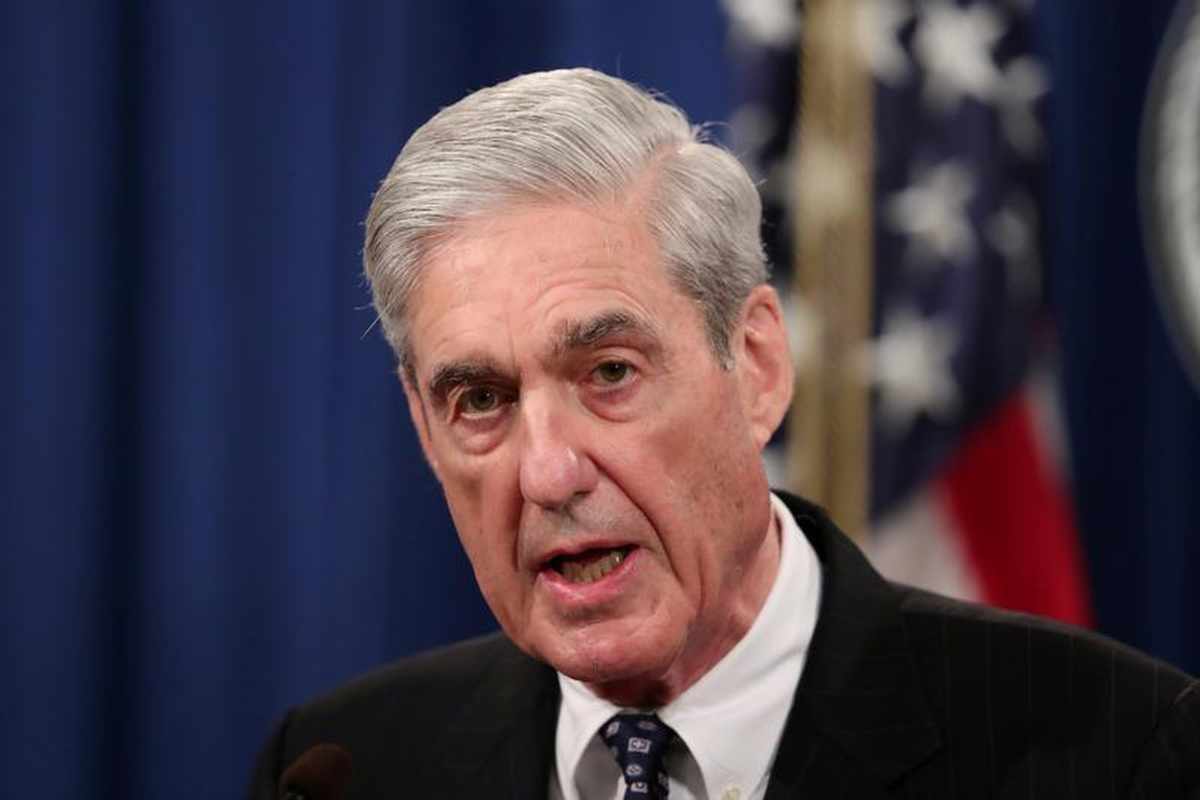 Democrats planned to use Robert Mueller’s public testimony to reignite the momentum behind impeaching President Trump.

But that scheme just collapsed.

And the Democrats plan to use this Robert Mueller smoking gun just backfired in one major way.

Mueller’s investigation into Russia smacked Democrats with the one piece of news that they feared above all.

His investigation proves that Trump didn’t collude with Russia and that the president is fully exonerated after being accused of being a Russian puppet for two years.

But Democrats aren’t going to let Trump off that easy, and instead, are insisting that Mueller’s report isn’t the end.

They are hosting their own investigations and even considering forcing Mueller to testify in front of the House Judiciary Committee.

Their subpoena will force him to answer their questions under the penalty of perjury.

Democrats are clearly hoping that Mueller will side with them, but Republicans are laughing at that idea.

Senate Judiciary Chairman Lindsey Graham talked about it with Sean Hannity, and believes that their Mueller subpoena will “blow up in their face.”

He laid out a very simple line of questioning that any Republican needs to ask to ensure that Democrats regret inviting Mueller:

“Well, bottom line is, after all of your looking and all the time you had and all the money you spent, did Trump collude with the Russians? No. Do you stand by your report? Yes. Did you turn it over to the attorney general to decide about obstruction? And the attorney general said I did, and I’m not going to revisit it. So, it is case closed for me. So, they can do anything they want to in the House, and I think it’ll blow up in their face.”

There’s no telling what Democrats have up their sleeves if they get Mueller in front of them.

It is likely he is simply their Hail Mary attempt to revive the Mueller investigation.

The American people understand that Mueller’s report proves Trump is innocent of collusion with Russia.

But Democrats are still refusing to concede to that fact.

And their allies in the media are willing to side with them.

If Mueller does appear before the House, you can expect the media to latch onto whatever talking points Democrats push out.

Mueller could directly say that the Democrats are wrong, and the media would still completely ignore that fact because it doesn’t fit their narrative.

But thankfully, the media has less of a hold on the American people than ever before.

CNN is losing viewers at a rapid pace, at unheard of levels.

Their viewership drop began immediately after the release of Robert Mueller’s report into Russia collusion.

So now even their own former viewers understand that CNN is fake news and that Mueller’s report exonerates Trump.

Do you think Mueller’s report proves Trump is innocent?