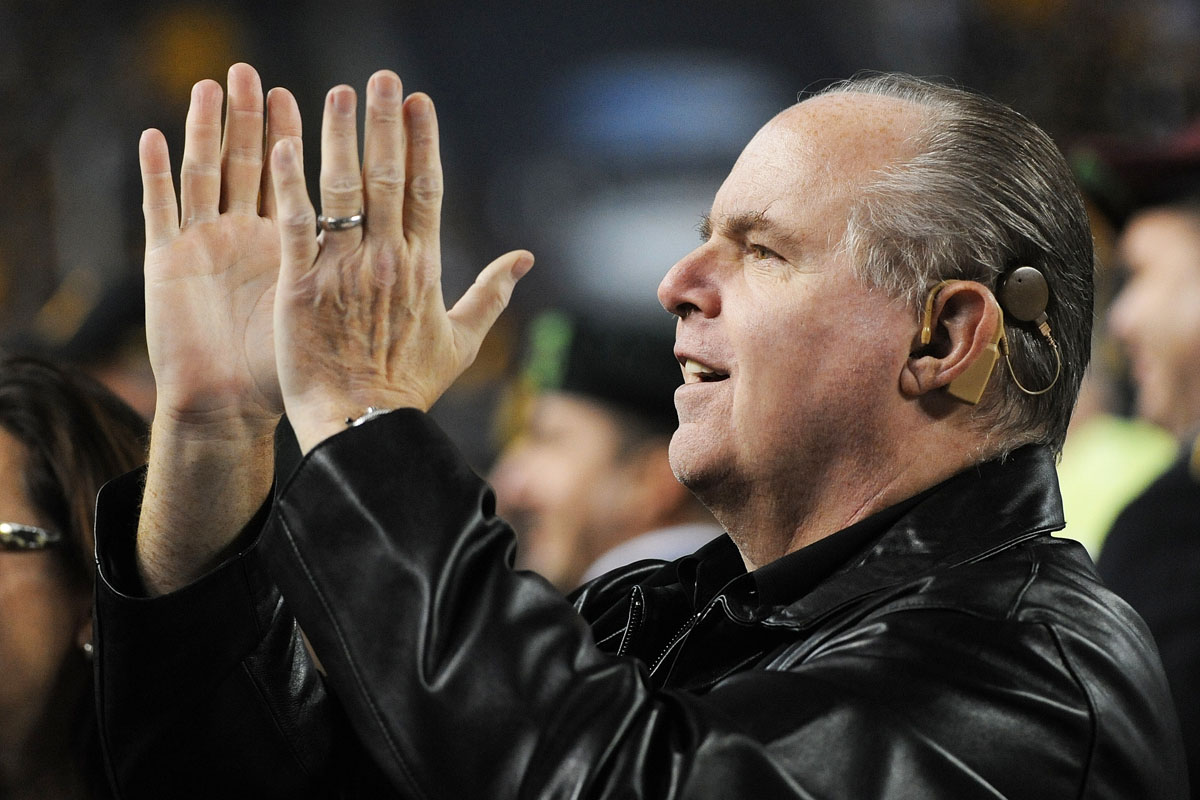 Now they finally may have stumbled upon a silver bullet to muzzle Rush.

And that’s because Democrats found this secret loophole to take Rush Limbaugh off the air.

An emerging narrative in the fake news media is that Fox News and conservative talk radio are to blame for the spread of the coronavirus in America by feeding their audience misinformation and lies about how the coronavirus was nothing more than “the flu.”

As Tucker Carlson detailed during a recent monologue, it was the fake news media that was downplaying the coronavirus.

You gonna tell me this man doesn’t righteously 360 windmill dunk on the rest of the mainstream media?

But that didn’t stop Axios co-founder Jim VandeHei from going on MSNBC and following the fake news script to a T, ranting and raving about how Rush Limbaugh and other conservative media outlets had blood on their hands by lulling red state governors into a false sense of security.

“What you’re seeing here, and this is a bigger problem for society, is information inequality,” VandeHei snarled. “Like, why did DeSantis do what he did? Why did Georgia wait so long? They were listening to President Trump. They were watching Fox News and listening to Rush Limbaugh. The information was there. In the information bubble, they were basically getting a lot of sort of noise and news pollution.”

But how could this end up with the left muzzling Rush Limbaugh for good?

There is a movement afoot by left-wing activists to force federal regulators to censor Donald Trump’s daily press briefings because they complain he “misleads” the public on matters of health.

Mollie Hemingway of The Federalist wrote, “An influential far-left media group has petitioned the Federal Communications Commission to develop a wide-ranging censorship plan of President Donald Trump’s press conferences. ‘Free Press,’ the group calling for the censorship of broadcasts of the press conferences, says in its petition that it’s a ‘life and death’ issue. They are asking the FCC to limit the public’s right to hear directly from the president about the federal government’s handling of the global pandemic, that any broadcasts of his press conferences come with a pronounced disclaimer, and that media figures with different political views than the progressive organization be further censored.”

If Joe Biden wins the 2020 election, Biden can then appoint a majority of members on the Federal Communications Commission.

Medical experts believe there could be a more mild resurgence of the coronavirus outbreak in 2021.

Democrats believe in “never letting a crisis go to waste.”

If they seize power in the 2020 election, conservatives have little doubt they will leverage any coronavirus outbreak – no matter how mild – to stamp out any political opposition.

And that could start with muzzling Rush Limbaugh once and for all.