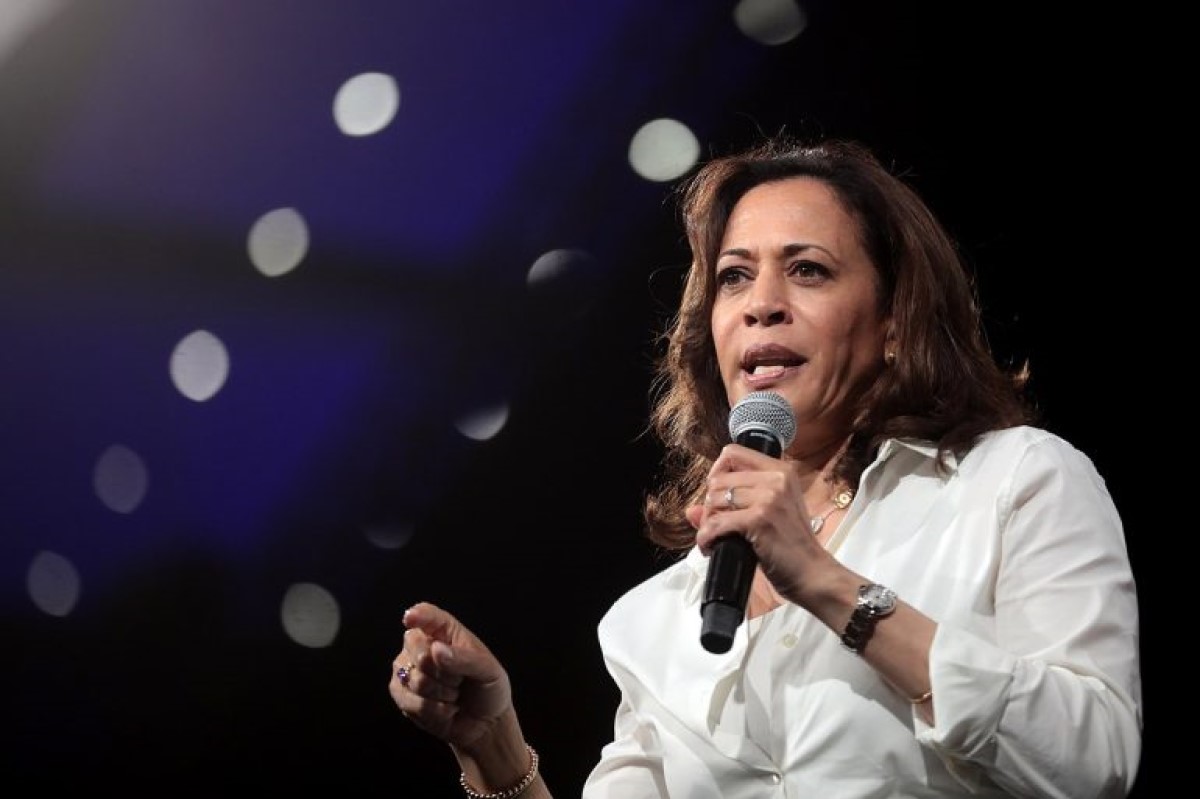 Kamala Harris continues to be a political liability for Democrats.

There is no escaping the truth.

And Democrats are all afraid to admit what Kamala Harris just did.

Joe Biden’s handlers understood that Biden – who will turn 82 in 2024 – was unlikely to run for a second term due to the fact that it would be dangerous, dishonest and threaten American national security to present a clearly cognitively impaired Biden as someone who could serve as president until they turn 86.

But the illegal alien invasion got worse on Harris’ watch.

Harris also generated embarrassing headlines over not being able to answer a simple question from NBC’s Lester Holt about when she would visit the southern border.

Biden then put Harris in charge of the Democrats’ voter fraud bill.

That power grab to put the federal government in charge of elections and imposing nationwide universal mail-in voting while gutting voter ID died in a Senate filibuster.

Finally, Biden handed Harris the job as the chair of the administration’s National Space Council.

Polls show that Harris is even more unpopular than Biden and in the likely event that Joe Biden does not run for re-election in 2024 Harris’ weakness will invite a wide open, costly, and bloody primary as Democrats such as Gavin Newsom, Pete Buttigieg, Hillary Clinton, J.B. Pritzker, Phil Murphy, and maybe even Alexandria Ocasio-Cortez challenge Harris for the nomination.

The corporate press tried to circle the wagons around Harris as NASA prepared for the Artemis I rocket launch.

“Today is very much about showing the great work that happened here,” Harris declared at the Kennedy Space Center in Florida where Harris appeared on site to bask in the glow of what was supposed to be a successful launch.

POLITICO even played up the rocket’s launch as a chance for Harris to put a feather in her cap and reboot the narrative surrounding her failing time in office.

“It’s a big day for Harris. There have occasionally been snickers about the fact that the VP chairs the administration’s National Space Council. What exactly does she do in that role anyway? Well, today the potential upside of that curious assignment will take center stage,” POLITICO Playbook wrote.

But like everything else Harris touches, the Artemis I rocket turned to mush after technical issues delayed the launch.

NASA postponed its Artemis I launch Monday after issues emerged during countdown, delaying the debut of its towering rocket and its long-awaited mission to the moon.

The agency was slated to launch its Artemis I mission from the Kennedy Space Center during a two-hour launch window that opened at 8:33 a.m. ET, sending the Space Launch System (SLS) rocket and Orion capsule on a more than monthlong journey around the moon.

But NASA was unable to resolve a temperature problem identified with one of the four liquid-fueled engines, discovered with under two hours to go in the countdown.

Kamala Harris is a political albatross for the Democrat Party.

Harris is unlikeable, unpopular and a failure at everything she’s ever attempted in politics.

Democrats know they can’t run Harris as their candidate in 2024.