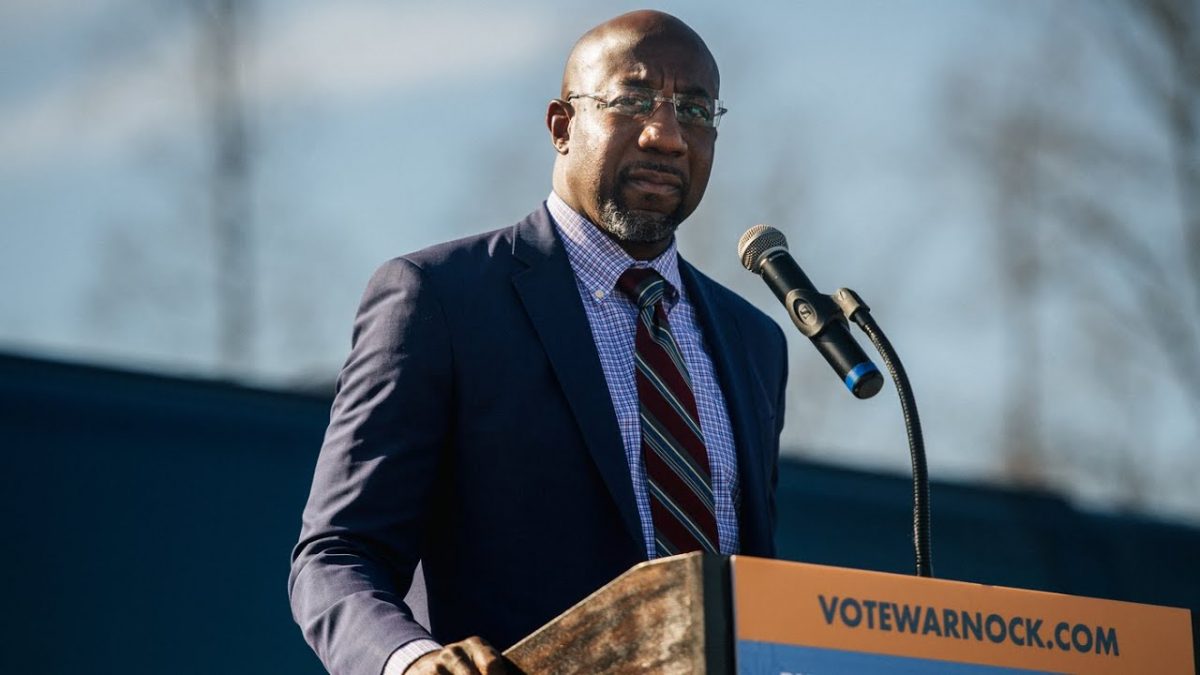 Democrats were caught off guard.

Now the left is in a panic.

And this top Democrat was linked to a major voting irregularity investigation.

Sen. Raphael Warnock was marked by numerous scandals that showed a reportedly unethical side of his personal life.

He was arrested in 2002 for allegedly obstructing a child abuse investigation by Maryland State Police at his church’s sleepaway camp that he oversaw.

A 2020 video also emerged of Oulèye Ndoye Warnock telling police how her then-husband ran over her foot with a car during an argument. Warnock denied the allegation.

Now Warnock is under investigation after allegations that an organization he was running engaged in voter registration misconduct.

On Wednesday, the Georgia State Election Board voted 3-0 in order to investigate the New Georgia Project, which was founded by failed politician Stacey Abrams.

“Warnock, a Democrat elected last month to the U.S. Senate, is named as a respondent in the case because he was listed as the CEO for the New Georgia Project at the time,” The Atlanta Journal-Constitution reported, later adding that the organization claims that its own documents misidentified Warnock as the CEO when he was board chairman.

Since the organization claims to have mishandled its own internal documents, it’s unsurprising that they allegedly mishandled voter registrations.

“Today’s State Election Board meeting was the first time we heard about the allegations regarding NGP’s important voter registration work from 2019,” New Georgia Project CEO Nse Ufot said in a statement. “We have not received any information on this matter from the Secretary or any other Georgia official.”

This isn’t the only open case against the New Georgia Project.

“There are allegedly cases where contractors for the New Georgia Project forged signatures and submitted incomplete forms,” AJC noted, which is also under investigation.

Georgia Secretary of State Brad Raffensperger stated that the New Georgia Project solicited a registration with five postcards “for the same dead person” and a woman in New York received postcards to her home encouraging her to register to vote for the Georgia Senate runoffs.

Warnock resigned his position with the New Georgia Project on January 28, 2020.

Because Warnock was elected in a special election, he will not be serving a full term and will be up for reelection in 2022.