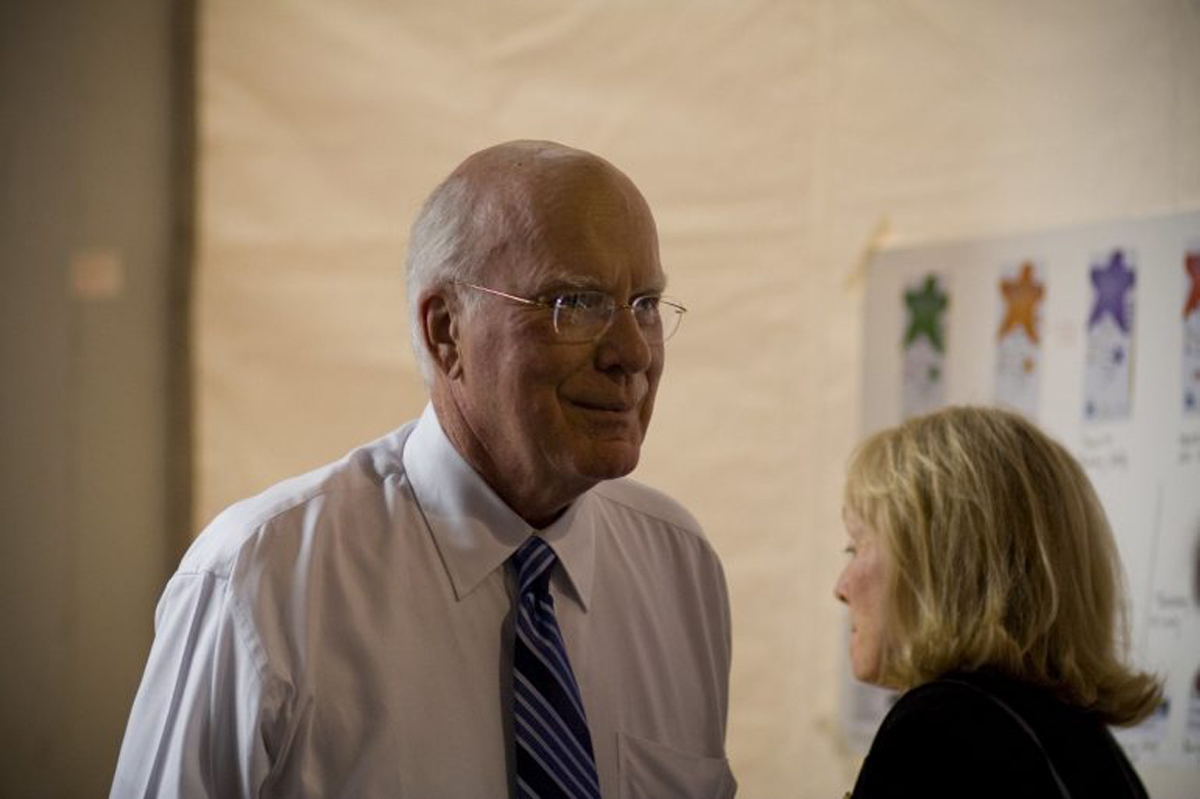 The Democrats were hoping to use a second impeachment trial to deliver the rebuke to Donald Trump that failed to materialize during the election.

But now everything is turned upside down.

And one Democrat ending up in hospital was bad news on impeachment.

Democrats experienced a letdown on election night when Joe Biden narrowly eked out the presidency by about 44,000 votes in the three tipping point states of Arizona, Georgia and Wisconsin.

Fake news media “reporters” and elected Democrats were dreaming of a historical landslide win by Joe Biden to repudiate Trump and his movement for all time.

Democrats channeled that anger into pressing forward with a second impeachment claiming Donald Trump incited the January 6 riot at the Capitol.

But on the day senators were sworn in as jurors, Democrats suffered twin setbacks.

First, President Pro Tempore Patrick Leahy of Vermont who was set to preside over the impeachment trial was rushed to the hospital.

“This evening, Senator Leahy was in his Capitol office and was not feeling well,” a Leahy spokesman announced. “Out of an abundance of caution, the Attending Physician recommended that he be taken to a local hospital for observation, where he is now, and where he is being evaluated.”

Americans were relieved to hear medical tests came back negative and Leahy was in good health.

“After getting test results back, and after a thorough examination, Senator Leahy now is home.  He looks forward to getting back to work,” Leahy’s spokesman subsequently stated.

Kentucky Senator Rand Paul argued that the Constitution dictated that the chief justice would preside over an impeachment trial of the President.

Since Donald Trump was not the President and the chief justice was not presiding, the Senate could not hold a constitutionally valid impeachment trial for Donald Trump.

Paul put forth a motion to dismiss the House of Representatives’ article of impeachment on the grounds it was unconstitutional.

Forty-five Republicans voted to end the process by junking the article of impeachment due to it being unconstitutional.

Appearing on Fox News primetime, Senator Paul boasted that 45 Republicans voting to dismiss the article of impeachment on the basis of it being unconstitutional meant that Democrats would never win over the 17 Republicans necessary to reach the 67-vote threshold to convict Trump and therefore impeachment was “dead on arrival.”

“So what does that mean? It means that impeachment — the trial is dead on arrival. There will be a show, there will be a parade of partisanship, but the Democrats really will not be able to win. They will be able to play a partisan game that they wish to play. But it’s all over. This shows they don’t have the votes to win,” Paul told host Maria Bartiromo.

Democrats thought the emotion of the moment immediately following the January 6 riot at the Capitol would lead them to inflict the historical rebuke of Donald Trump that failed to materialize on election night.

But now Democrats are beginning to realize that Donald Trump could emerge in a stronger position from a second impeachment trial.

Republican senators voting en masse to acquit the President will prove that even though he’s out of office, President Trump still holds a vice-like grip on power in the Republican Party.