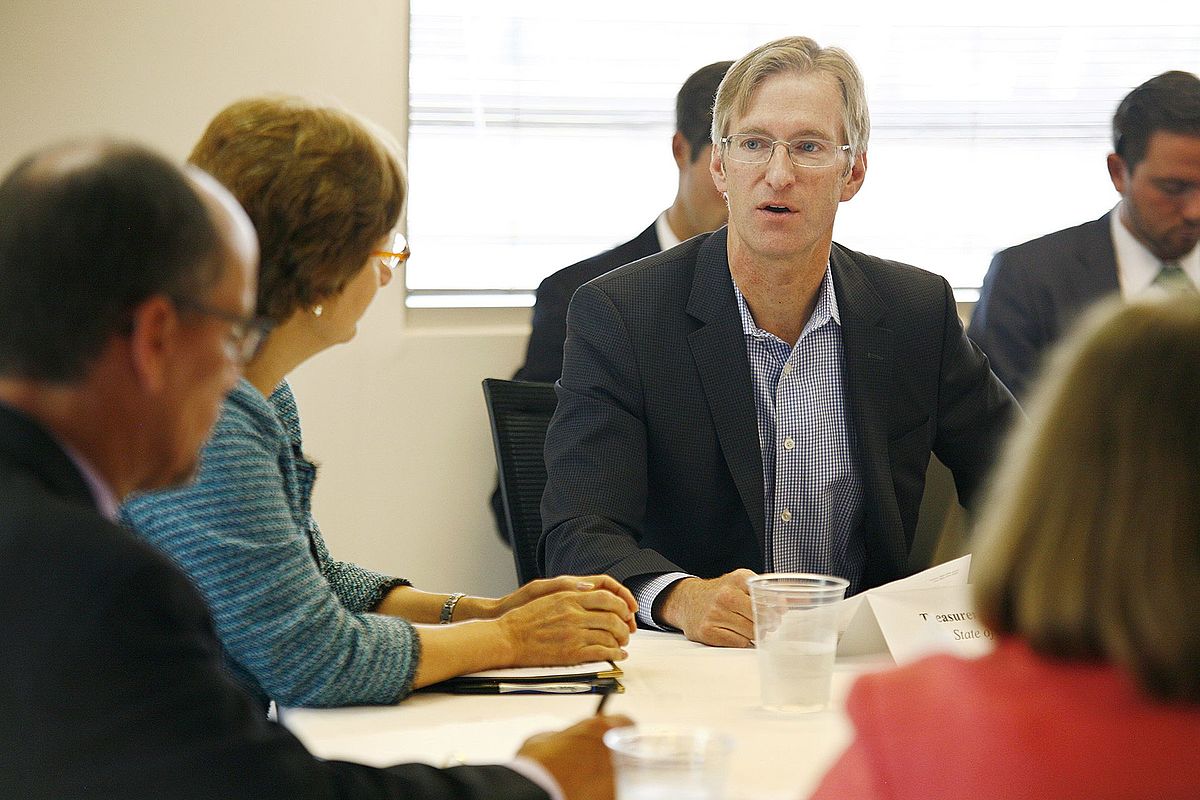 This dangerous strategy came back to bite the left.

And now this Democrat fled the scene of a crime after this video surfaced.

No elected Democrat in America has been more accommodating of Antifa and Black Lives Matter terrorists than Portland Mayor Ted Wheeler.

For years, Wheeler gave violent Antifa rioters a free pass to wreak havoc in the streets of Portland.

And over the last 90 days, Wheeler’s hands-off approach turned the city streets over to violent mobs of Black Lives Matter and Antifa terrorists.

But despite the fact that Wheeler bent over backwards to accommodate the rioters, the mob turned on Wheeler.

Black Lives Matter and Antifa in Portland want to eliminate the police.

Because Wheeler has not yet agreed to that demand, rioters gathered outside his apartment complex and started a fire even throwing a picnic table in to accelerate the blaze.

Black Lives Matter and Antifa goons also broke into a dentist’s office and stole office supplies and a dentist chair to add to the fire.

Rioters even tried to burn Wheeler’s building down by throwing lit newspapers into a storefront in the lobby of the apartment complex.

Video of the incident shocked Americans.

This situation is now beyond a protest.

Innocent people live in that building and Wheeler was rightly afraid for both his and their safety.

In an email to the building’s residents, Wheeler announced he was fleeing the building to an undisclosed location to prevent rioters from killing them if they try to burn Wheeler’s apartment complex down again.

“I want to express my sincere apologies for the damage to our home and the fear that you are experiencing due to my position,” Wheeler wrote to his neighbors. “It’s unfair to all of you who have no role in politics or in my administration.”

Wheeler absconding into hiding came just days after Wheeler sided with the mob and made a public display of rejecting President Trump’s offer of federal assistance to end the riots.

President Trump took note of the rioters driving Mayor Wheeler from his home and noted that he should have taken up the offer of support to end the riots.

“Mayor Wheeler just got harassed out of his own home in Portland by so-called ‘friendly protesters’. The Anarchists, Agitators and Looters treat him HORRIBLY, even though he is so nice and respectful to them. Criminals only understand strength!” the President wrote on social media.

“Do you seriously wonder, Mr. President, why this is the first time in decades that America has seen this level of violence? It’s you who have created the hate and division.

“The tweets that he has been putting out in the last 48 hours attacking Democratic mayors, attacking those who are trying to bring resolution to the violence in their local communities. He has an opportunity to uplift us and bring us together and help us move through this difficult situation in our nation’s history,” Mayor Wheeler responded.