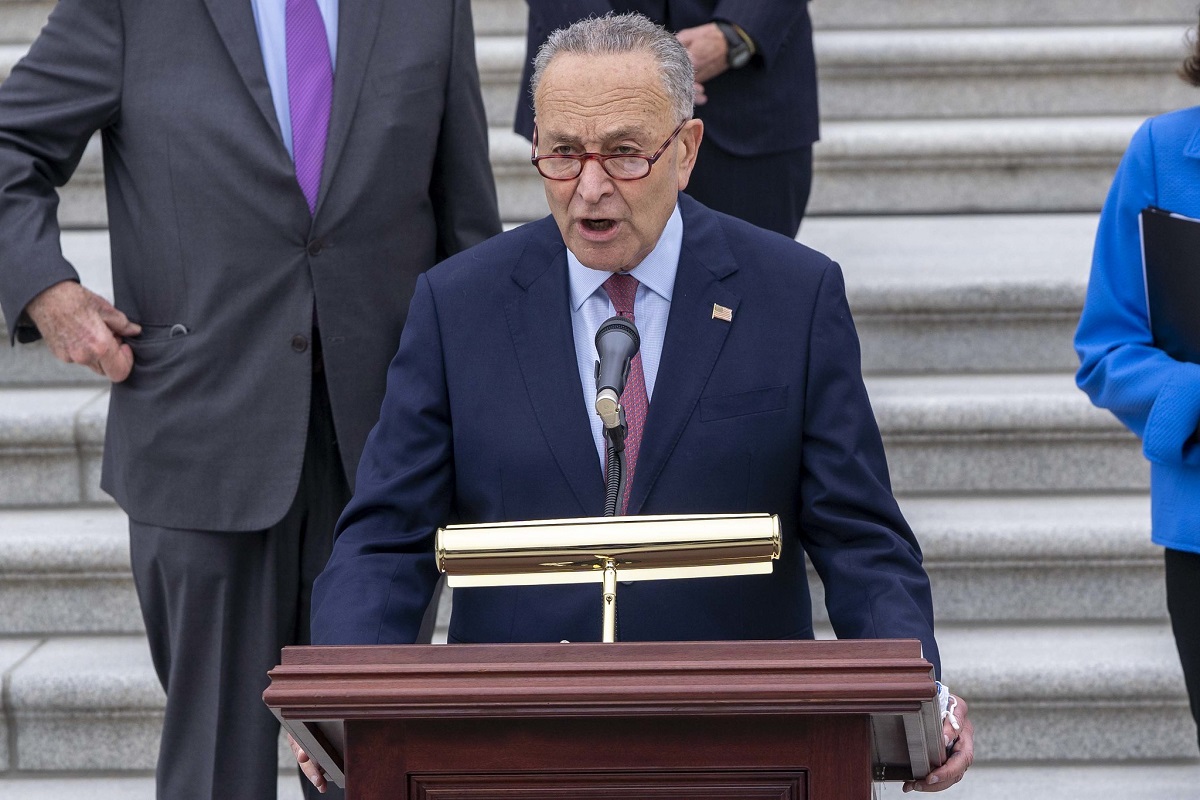 Chuck Schumer has no room for a mistake.

But one just happened.

A bombshell criminal case is going to cause one huge headache for Chuck Schumer.

The Senate seat held by Wisconsin Republican Ron Johnson is the lynchpin to both parties’ strategy to holding the majority after the 2022 midterms.

Democrats and Republicans each hold 50 seats and if Republicans hold Johnson’s seat they can target races in Georgia, Arizona, New Hampshire and Nevada to find the one seat to flip to reclaim the majority.

But now Democrats have a problem in Wisconsin.

A Milwaukee Alderwoman running for Wisconsin’s US Senate Seat is accused of pocketing tens of thousands of dollars in campaign finances through reimbursements made by the city and using campaign finances for personal uses.

Alderwoman Chantia Lewis, who announced she is running for US Senate as a Democrat on July 21, faces five charges, including:

The criminal complaint alleged that Lewis withdrew money from her campaign account and transferred it to her personal accounts.

“She misappropriated funds belonging to her campaign by depositing campaign contributions into her personal bank accounts, as well as using campaign funds to pay for personal expenses. Lewis further falsely represented to the City of Milwaukee that she was owed reimbursement for expenses incurred on City-travel, when in fact she paid for those expenses out of her campaign account. All of these behaviors were in excess of her authority and were done without consent,” prosecutors wrote.

Lewis claimed this was all the mistaken result of inexperienced staff members that improperly followed campaign finance reporting laws.

“We will make the necessary corrections. But make no mistake, I am innocent of any criminal wrongdoing. As a first-time candidate in 2016, and like many first-time grassroot candidates, I self-funded much of my campaign. My campaign was run by my family and a team of amazing supporters. We did our very best to run a positive and compliant campaign. I am confident, that once this is over, I will be absolved,” Lewis stated.

Democrats are looking at a crowded field to challenge Johnson.

But Wisconsin is a slightly red-leaning swing state.

The wrong candidate could cost Democrats the race.

And whichever party wins the Wisconsin Senate campaign is likely to hold the majority in 2023.

If that is the GOP it will spell the end of the ability of Joe Biden to enact his legislative agenda.