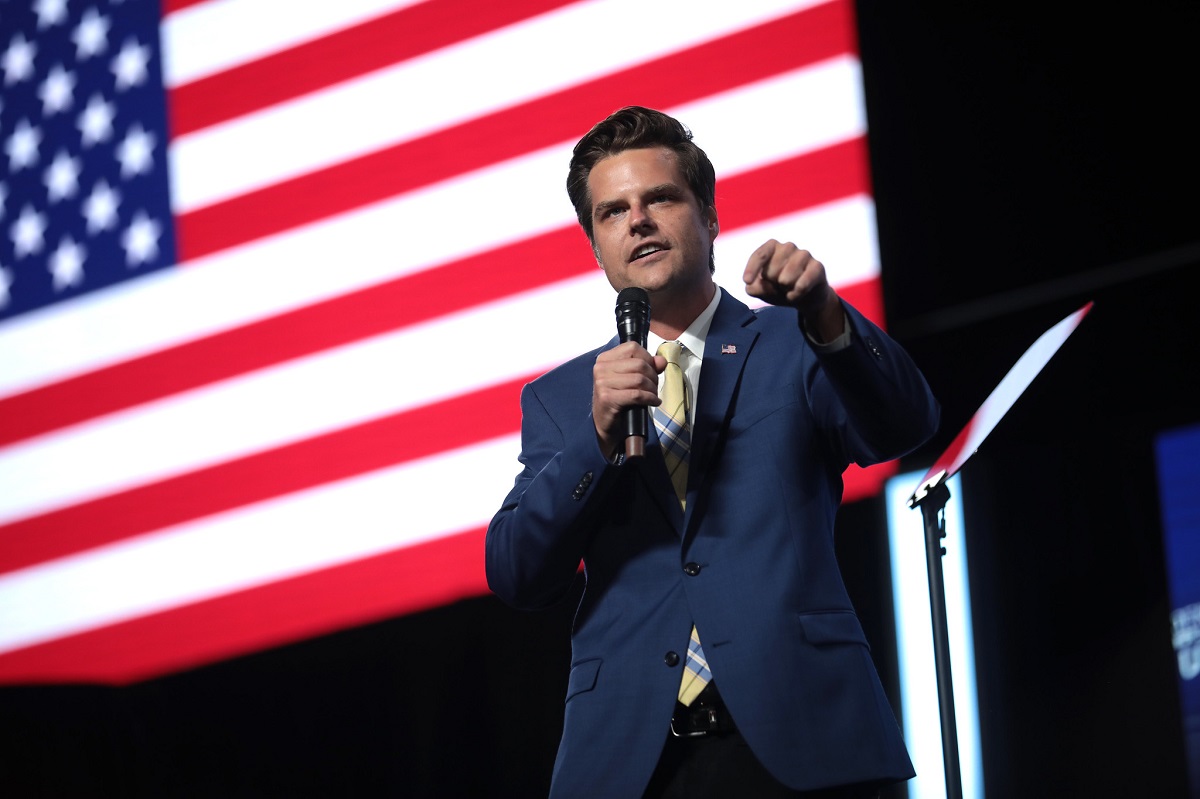 One of the biggest names in Congress is facing the heat.

The allegations are awful.

Now, this top Congressman is in big trouble after this sex scandal admission.

Florida Congressman Matt Gaetz accused Deep State prosecutors of trying to smear him with false allegations that he allegedly was involved in sex trafficking a 17-year-old girl.

Gaetz strongly denied the allegations and declared Joe Biden’s Justice Department only targeted him because he was a high-profile supporter of Donald Trump.

The latest twist in the case was The Daily Beast obtaining a letter from former Gaetz associate and former Seminole County Tax Collector Joel Greenberg to Trump ally Roger Stone.

Greenberg’s letter begged Stone to get Donald Trump to pardon him by outlining allegations against Gaetz claiming Gaetz slept with a 17-year-old girl.

“On more than one occasion, this individual was involved in sexual activities with several of the other girls, the congressman from Florida’s 1st Congressional District and myself,” Greenberg wrote.

Greenberg claimed that Gaetz would pay for gifts, travel and lodging for the women that the two slept with.

Greenberg added that the girl lied about her age claiming to be 19 when the two met her only to later confess that she was actually 17.

“Immediately I called the congressman and warned him to stay clear of this person and informed him she was underage,” Greenberg stated. “He was equally shocked and disturbed by this revelation.

“She apologized and recognized that by lying about her age, she endangered many people,” Greenberg added. “There was no further contact with this individual until after her 18th birthday.”

Greenberg also wrote that the other women the two slept with were all above age and that Gaetz and Greenberg would help out the women they dated financially—which is not a crime.

“All of the girls were in college or post college and it was not uncommon for either myself or the Congressman to help anyone [sic] of these girls financially, whether it was a car payment, a flight home to see their family or something as simple as helping pay a speeding ticket,” Greenberg stated.

A P.R. firm retained by Gaetz sent a statement to The Daily Beast denying all allegations and disputing the report that he slept with a 17-year-old girl or paid women for sex.

“Congressman Gaetz has never paid for sex nor has he had sex with a 17 year old as an adult. We are now one month after your outlet and others first reported such lies, and no one has gone on record to directly accuse him of either. Politico, however, has reported Mr. Greenberg threatening to make false accusations against others, which seems noteworthy for your story and in fact sounds like the entirety of your story. Congressman Gaetz has had no role in advocating for or against a pardon for Greenberg and doubts such a pardon was ever even considered,” Gaetz wrote.

There is reason to doubt Greenberg’s letter.

Greenberg was later indicted for sex trafficking and could have been playing up the allegations against Gaetz in hopes of convincing Trump that his ally was in danger and spurring Trump to act on the pardon request.

The Justice Department’s investigated Gaetz for months with no charges filed and no one stepping forward to make any allegations.

That’s why many believe Gaetz is telling the truth and that this entire ordeal is a political hit job to destroy Matt Gaetz over his support for Donald Trump.